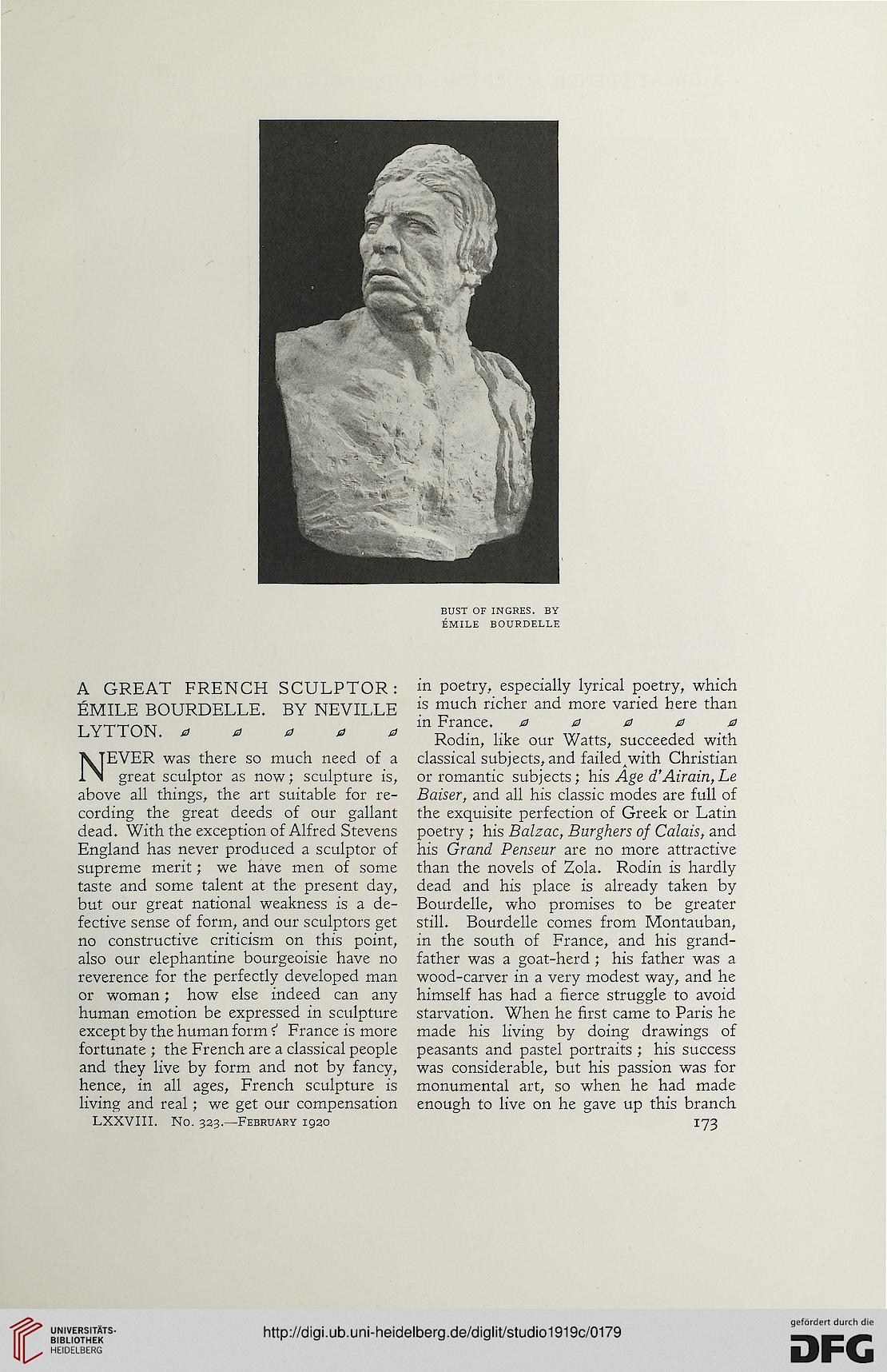 Information about OCR text
BUST OF INGRES. BY
EMILE BOURDELLE

NEVER was there so much need of a
great sculptor as now; sculpture is,
above all things, the art suitable for re-
cording the great deeds of our gallant
dead. With the exception of Alfred Stevens
England has never produced a sculptor of
supreme merit; we have men of some
taste and some talent at the present day,
but our great national weakness is a de-
fective sense of form, and our sculptors get
no constructive criticism on this point,
also our elephantine bourgeoisie have no
reverence for the perfectly developed man
or woman; how else indeed can any
human emotion be expressed in sculpture
except by the human form i France is more
fortunate ; the French are a classical people
and they live by form and not by fancy,
hence, in all ages, French sculpture is
living and real; we get our compensation
LXXVIII. No. 323.—February 1920

in poetry, especially lyrical poetry, which
is much richer and more varied here than
in France. 00000
Rodin, like our Watts, succeeded with
classical subjects, and failedAwith Christian
or romantic subjects; his Age d’Airain,Le
Baiser, and all his classic modes are full of
the exquisite perfection of Greek or Latin
poetry ; his Balzac, Burghers of Calais, and
his Grand Penseur are no more attractive
than the novels of Zola. Rodin is hardly
dead and his place is already taken by
Bourdelle, who promises to be greater
still. Bourdelle comes from Montauban,
in the south of France, and his grand-
father was a goat-herd ; his father was a
wood-carver in a very modest way, and he
himself has had a fierce struggle to avoid
starvation. When he first came to Paris he
made his living by doing drawings of
peasants and pastel portraits ; his success
was considerable, but his passion was for
monumental art, so when he had made
enough to live on he gave up this branch