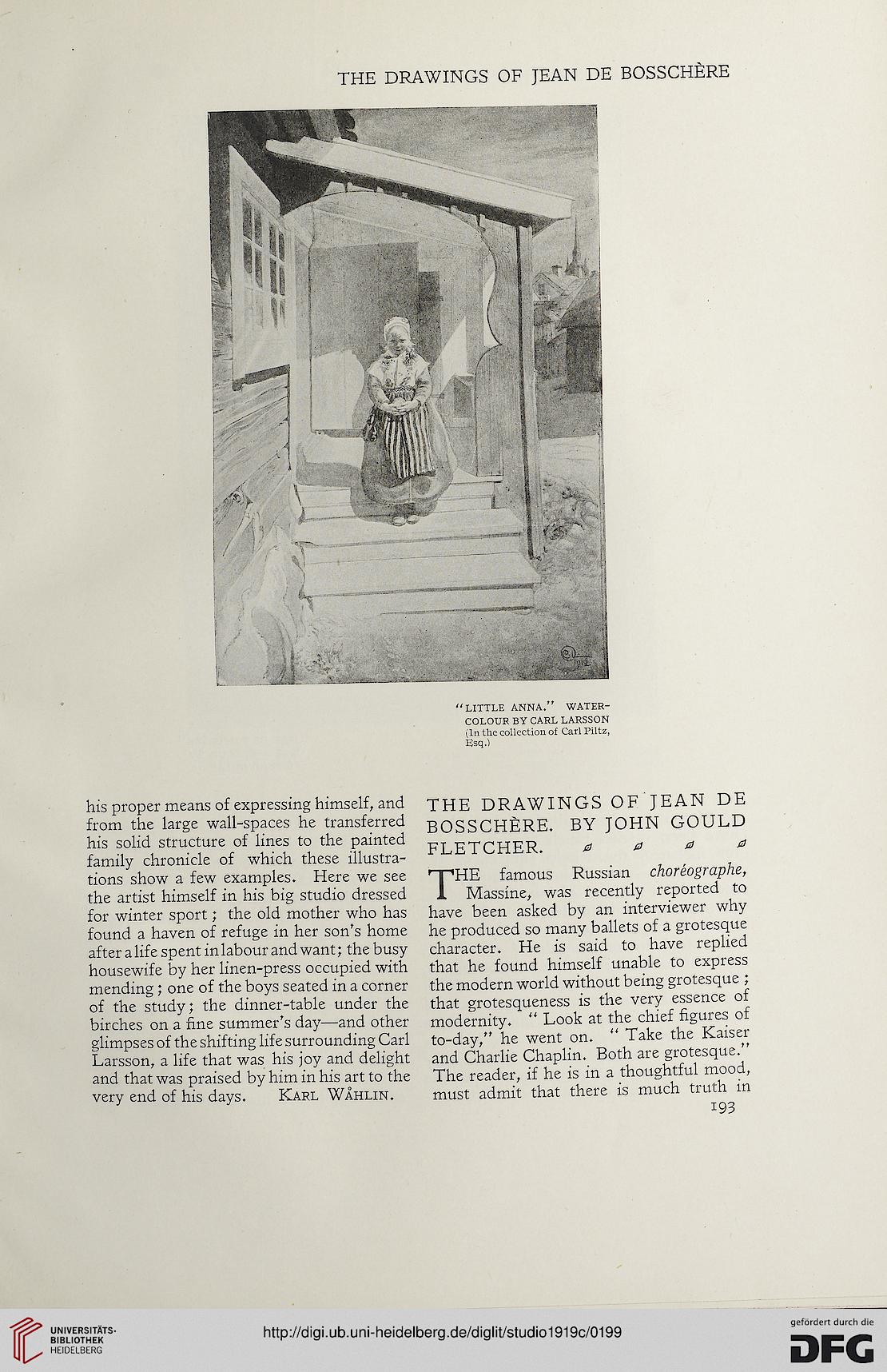 Information about OCR text
THE DRAWINGS OF JEAN DE BOSSCHERE

his proper means of expressing himself, and
from the large wall-spaces he transferred
his solid structure of lines to the painted
family chronicle of which these illustra-
tions show a few examples. Here we see
the artist himself in his big studio dressed
for winter sport; the old mother who has
found a haven of refuge in her son's home
after a life spent in labour and want; the busy
housewife by her linen-press occupied with
mending; one of the boys seated in a corner
of the study; the dinner-table under the
birches on a fine summer's day—and other
glimpses of the shifting life surrounding Carl
Larsson, a life that was his joy and delight
and that was praised by him in his art to the
very end of his days. Karl Wahlin.

THE DRAWINGS OF JEAN DE
BOSSCHERE. BY JOHN GOULD
FLETCHER. 0000

THE famous Russian choreographe,
Massine, was recently reported to
have been asked by an interviewer why
he produced so many ballets of a grotesque
character. He is said to have replied
that he found himself unable to express
the modern world without being grotesque ;
that grotesqueness is the very essence of
modernity. “ Look at the chief figures of
to-day," he went on. ** Take the Kaiser
and Charlie Chaplin. Both are grotesque."
The reader, if he is in a thoughtful mood,
must admit that there is much truth in