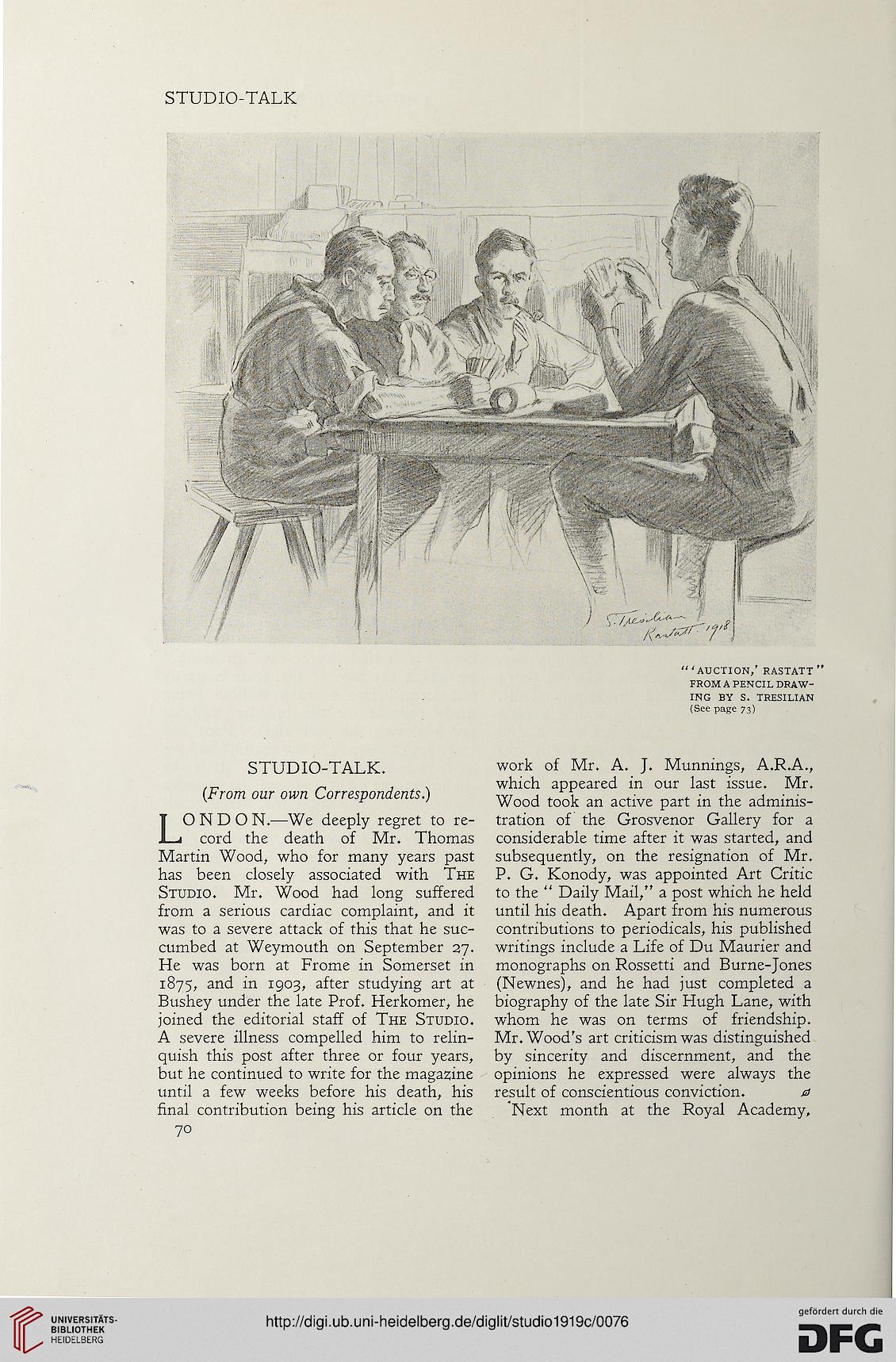 LO N D O N.—We deeply regret to re-
cord the death of Mr. Thomas
Martin Wood, who for many years past
has been closely associated with The
Studio. Mr. Wood had long suffered
from a serious cardiac complaint, and it
was to a severe attack of this that he suc-
cumbed at Weymouth on September 27.
He was born at Frome in Somerset in
1875, and in 1903, after studying art at
Bushey under the late Prof. Herkomer, he
joined the editorial staff of The Studio.
A severe illness compelled him to relin-
quish this post after three or four years,
but he continued to write for the magazine
until a few weeks before his death, his
final contribution being his article on the
70

work of Mr. A. J. Munnings, A.R.A.,
which appeared in our last issue. Mr.
Wood took an active part in the adminis-
tration of the Grosvenor Gallery for a
considerable time after it was started, and
subsequently, on the resignation of Mr.
P. G. Konody, was appointed Art Critic
to the “ Daily Mail/' a post which he held
until his death. Apart from his numerous
contributions to periodicals, his published
writings include a Life of Du Maurier and
monographs on Rossetti and Burne-Jones
(Newnes), and he had just completed a
biography of the late Sir Hugh Lane, with
whom he was on terms of friendship.
Mr. Wood's art criticism was distinguished
by sincerity and discernment, and the
opinions he expressed were always the
result of conscientious conviction. 0

Next month at the Royal Academy,

"‘AUCTION/ rastatt
FROM A PENCIL DRAW-
ING BY S. TRESILIAN