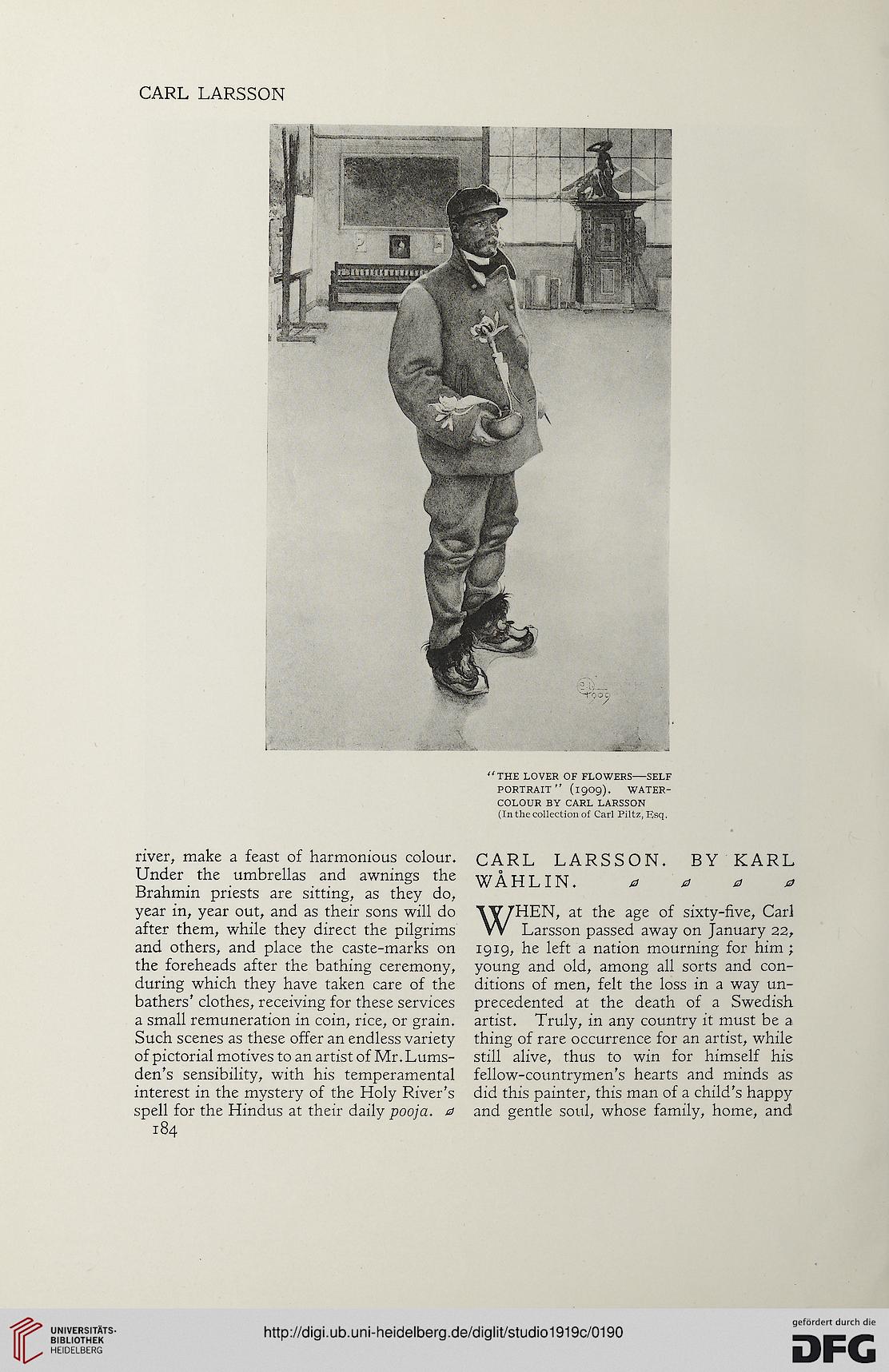 river, make a feast of harmonious colour.
Under the umbrellas and awnings the
Brahmin priests are sitting, as they do,
year in, year out, and as their sons will do
after them, while they direct the pilgrims
and others, and place the caste-marks on
the foreheads after the bathing ceremony,
during which they have taken care of the
bathers' clothes, receiving for these services
a small remuneration in coin, rice, or grain.
Such scenes as these offer an endless variety
of pictorial motives to an artist of Mr. Lums-
den's sensibility, with his temperamental
interest in the mystery of the Holy River's
spell for the Hindus at their daily pooja. 0
184

“ THE LOVER OF FLOWERS—SELF
PORTRAIT” (1909). WATER-
COLOUR BY CARL LARSSON

(In the collection of Carl Piltz.Esq.

WHEN, at the age of sixty-five, Carl
Larsson passed away on January 22,
1919, he left a nation mourning for him ;
young and old, among all sorts and con-
ditions of men, felt the loss in a way un-
precedented at the death of a Swedish
artist. Truly, in any country it must be a
thing of rare occurrence for an artist, while
still alive, thus to win for himself his
fellow-countrymen's hearts and minds as
did this painter, this man of a child's happy
and gentle soul, whose family, home, and