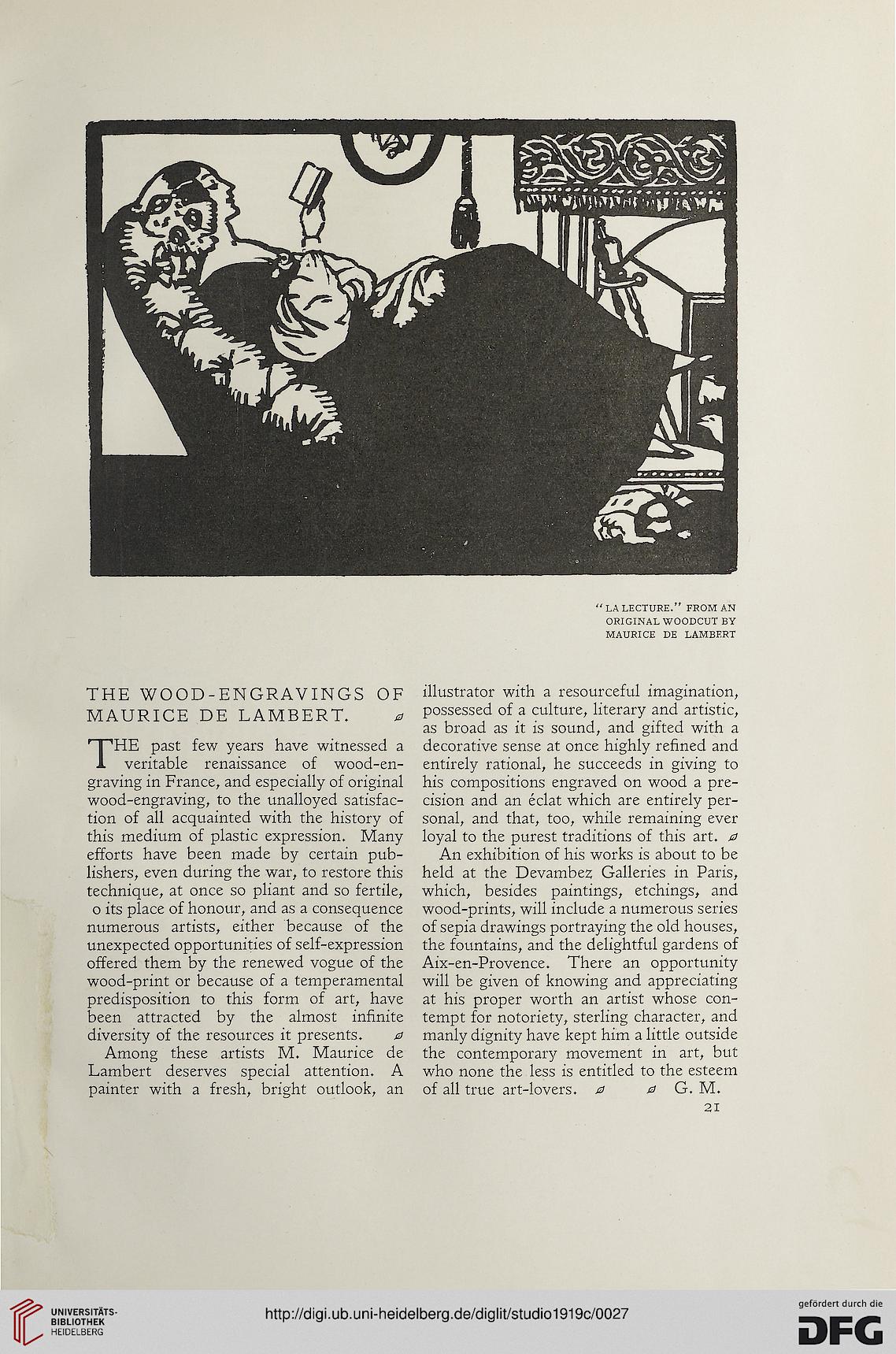 THE WOOD-ENGRAVINGS OF
MAURICE DE LAMBERT. a

THE past few years have witnessed a
veritable renaissance of wood-en-
graving in France, and especially of original
wood-engraving, to the unalloyed satisfac-
tion of all acquainted with the history of
this medium of plastic expression. Many
efforts have been made by certain pub-
lishers, even during the war, to restore this
technique, at once so pliant and so fertile,
o its place of honour, and as a consequence
numerous artists, either because of the
unexpected opportunities of self-expression
offered them by the renewed vogue of the
wood-print or because of a temperamental
predisposition to this form of art, have
been attracted by the almost infinite
diversity of the resources it presents. a
Among these artists M. Maurice de
Lambert deserves special attention. A
painter with a fresh, bright outlook, an

illustrator with a resourceful imagination,
possessed of a culture, literary and artistic,
as broad as it is sound, and gifted with a
decorative sense at once highly refined and
entirely rational, he succeeds in giving to
his compositions engraved on wood a pre-
cision and an eclat which are entirely per-
sonal, and that, too, while remaining ever
loyal to the purest traditions of this art. a
An exhibition of his works is about to be
held at the Devambez Galleries in Paris,
which, besides paintings, etchings, and
wood-prints, will include a numerous series
of sepia drawings portraying the old houses,
the fountains, and the delightful gardens of
Aix-en-Provence. There an opportunity
will be given of knowing and appreciating
at his proper worth an artist whose con-
tempt for notoriety, sterling character, and
manly dignity have kept him a little outside
the contemporary movement in art, but
who none the less is entitled to the esteem
of all true art-lovers. 0 0 G. M.