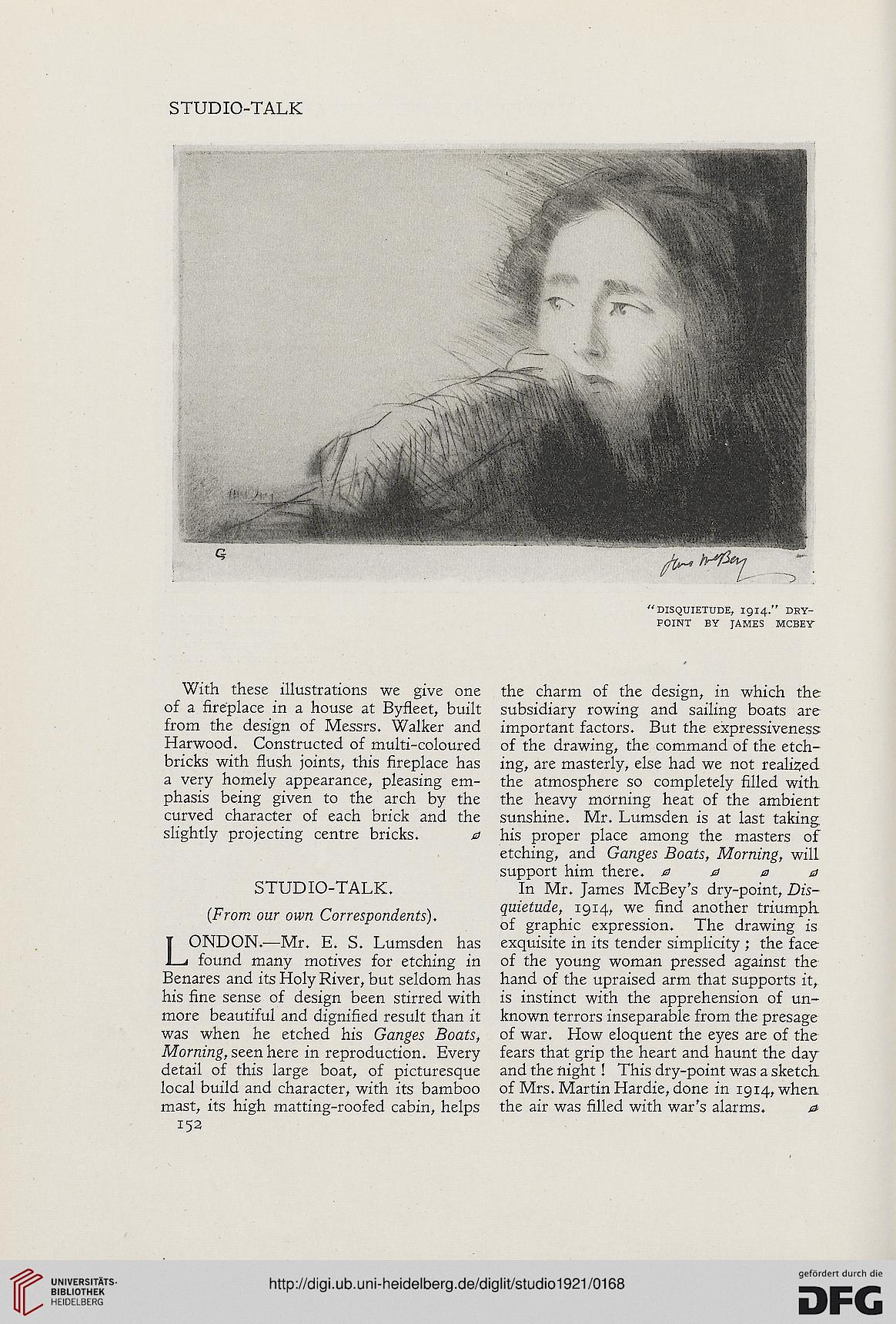 With these illustrations we give one the charm of the design, in which the
of a fireplace in a house at Byfleet, built subsidiary rowing and sailing boats are
from the design of Messrs. Walker and important factors. But the expressiveness
Harwood. Constructed of multi-coloured of the drawing, the command of the etch-
bricks with flush joints, this fireplace has ing, are masterly, else had we not realized
a very homely appearance, pleasing em- the atmosphere so completely filled with
phasis being given to the arch by the the heavy morning heat of the ambient
curved character of each brick and the sunshine. Mr. Lumsden is at last taking
slightly projecting centre bricks. 0 his proper place among the masters of

etching, and Ganges Boats, Morning, will
support him there. 0000

LONDON.—Mr. E. S. Lumsden has exquisite in its tender simplicity ; the face

Benares and its Holy River, but seldom has hand of the upraised arm that supports it,

was when he etched his Ganges Boats, of war. How eloquent the eyes are of the

Morning, seen here in reproduction. Every fears that grip the heart and haunt the day

detail of this large boat, of picturesque and the night! This dry-point was a sketch

local build and character, with its bamboo of Mrs. Martin Hardie, done in 1914, when

mast, its high matting-roofed cabin, helps the air was filled with war's alarms. 0
152