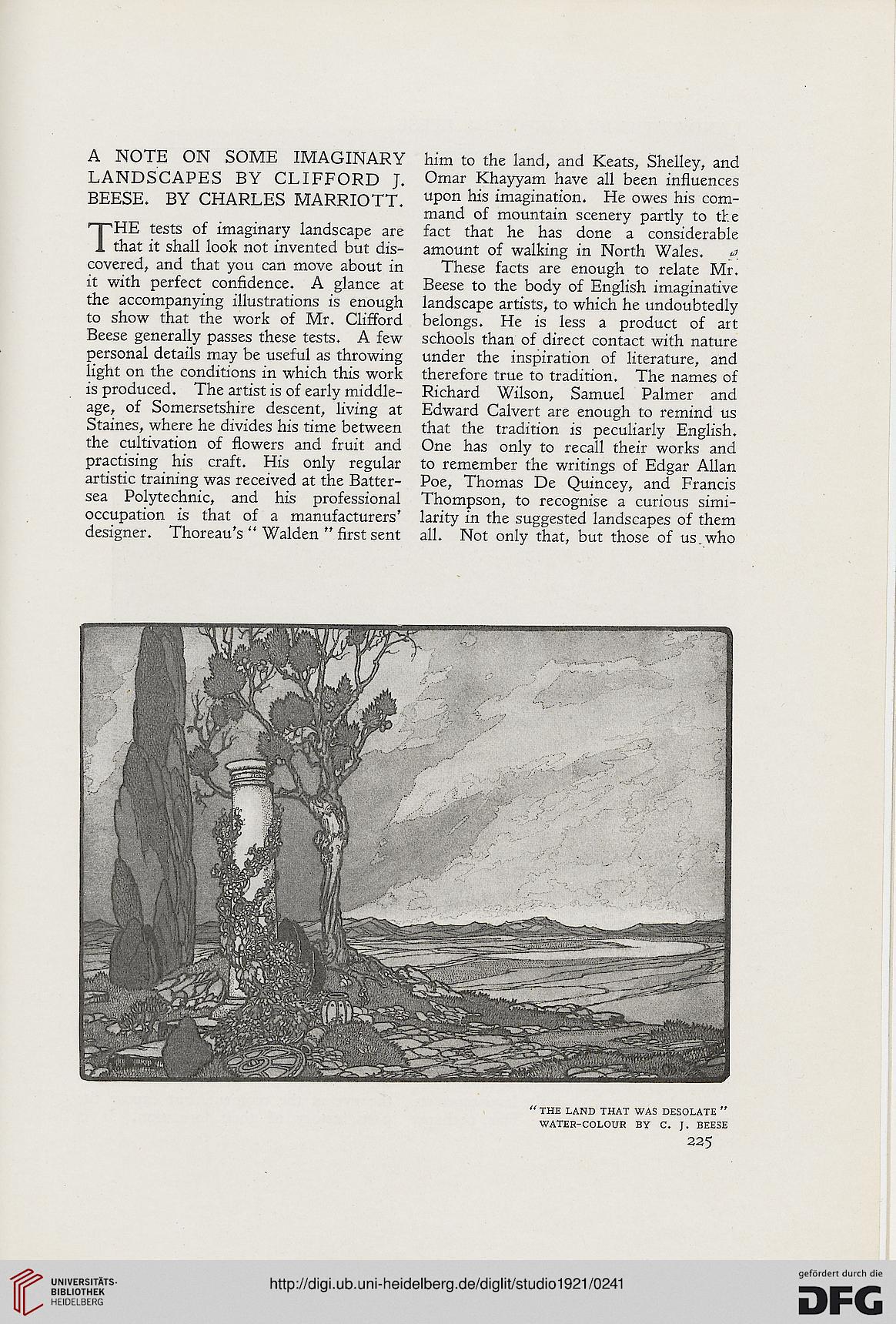 Hinweise zum OCR-Text
A NOTE ON SOME IMAGINARY him to the land, and Keats, Shelley, and

LANDSCAPES BY CLIFFORD J. Omar Khayyam have all been influences

BEESE. BY CHARLES MARRIOTT, upon his imagination. He owes his com-
mand of mountain scenery partly to the

that it shall look not invented but dis- amount of walking in North Wales. a

covered, and that you can move about in These facts are enough to relate Mr.

it with perfect confidence. A glance at Beese to the body of English imaginative

the accompanying illustrations is enough landscape artists, to which he undoubtedly

to show that the work of Mr. Clifford belongs. He is less a product of art

Beese generally passes these tests. A few schools than of direct contact with nature

personal details may be useful as throwing under the inspiration of literature, and

light on the conditions in which this work therefore true to tradition. The names of

is produced. The artist is of early middle- Richard Wilson, Samuel Palmer and

age, of Somersetshire descent, living at Edward Calvert are enough to remind us

Staines, where he divides his time between that the tradition is peculiarly English,

practising his craft. His only regular to remember the writings of Edgar Allan

artistic training was received at the Batter- Poe, Thomas De Quincey, and Francis

sea Polytechnic, and his professional Thompson, to recognise a curious simi-

designer. Thoreau's " Walden " first sent all. Not only that, but those of us. who

THE LAND THAT WAS DESOLATE "
WATER-COLOUR BY C. J. BEESE