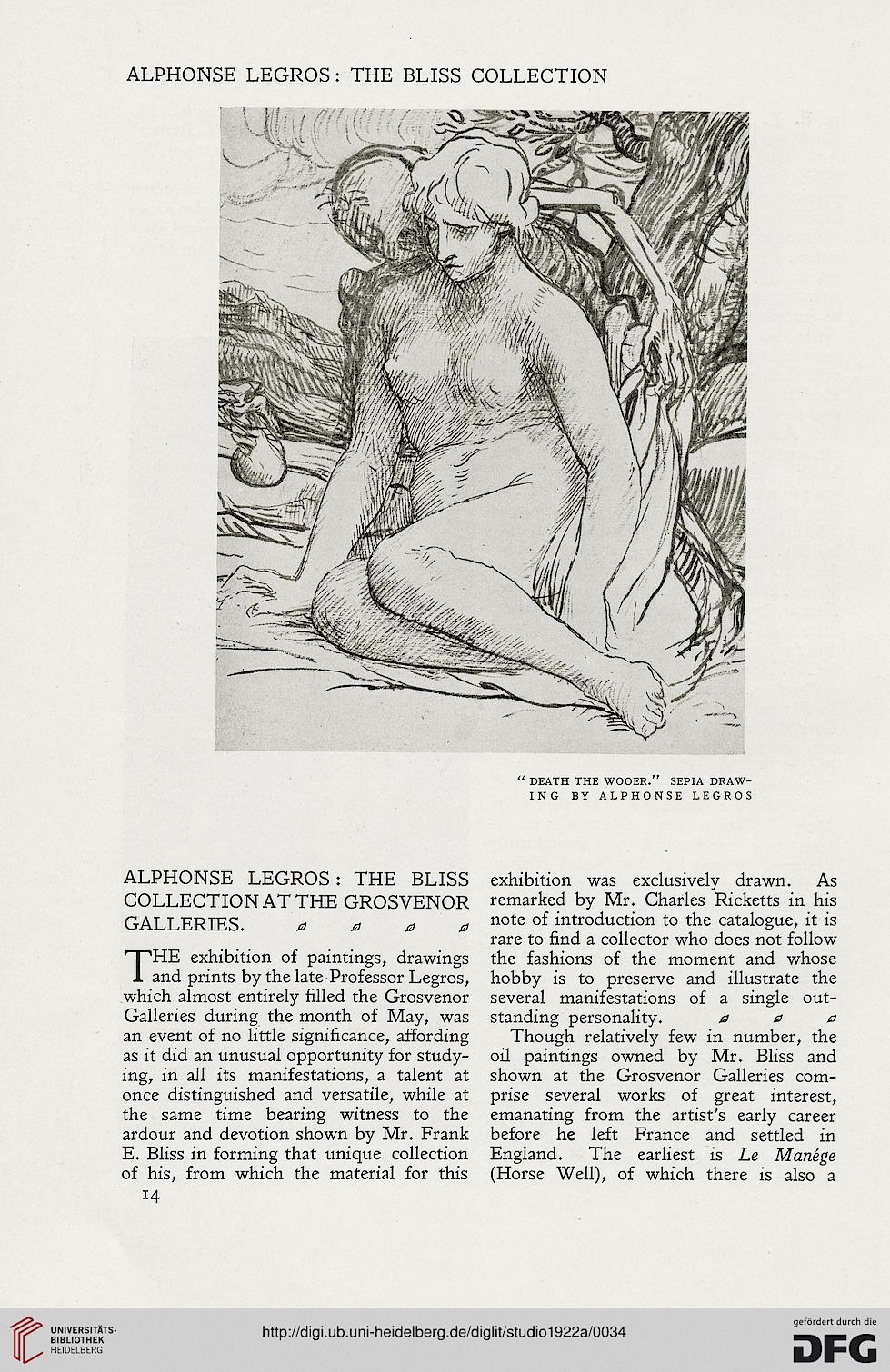 ALPHONSE LEGROS: THE BLISS
COLLECTION AT THE GROSVENOR
GALLERIES. 0 0 0 0

THE exhibition of paintings, drawings
and prints by the late Professor Legros,
which almost entirely filled the Grosvenor
Galleries during the month of May, was
an event of no little significance, affording
as it did an unusual opportunity for study-
ing, in all its manifestations, a talent at
once distinguished and versatile, while at
the same time bearing witness to the
ardour and devotion shown by Mr. Frank
E. Bliss in forming that unique collection
of his, from which the material for this
14

exhibition was exclusively drawn. As
remarked by Mr. Charles Ricketts in his
note of introduction to the catalogue, it is
rare to find a collector who does not follow
the fashions of the moment and whose
hobby is to preserve and illustrate the
several manifestations of a single out-
standing personality. 000
Though relatively few in number, the
oil paintings owned by Mr. Bliss and
shown at the Grosvenor Galleries com-
prise several works of great interest,
emanating from the artist's early career
before he left France and settled in
England. The earliest is Le Manege
(Horse Well), of which there is also a