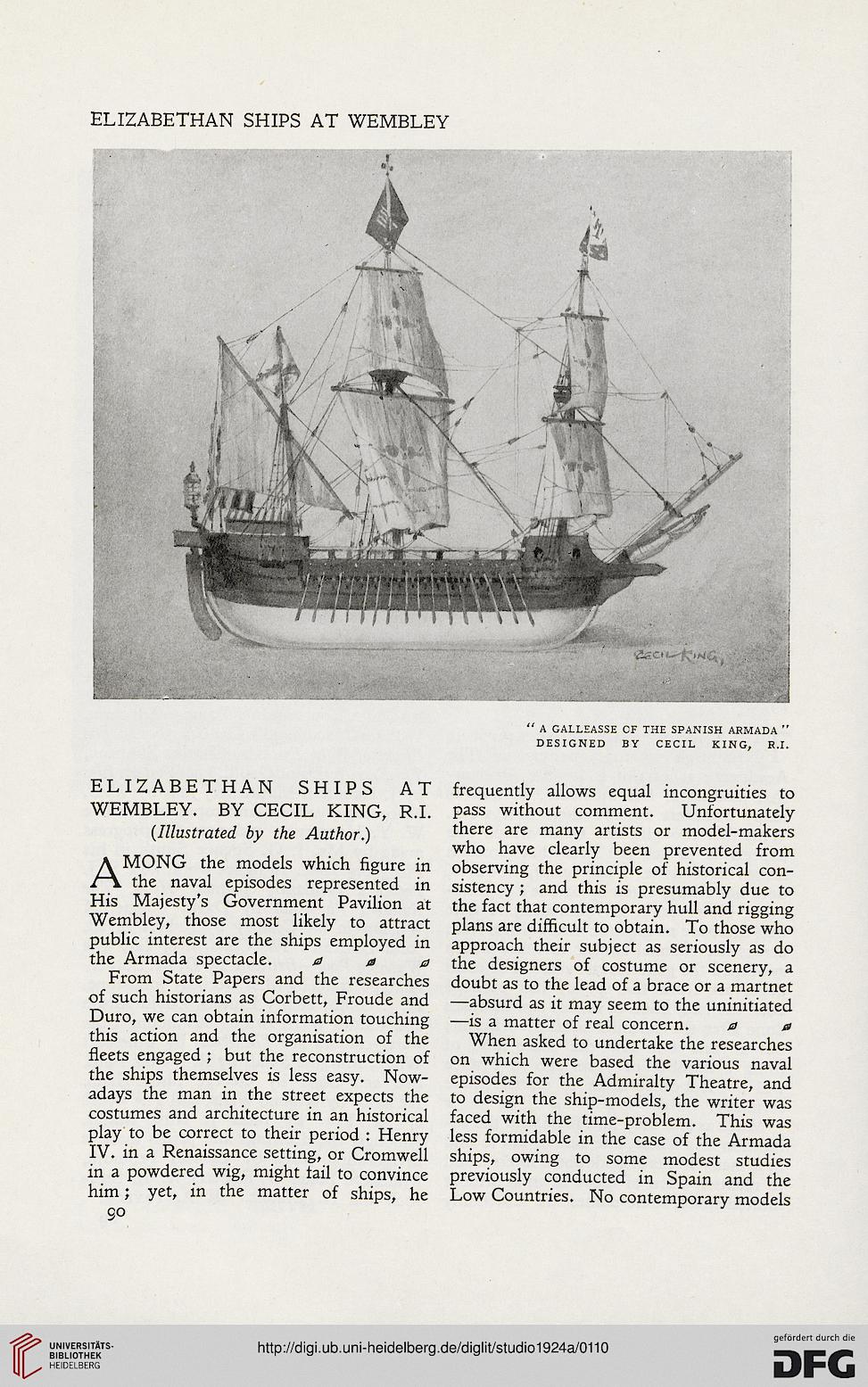 ELIZABETHAN SHIPS AT
WEMBLEY. BY CECIL KING, R.I.
(Illustrated by the Author.)

AMONG the models which figure in
the naval episodes represented in
His Majesty's Government Pavilion at
Wembley, those most likely to attract
public interest are the ships employed in
the Armada spectacle. 000
From State Papers and the researches
of such historians as Corbett, Froude and
Duro, we can obtain information touching
this action and the organisation of the
fleets engaged ; but the reconstruction of
the ships themselves is less easy. Now-
adays the man in the street expects the
costumes and architecture in an historical
play to be correct to their period : Henry
IV. in a Renaissance setting, or Cromwell
in a powdered wig, might tail to convince
him; yet, in the matter of ships, he
90

frequently allows equal incongruities to
pass without comment. Unfortunately
there are many artists or model-makers
who have clearly been prevented from
observing the principle of historical con-
sistency ; and this is presumably due to
the fact that contemporary hull and rigging
plans are difficult to obtain. To those who
approach their subject as seriously as do
the designers of costume or scenery, a
doubt as to the lead of a brace or a martnet
—absurd as it may seem to the uninitiated
—is a matter of real concern. 0 0
When asked to undertake the researches
on which were based the various naval
episodes for the Admiralty Theatre, and
to design the ship-models, the writer was
faced with the time-problem. This was
less formidable in the case of the Armada
ships, owing to some modest studies
previously conducted in Spain and the
Low Countries. No contemporary models