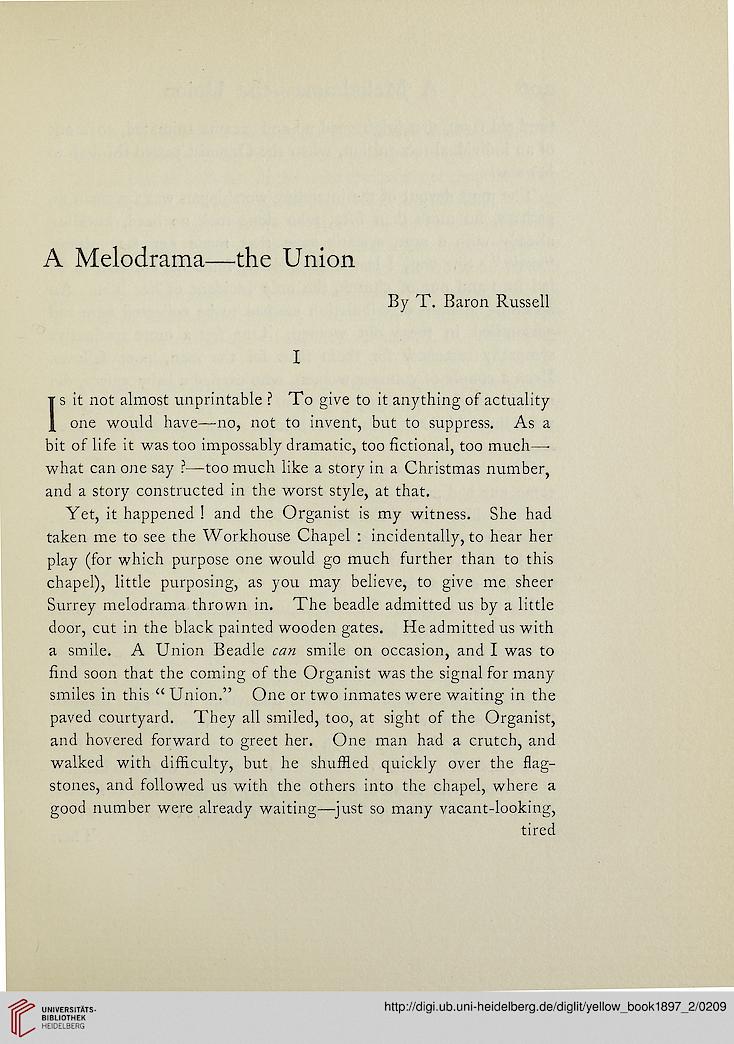 Is it not almost unprintable ? To give to it anything of actuality
one would have—no, not to invent, but to suppress. As a
bit of life it was too impossably dramatic, too fictional, too much—
what can one say ?—too much like a story in a Christmas number,
and a story constructed in the worst style, at that.

Yet, it happened ! and the Organist is my witness. She had
taken me to see the Workhouse Chapel : incidentally, to hear her
play (for which purpose one would go much further than to this
chapel), little purposing, as you may believe, to give me sheer
Surrey melodrama thrown in. The beadle admitted us by a little
door, cut in the black painted wooden gates. He admitted us with
a smile. A Union Beadle can smile on occasion, and I was to
find soon that the coming of the Organist was the signal for many
smiles in this “ Union.” One or two inmates were waiting in the
paved courtyard. They all smiled, too, at sight of the Organist,
and hovered forward to greet her. One man had a crutch, and
walked with difficulty, but he shuffled quickly over the flag-
stones, and followed us with the others into the chapel, where a
good number were already waiting—-just so many vacant-looking,