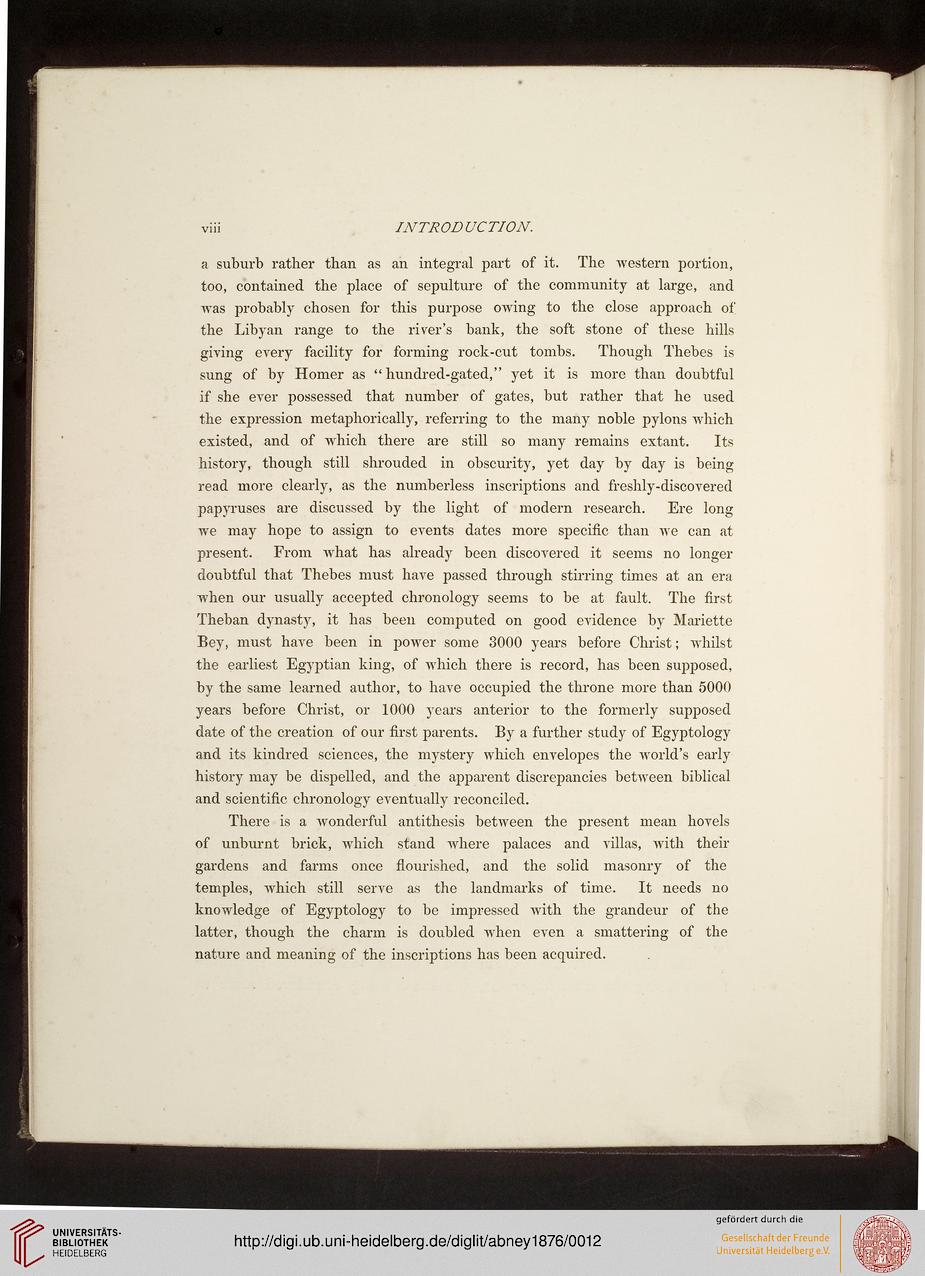 a suburb rather than as an integral part of it. The western portion,

too, contained the place of sepulture of the community at large, and

the Libyan range to the river's bank, the soft stone of these hills

giving every facility for forming rock-cut tombs. Though Thebes is

sung of by Homer as "hundred-gated," yet it is more than doubtful

if she ever possessed that number of gates, but rather that he used

the expression metaphorically, referring to the many noble pylons which

existed, and of which there are still so many remains extant. Its

history, though still shrouded in obscurity, yet day by day is being

read more clearly, as the numberless inscriptions and freshly-discovered

papyruses are discussed by the light of modern research. Ere long

present. From what has already been discovered it seems no longer

when our usually accepted chronology seems to be at fault. The first

Theban dynasty, it has been computed on good evidence by Mariette

Bey, must have been in power some 3000 years before Christ; whilst

the earliest Egyptian king, of which there is record, has been supposed,

by the same learned author, to have occupied the throne more than 5000

years before Christ, or 1000 years anterior to the formerly supposed

date of the creation of our first parents. By a further study of Egyptology

and its kindred sciences, the mystery which envelopes the world's early

history may be dispelled, and the apparent discrepancies between biblical

There is a wonderful antithesis between the present mean hovels
of unburnt brick, which stand where palaces and villas, with their
gardens and farms once flourished, and the solid masonry of the
temples, which still serve as the landmarks of time. It needs no
knowledge of Egyptology to be impressed with the grandeur of the
latter, though the charm is doubled when even a smattering of the
nature and meaning of the inscriptions has been acquired.