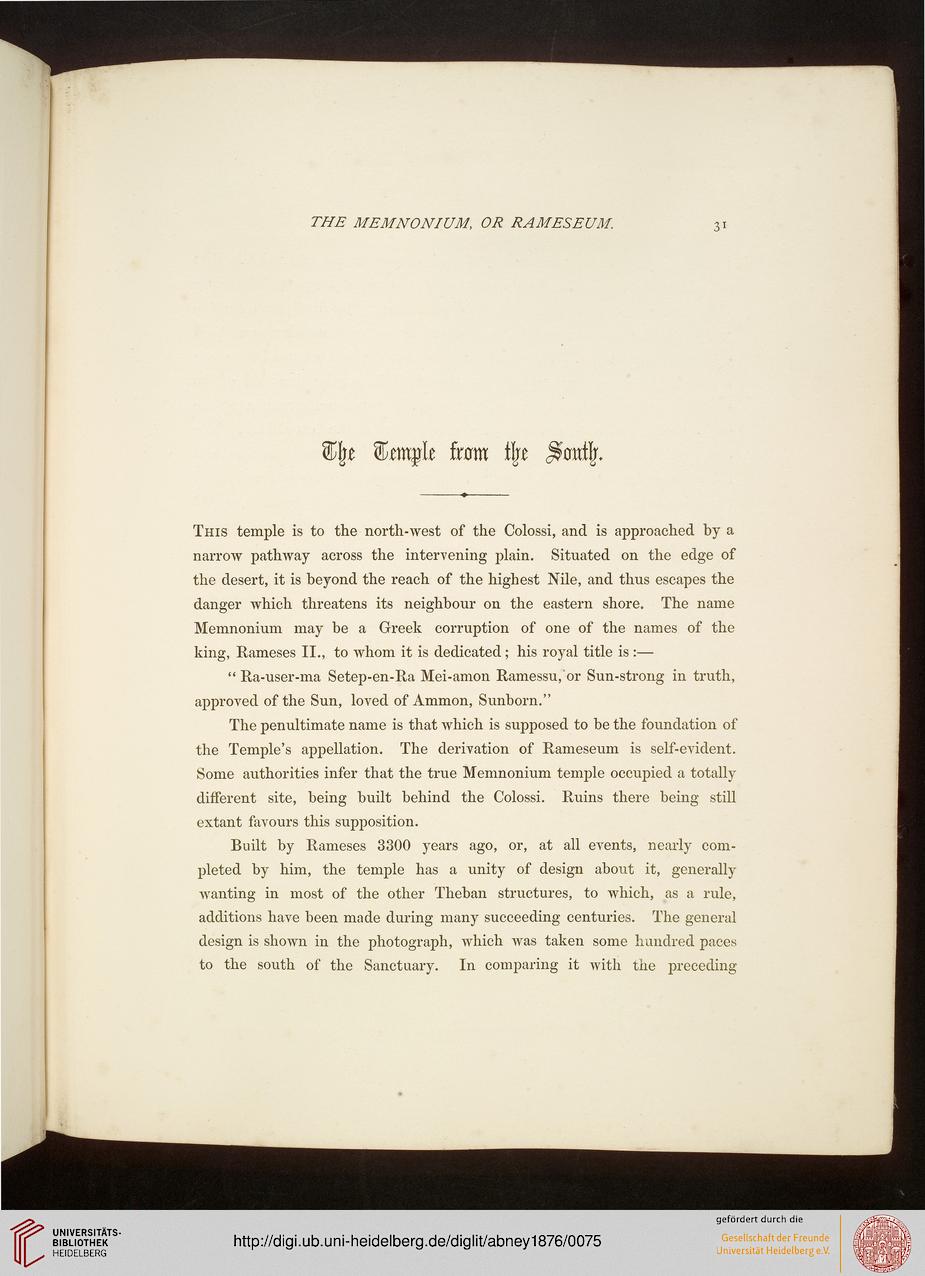 This temple is to the north-west of the Colossi, and is approached by a
narrow pathway across the intervening plain. Situated on the edge of
the desert, it is beyond the reach of the highest Nile, and thus escapes the
danger which threatens its neighbour on the eastern shore. The name
Memnonium may be a Greek corruption of one of the names of the
king, Rameses II., to whom it is dedicated; his royal title is :—

The penultimate name is that which is supposed to be the foundation of
the Temple's appellation. The derivation of Rameseum is self-evident.
Some authorities infer that the true Memnonium temple occupied a totally
different site, being built behind the Colossi. Ruins there being still
extant favours this supposition.

Built by Rameses 3300 years ago, or, at all events, nearly com-
pleted by him, the temple has a unity of design about it, generally
wanting in most of the other Theban structures, to which, as a rule,
additions have been made during many succeeding centuries. The general
design is shown in the photograph, which was taken some hundred paces
to the south of the Sanctuary. In comparing it with the preceding