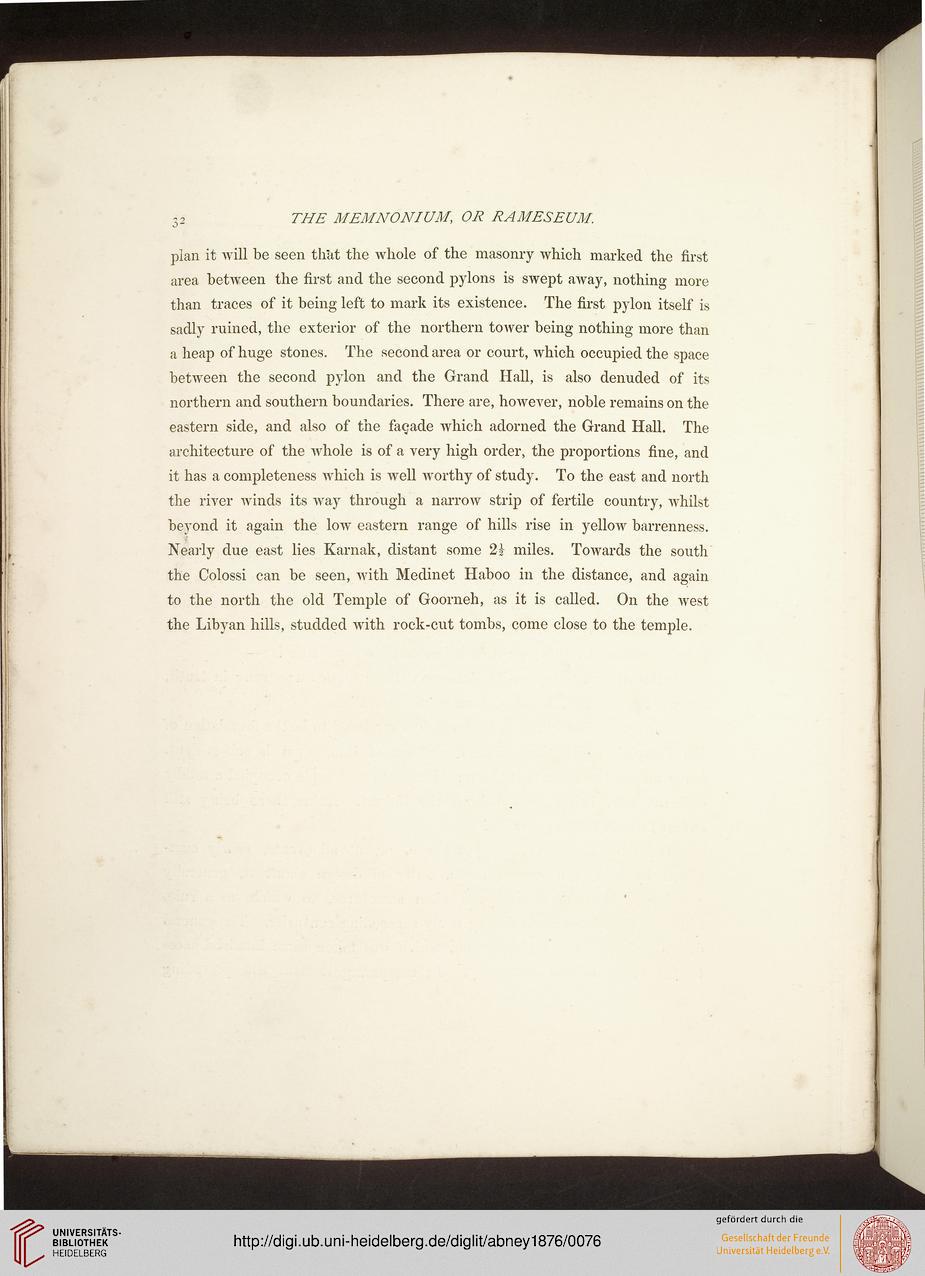 plan it Avill be seen that the whole of the masonry which marked the first
area between the first and the second pylons is swept away, nothing more
than traces of it being left to mark its existence. The first pylon itself is
sadly ruined, the exterior of the northern tower being nothing more than
a heap of huge stones. The second area or court, which occupied the space
between the second pylon and the Grand Hall, is also denuded of its
northern and southern boundaries. There are, however, noble remains on the
eastern side, and also of the fagade which adorned the Grand Hall. The
architecture of the whole is of a very high order, the proportions fine, and
it has a completeness which is well worthy of study. To the east and north
the river winds its way through a narrow strip of fertile country, whilst
beyond it again the low eastern range of hills rise in yellow barrenness.
Nearly due east lies Karnak, distant some 2\ miles. Towards the south
the Colossi can be seen, with Medinet Haboo in the distance, and again
to the north the old Temple of Goorneh, as it is called. On the west
the Libyan hills, studded with rock-cut tombs, come close to the temple.