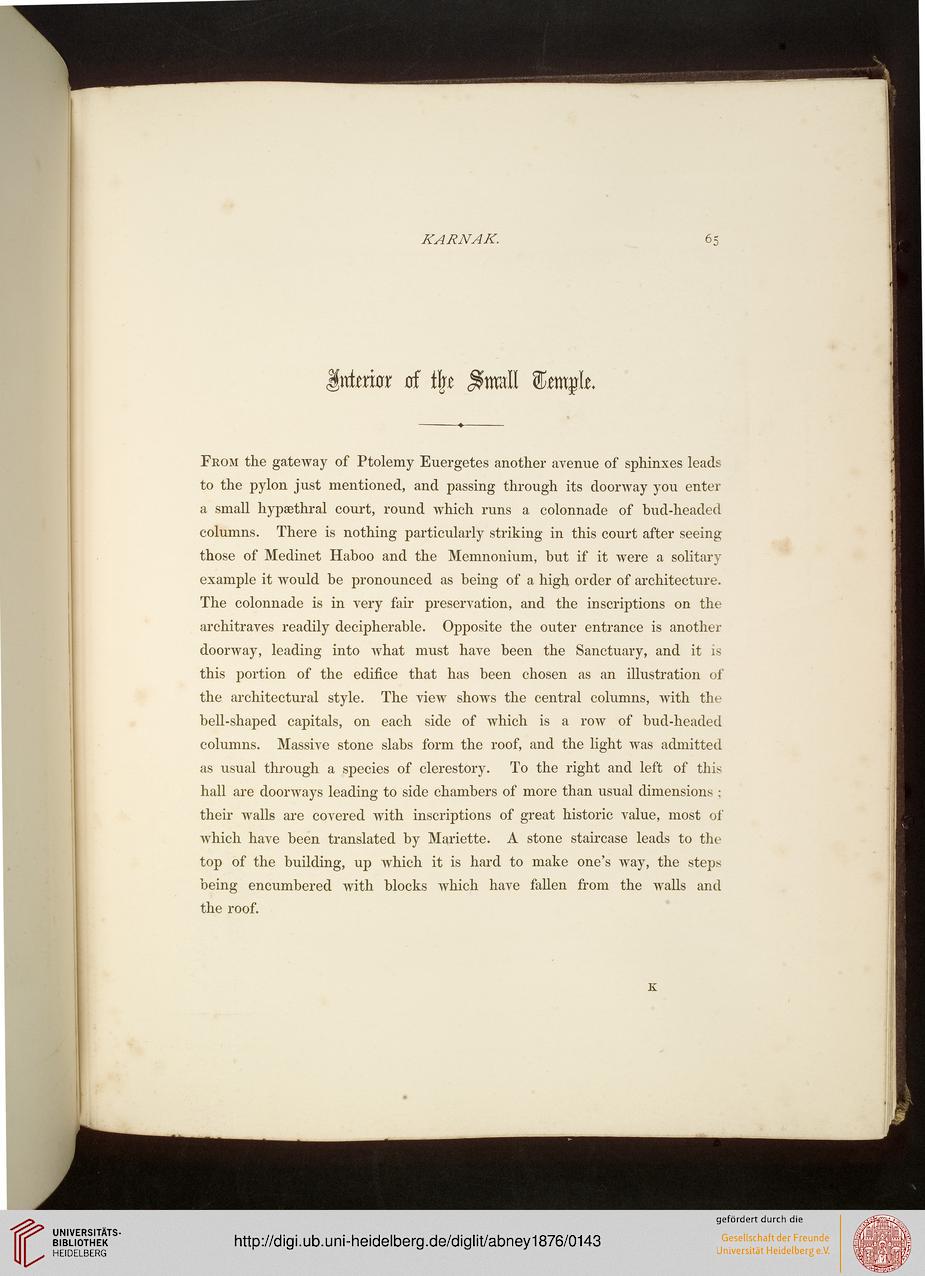 From the gateway of Ptolemy Euergetes another avenue of sphinxes leads
to the pylon just mentioned, and passing through its doorway you enter
a small hypsethral court, round which runs a colonnade of bud-headed
columns. There is nothing particularly striking in this court after seeing
those of Medinet Haboo and the Memnonium, but if it were a solitary
example it would be pronounced as being of a high order of architecture.
The colonnade is in very fair preservation, and the inscriptions on the
architraves readily decipherable. Opposite the outer entrance is another
doorway, leading into what must have been the Sanctuary, and it is
this portion of the edifice that has been chosen as an illustration of
the architectural style. The view shows the central columns, with the
bell-shaped capitals, on each side of which is a row of bud-headed
columns. Massive stone slabs form the roof, and the light was admitted
as usual through a species of clerestory. To the right and left of this
hall are doorways leading to side chambers of more than usual dimensions ;
their walls are covered with inscriptions of great historic value, most of
which have been translated by Mariette. A stone staircase leads to the
top of the building, up which it is hard to make one's way, the steps
being encumbered with blocks which have fallen from the walls and
the roof.