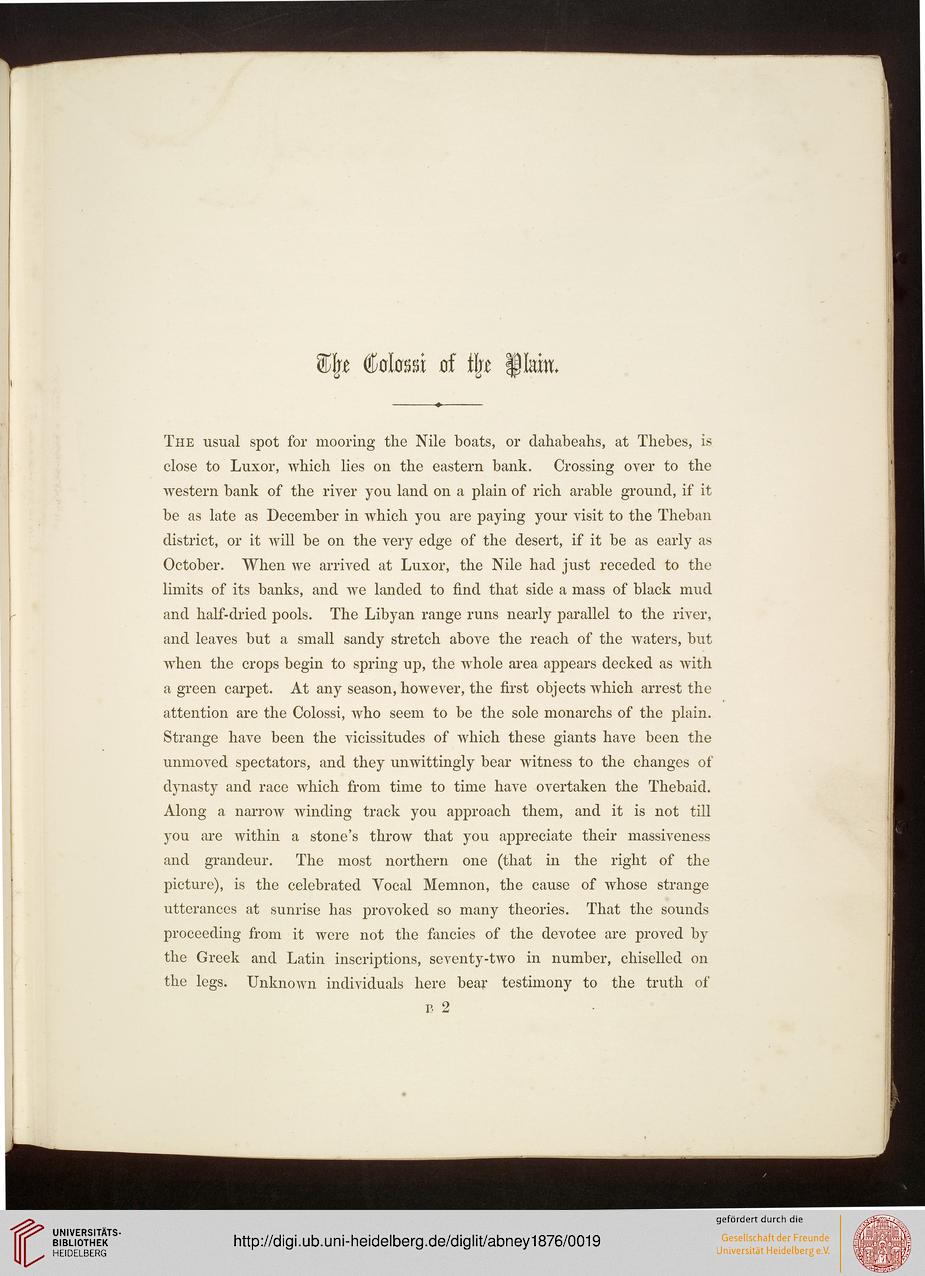 The usual spot for mooring the Nile boats, or clahabeahs, at Thebes, is
close to Luxor, which lies on the eastern bank. Crossing over to the
western bank of the river you land on a plain of rich arable ground, if it
be as late as December in which you are paying your visit to the Theban
district, or it will be on the very edge of the desert, if it be as early as
October. When we arrived at Luxor, the Nile had just receded to the
limits of its banks, and we landed to find that side a mass of black mud
and half-dried pools. The Libyan range runs nearly parallel to the river,
and leaves but a small sandy stretch above the reach of the waters, but
when the crops begin to spring up, the whole area appears decked as with
a green carpet. At any season, however, the first objects which arrest the
attention are the Colossi, who seem to be the sole monarchs of the plain.
Strange have been the vicissitudes of which these giants have been the
unmoved spectators, and they unwittingly bear witness to the changes of
dynasty and race which from time to time have overtaken the Thebaid.
Along a narrow winding track you approach them, and it is not till
you are within a stone's throw that you appreciate their massiveness
and grandeur. The most northern one (that in the right of the
picture), is the celebrated Vocal Memnon, the cause of whose strange
utterances at sunrise has provoked so many theories. That the sounds
proceeding from it were not the fancies of the devotee are proved by
the Greek and Latin inscriptions, seventy-two in number, chiselled on
the legs. Unknown individuals here bear testimony to the truth of