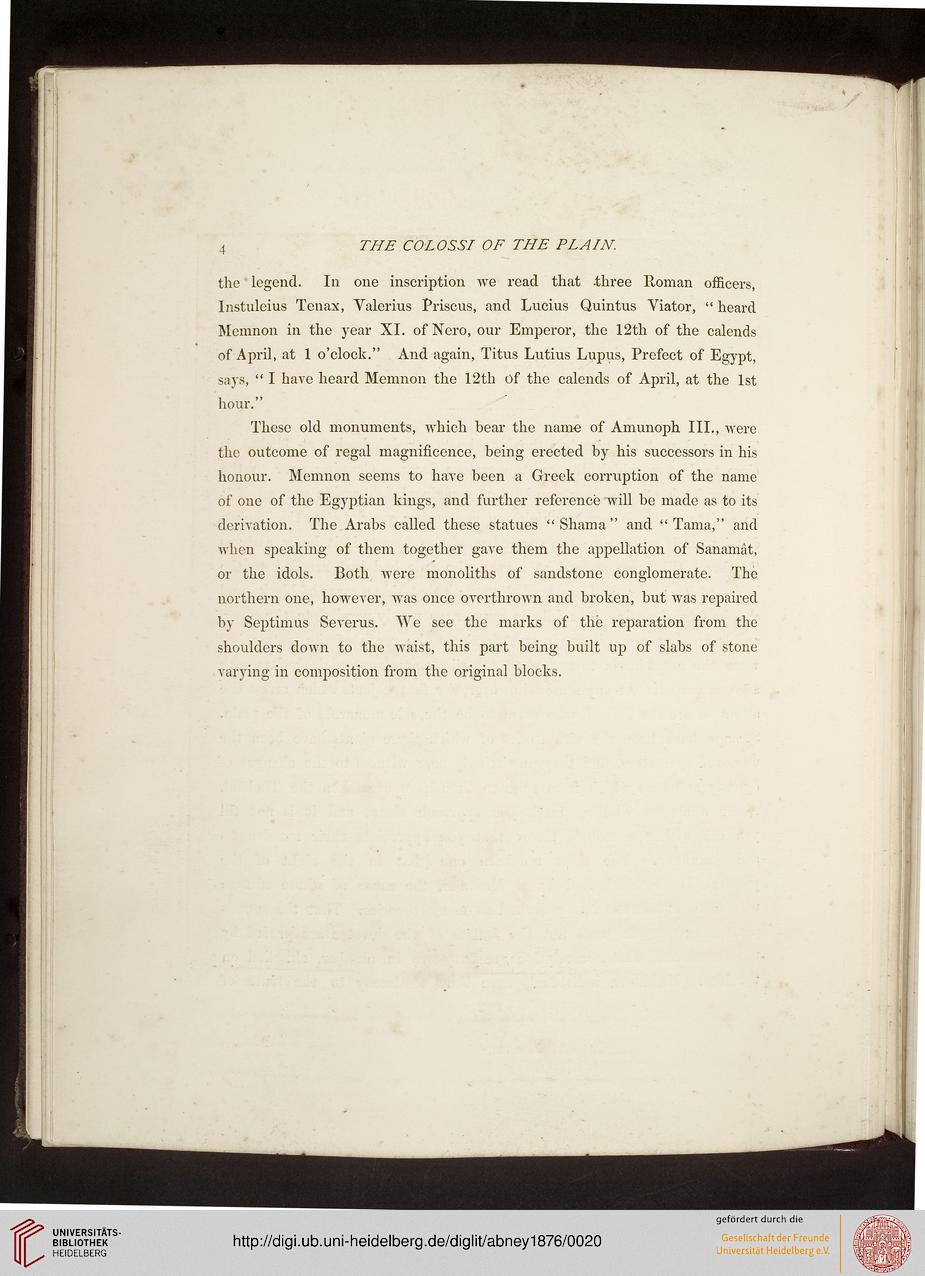 Information about OCR text
THE COLOSSI OF THE PLAIN.

These old monuments, which bear the name of Amunoph III., were
the outcome of regal magnificence, being erected by his successors in his
honour. Memnon seems to have been a Greek corruption of the name
of one of the Egyptian kings, and further reference •will be made as to its
derivation. The Arabs called these statues "Shama" and "Tama," and
when speaking of them together gave them the appellation of Sanamat,
or the idols. Both were monoliths of sandstone conglomerate. The
northern one, however, was once overthrown and broken, but was repaired
by Septimus Severus. We see the marks of the reparation from the
shoulders down to the waist, this part being built up of slabs of stone
varying in composition from the original blocks.