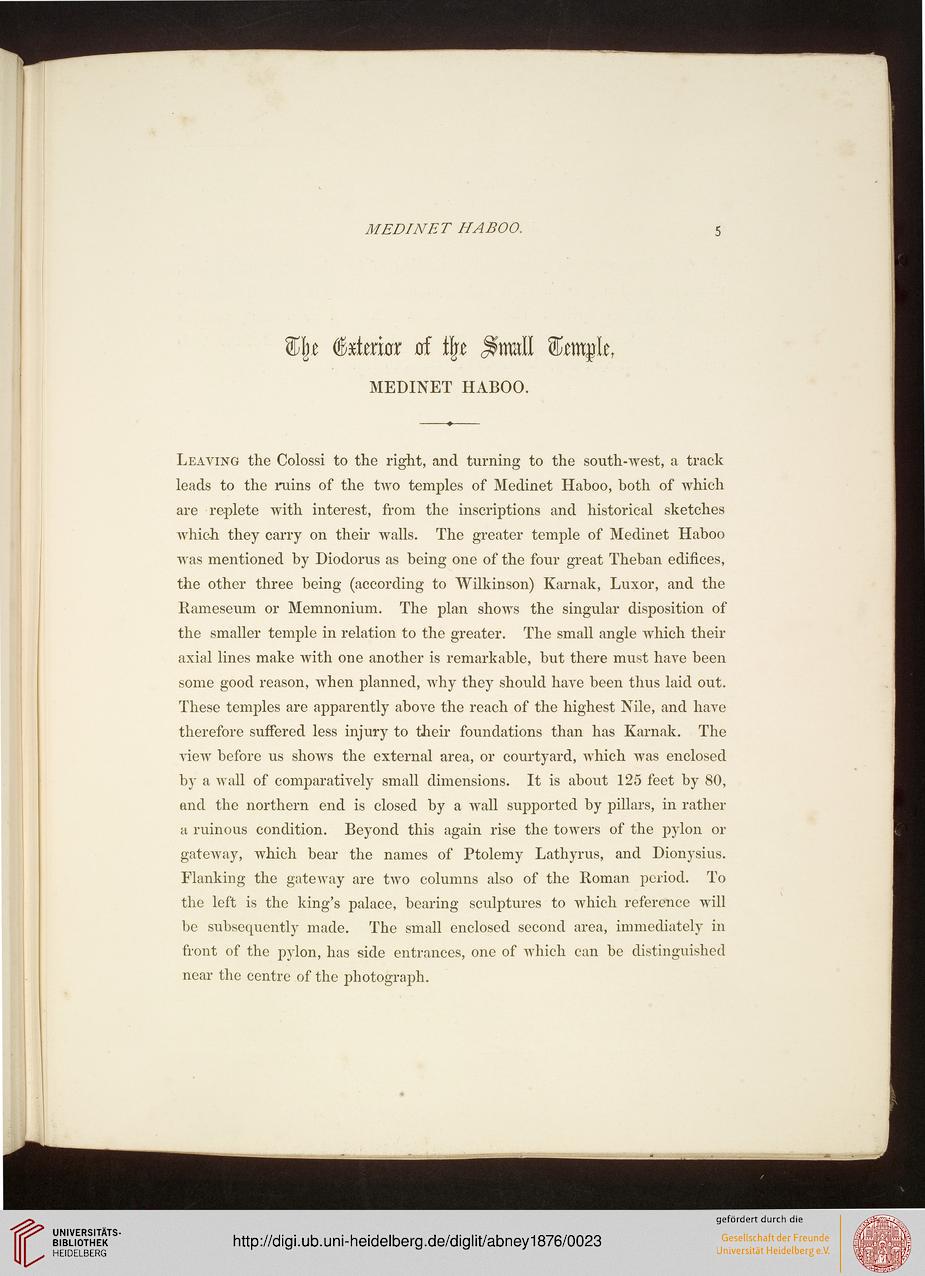 Leaving the Colossi to the right, and turning to the south-west, a track

leads to the ruins of the two temples of Medinet Haboo, both of which

are replete with interest, from the inscriptions and historical sketches

which they carry on their walls. The greater temple of Medinet Haboo

was mentioned by Diodorus as being one of the four great Theban edifices,

the other three being (according to Wilkinson) Karnak, Luxor, and the

Rameseum or Memnonium. The plan shows the singular disposition of

the smaller temple in relation to the greater. The small angle which their

axial lines make with one another is remarkable, but there must have been

some good reason, when planned, why they should have been thus laid out.

These temples are apparently above the reach of the highest Nile, and have

therefore suffered less injury to their foundations than has Karnak. The

view before us shows the external area, or courtyard, which was enclosed

by a wall of comparatively small dimensions. It is about 125 feet by 80,

and the northern end is closed by a wall supported by pillars, in rather

a ruinous condition. Beyond this again rise the towers of the pylon or

gateway, which bear the names of Ptolemy Lathyrus, and Dionysius.

Flanking the gateway are two columns also of the Roman period. To

the left is the king's palace, bearing sculptures to which reference will

be subsequently made. The small enclosed second area, immediately in

front of the pylon, has side entrances, one of which can be distinguished

near the centre of the photograph.