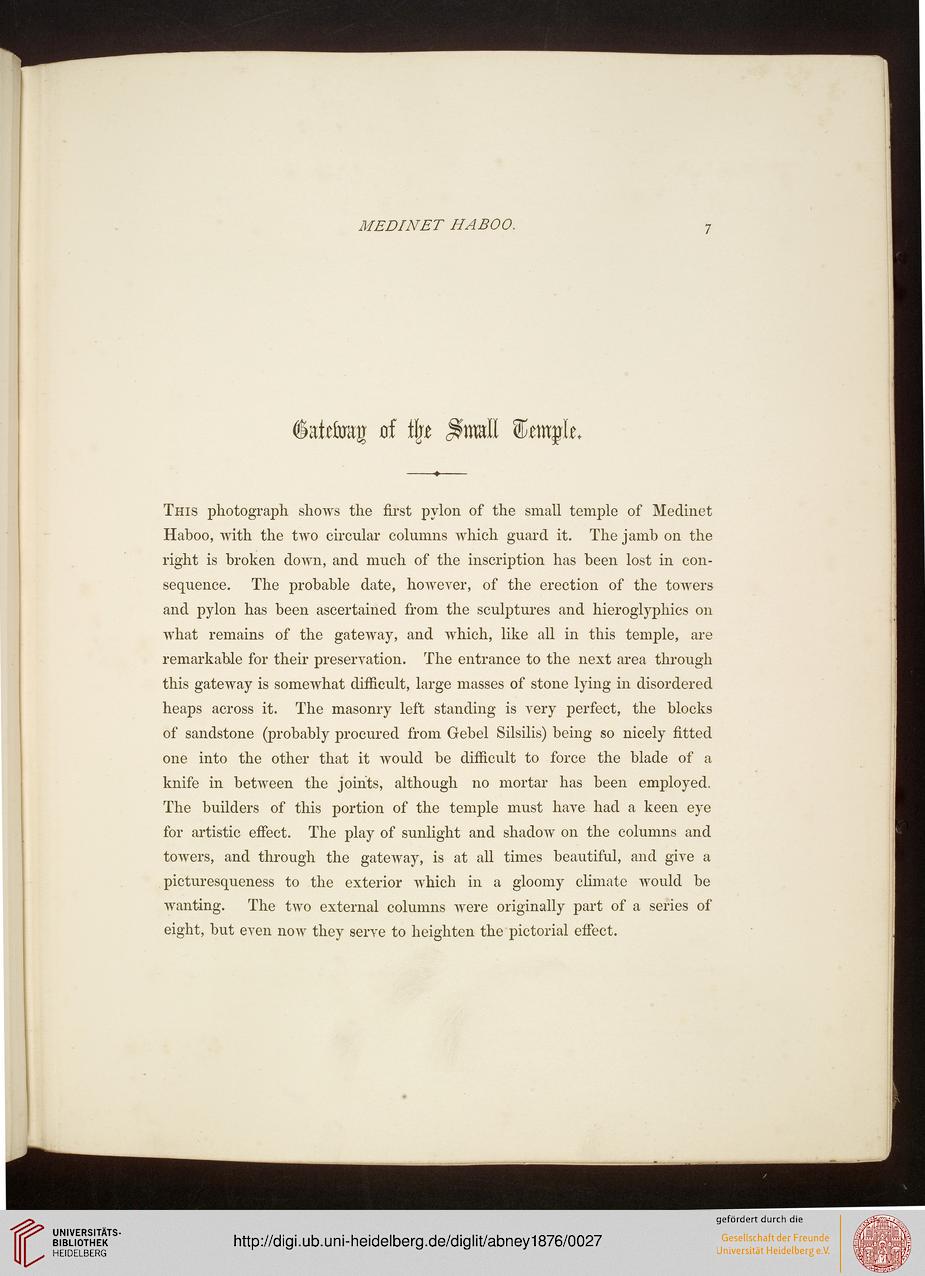 This photograph shows the first pylon of the small temple of Medinet
Haboo, with the two circular columns which guard it. The jamb on the
right is broken down, and much of the inscription has been lost in con-
sequence. The probable date, hoAvever, of the erection of the towers
and pylon has been ascertained from the sculptures and hieroglyphics on
what remains of the gateway, and which, like all in this temple, are
remarkable for their preservation. The entrance to the next area through
this gateway is somewhat difficult, large masses of stone lying in disordered
heaps across it. The masonry left standing is very perfect, the blocks
of sandstone (probably procured from Gebel Silsilis) being so nicely fitted
one into the other that it would be difficult to force the blade of a
knife in between the joints, although no mortar has been employed.
The builders of this portion of the temple must have had a keen eye
for artistic effect. The play of sunlight and shadow on the columns and
towers, and through the gateway, is at all times beautiful, and give a
picturesqueness to the exterior which in a gloomy climate would be
wanting. The two external columns were originally part of a series of
eight, but even now they serve to heighten the pictorial effect.