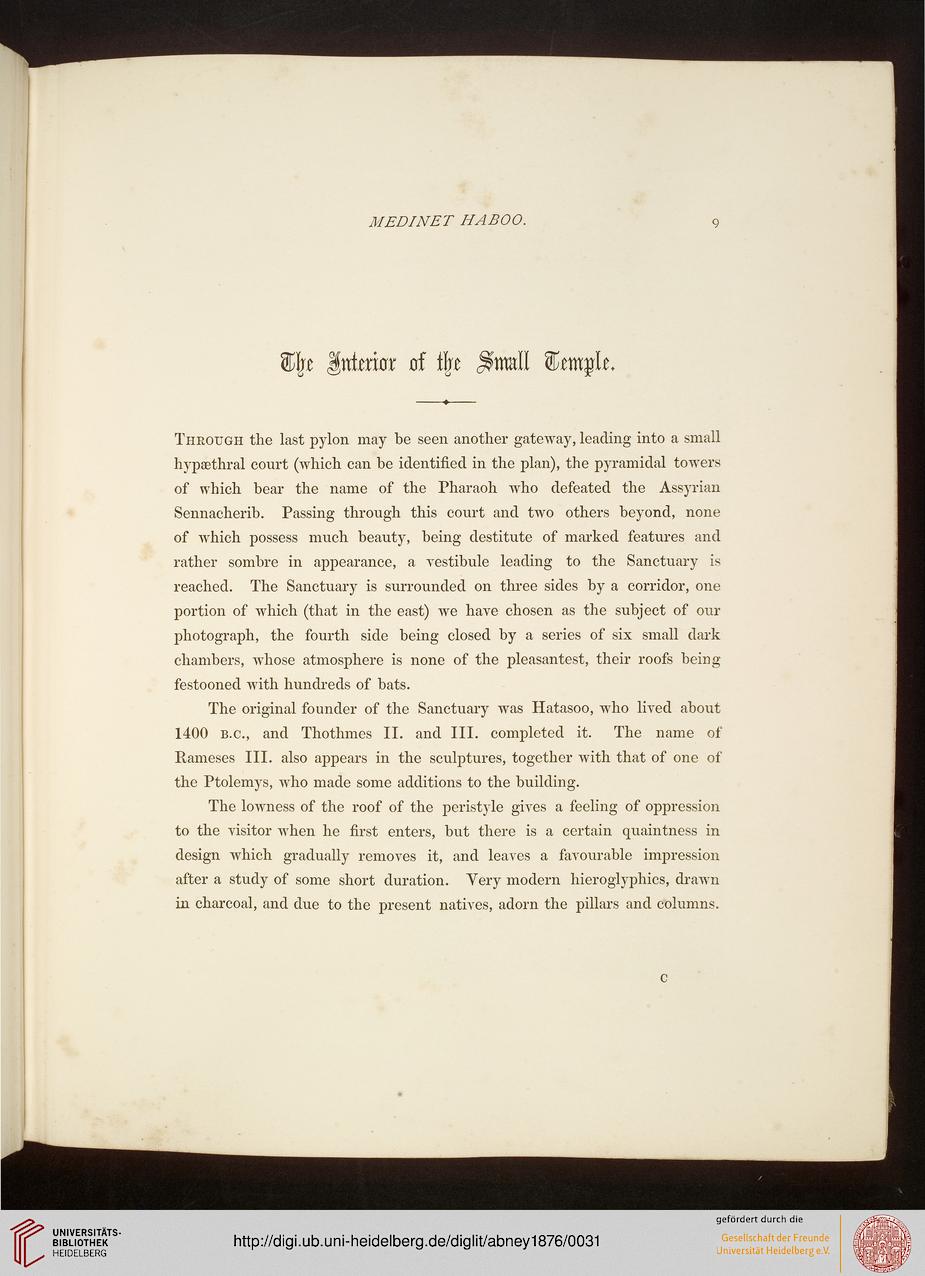 Through the last pylon may be seen another gateway, leading into a small
hypsethral court (which can be identified in the plan), the pyramidal towers
of which bear the name of the Pharaoh who defeated the Assyrian
Sennacherib. Passing through this court and two others beyond, none
of which possess much beauty, being destitute of marked features and
rather sombre in appearance, a vestibule leading to the Sanctuary is
reached. The Sanctuary is surrounded on three sides by a corridor, one
portion of which (that in the east) we have chosen as the subject of our
photograph, the fourth side being closed by a series of six small dark
chambers, whose atmosphere is none of the pleasantest, their roofs being-
festooned with hundreds of bats.

The original founder of the Sanctuary was Hatasoo, who lived about
1400 B.C., and Thothmes II. and III. completed it. The name of
Rameses III. also appears in the sculptures, together with that of one of
the Ptolemys, who made some additions to the building.

The lowness of the roof of the peristyle gives a feeling of oppression
to the visitor when he first enters, but there is a certain quaintness in
design which gradually removes it, and leaves a favourable impression
after a study of some short duration. Very modern hieroglyphics, drawn
in charcoal, and due to the present natives, adorn the pillars and columns.