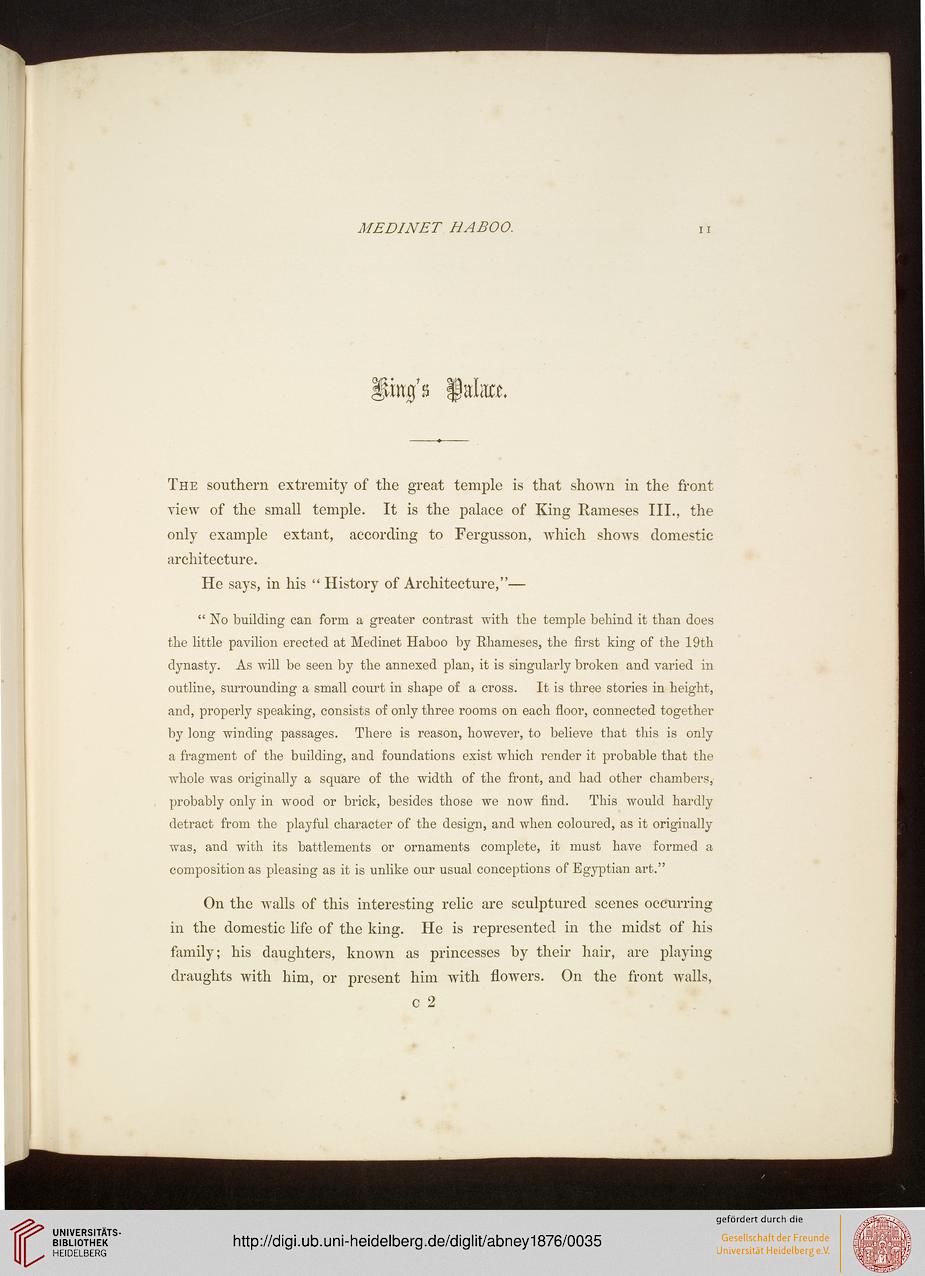 The southern extremity of the great temple is that shown in the front
view of the small temple. It is the palace of King Rameses III., the
only example extant, according to Fergusson, which shows domestic
architecture.

He says, in his " History of Architecture,"—

" No building can form a greater contrast with the temple behind it than does
the little pavilion erected at Medinet Haboo by Rhameses, the first king of the 19th
dynasty. As will be seen by the annexed plan, it is singularly broken and varied in
outline, surrounding a small court in shape of a cross. It is three stories in height,
and, properly speaking, consists of only three rooms on each floor, connected together
by long winding passages. There is reason, however, to believe that this is only
a fragment of the building, and foundations exist which render it probable that the
whole was originally a square of the width of the front, and had other chambers,
probably only in wood or brick, besides those we now find. This would hardly
detract from the playful character of the design, and when coloured, as it originally
was, and with its battlements or ornaments complete, it must have formed a
composition as pleasing as it is unlike our usual conceptions of Egyptian art."

On the walls of this interesting relic are sculptured scenes occurring
in the domestic life of the king. He is represented in the midst of his
family; his daughters, known as princesses by their hair, are playing
draughts with him, or present him with flowers. On the front walls,