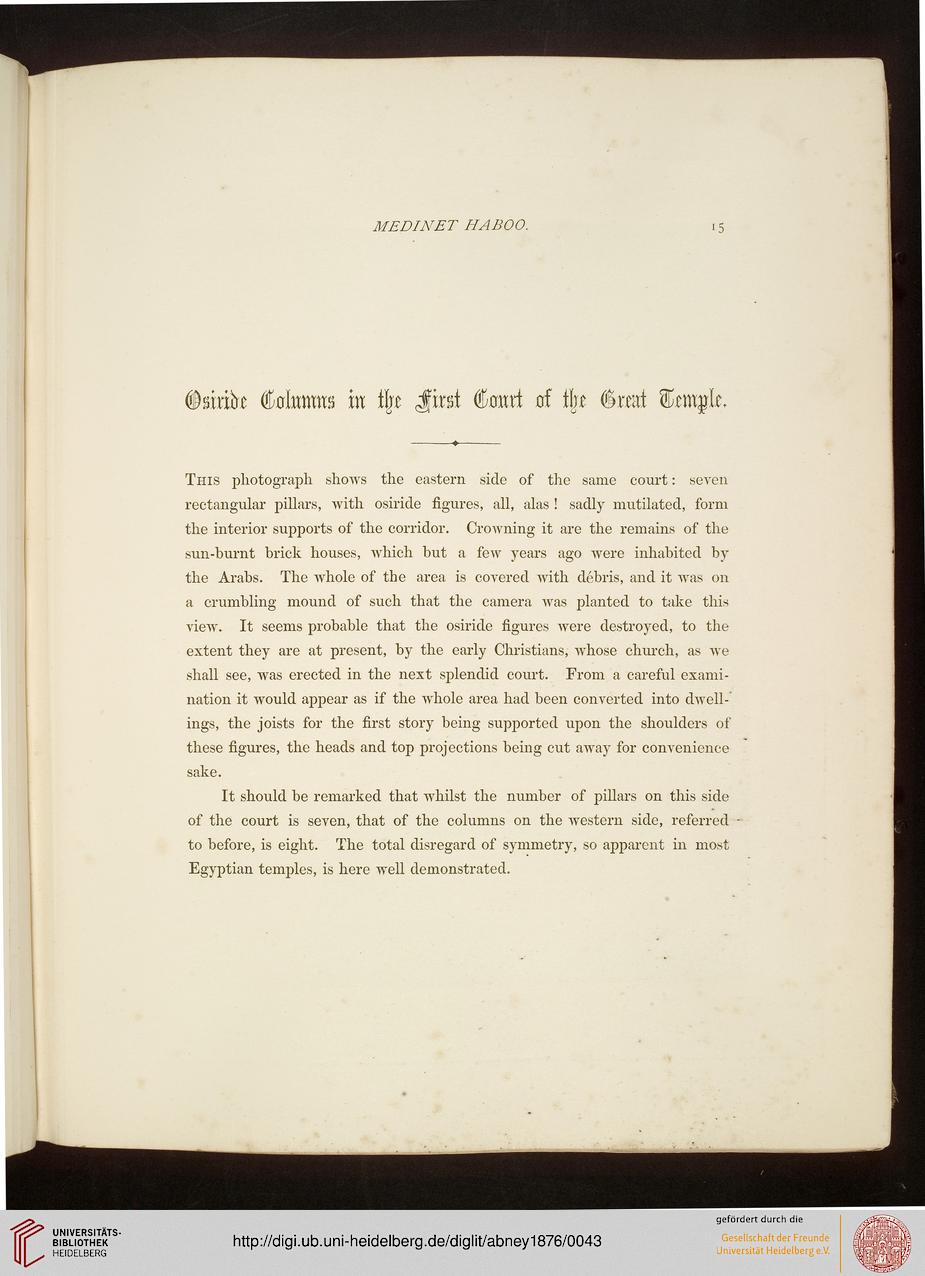 This photograph shows the eastern side of the same court: seven
rectangular pillars, with osiricle figures, all, alas ! sadly mutilated, form
the interior supports of the corridor. Crowning it are the remains of the
sun-burnt brick houses, which but a few years ago were inhabited by
the Arabs. The whole of the area is covered with debris, and it was on
a crumbling mound of such that the camera was planted to take this
view. It seems probable that the osiricle figures were destroyed, to the
extent they are at present, by the early Christians, whose church, as we
shall see, was erected in the next splendid court. From a careful exami-
nation it would appear as if the whole area had been converted into dwell-
ings, the joists for the first story being supported upon the shoulders of
these figures, the heads and top projections being cut away for convenience
sake.

It should be remarked that whilst the number of pillars on this side
of the court is seven, that of the columns on the western side, referred
to before, is eight. The total disregard of symmetry, so apparent in most
Egyptian temples, is here well demonstrated.