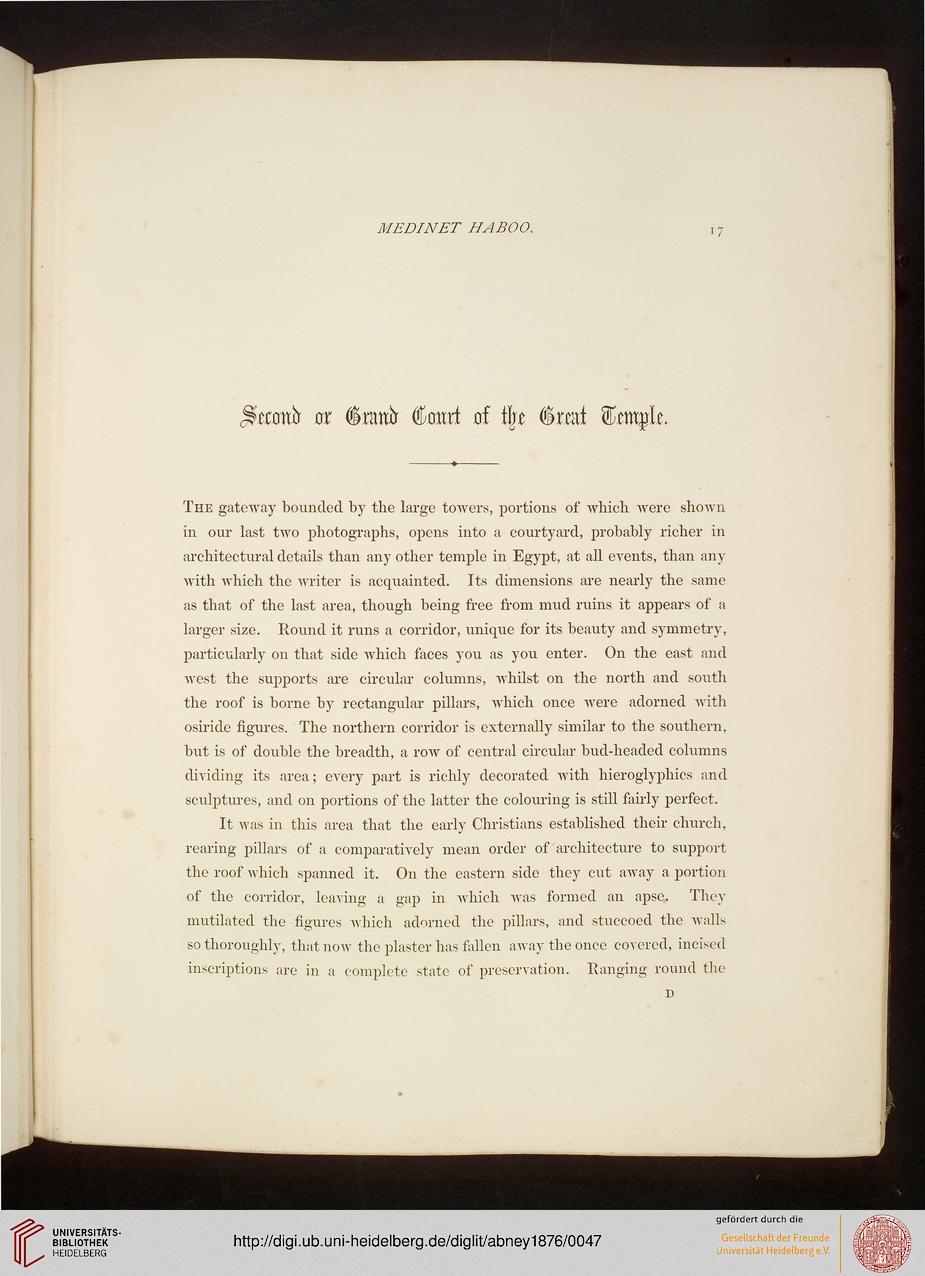 The gateway bounded by the large towers, portions of which were shown
in our last two photographs, opens into a courtyard, probably richer in
architectural details than any other temple in Egypt, at all events, than any
with which the writer is acquainted. Its dimensions are nearly the same
as that of the last area, though being free from mud ruins it appears of a
larger size. Round it runs a corridor, unique for its beauty and symmetry,
particularly on that side which faces you as you enter. On the east and
west the supports are circular columns, whilst on the north and south
the roof is borne by rectangular pillars, which once were adorned with
osiride figures. The northern corridor is externally similar to the southern,
but is of double the breadth, a row of central circular bud-headed columns
dividing its area; every part is richly decorated with hieroglyphics and
sculptures, and on portions of the latter the colouring is still fairly perfect.

It was in this area that the early Christians established their church,
rearing pillars of a comparatively mean order of architecture to support
the roof which spanned it. On the eastern side they cut away a portion
of the corridor, leaving a gap in which was formed an apse. They
mutilated the figures which adorned the pillars, and stuccoed the walls
so thoroughly, that now the plaster has fallen away the once covered, incised
inscriptions are in a complete state of preservation. Ranging round the