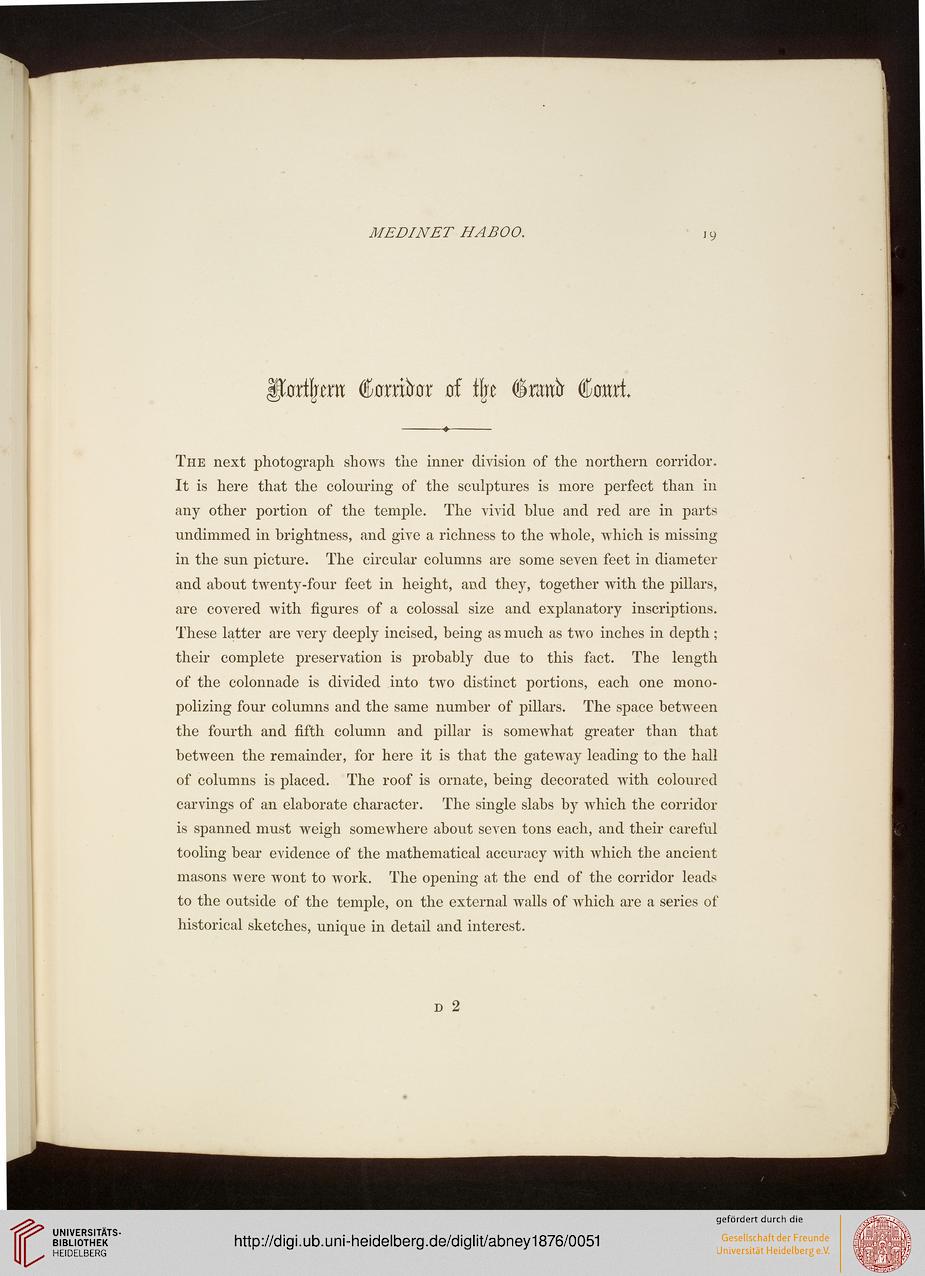 The next photograph shows the inner division of the northern corridor.
It is here that the colouring of the sculptures is more perfect than in
any other portion of the temple. The vivid blue and red are in parts
undimmed in brightness, and give a richness to the whole, which is missing
in the sun picture. The circular columns are some seven feet in diameter
and about twenty-four feet in height, and they, together with the pillars,
are covered with figures of a colossal size and explanatory inscriptions.
These latter are very deeply incised, being as much as two inches in depth ;
their complete preservation is probably due to this fact. The length
of the colonnade is divided into two distinct portions, each one mono-
polizing four columns and the same number of pillars. The space between
the fourth and fifth column and pillar is somewhat greater than that
between the remainder, for here it is that the gateway leading to the hall
of columns is placed. The roof is ornate, being decorated with coloured
carvings of an elaborate character. The single slabs by which the corridor
is spanned must weigh somewhere about seven tons each, and their careful
tooling bear evidence of the mathematical accuracy with which the ancient
masons were wont to work. The opening at the end of the corridor leads
to the outside of the temple, on the external walls of which are a series of
historical sketches, unique in detail and interest.