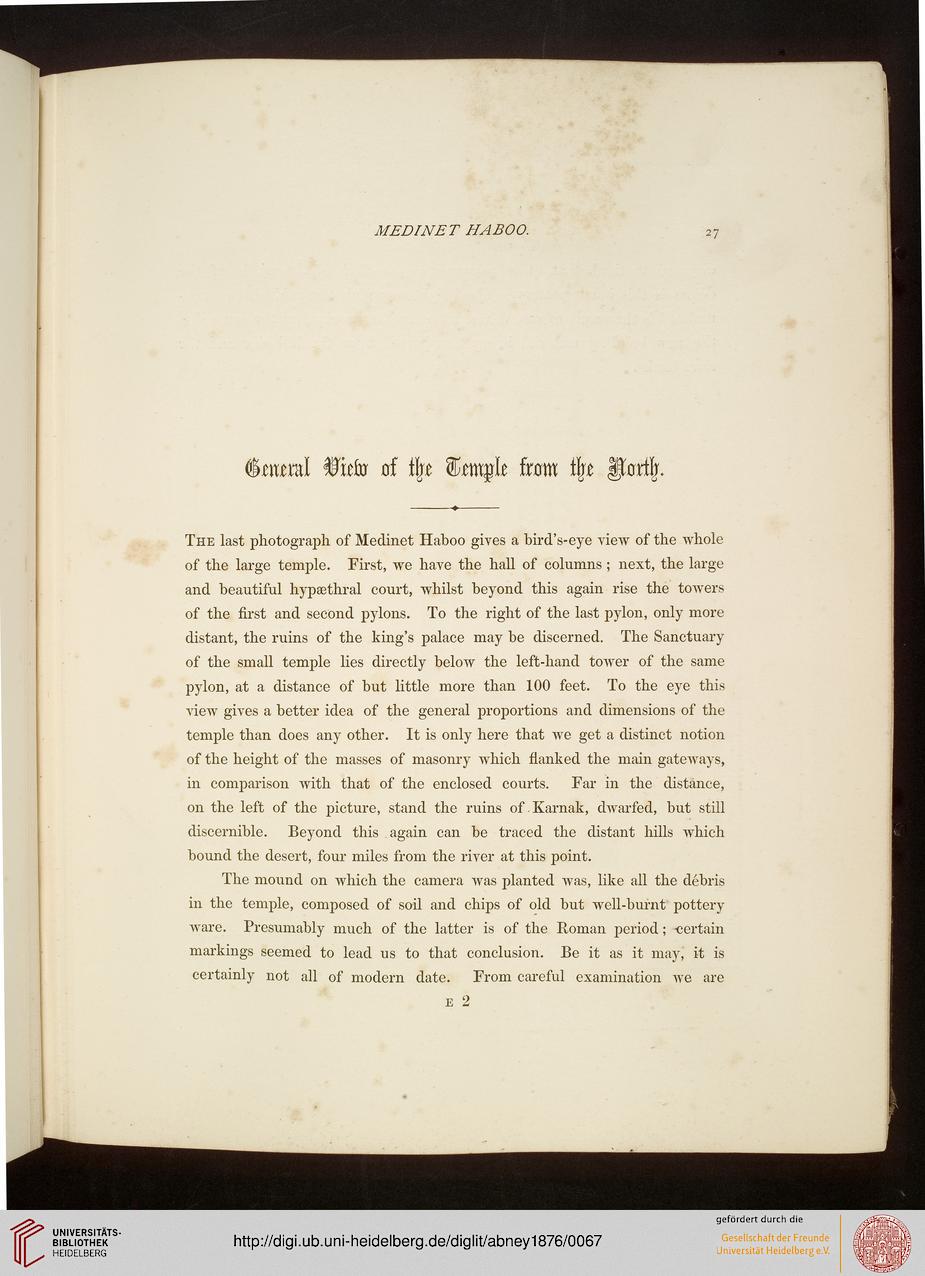 The last photograph of Medinet Haboo gives a bird's-eye view of the whole
of the large temple. First, we have the hall of columns; next, the large
and beautiful hypaethral court, whilst beyond this again rise the towers
of the first and second pylons. To the right of the last pylon, only more
distant, the ruins of the king's palace may be discerned. The Sanctuary
of the small temple lies directly below the left-hand tower of the same
pylon, at a distance of but little more than 100 feet. To the eye this
view gives a better idea of the general proportions and dimensions of the
temple than does any other. It is only here that we get a distinct notion
of the height of the masses of masonry which flanked the main gateways,
in comparison with that of the enclosed courts. Far in the distance,
on the left of the picture, stand the ruins of Karnak, dwarfed, but still
discernible. Beyond this again can be traced the distant hills which
bound the desert, four miles from the river at this point.

The mound on which the camera was planted was, like all the debris
in the temple, composed of soil and chips of old but well-burnt pottery
ware. Presumably much of the latter is of the Roman period ; -certain
markings seemed to lead us to that conclusion. Be it as it may, it is
certainly not all of modern date. From careful examination we are