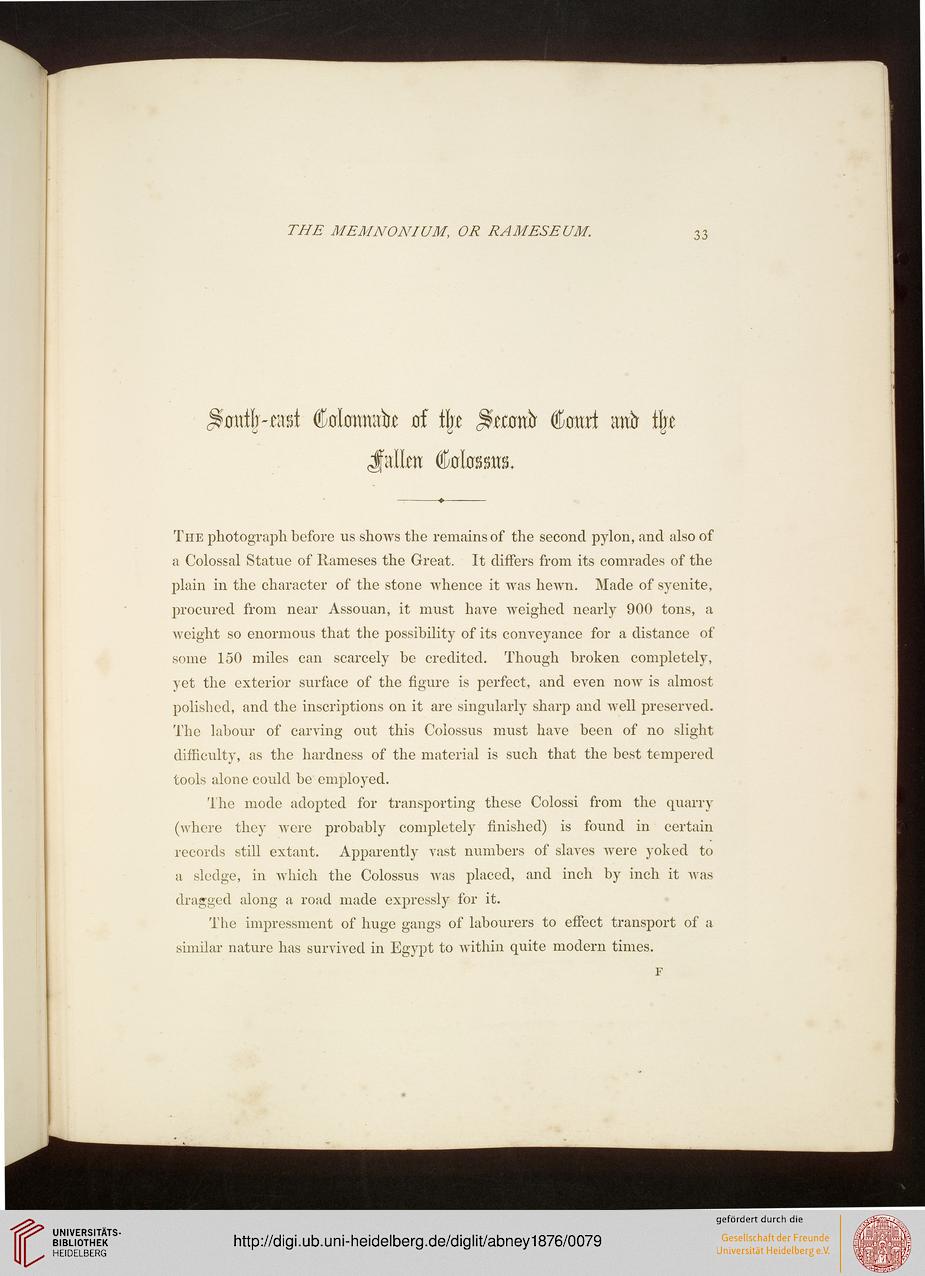 The photograph before us shows the remains of the second pylon, and also of
a Colossal Statue of Rameses the Great. It differs from its comrades of the
plain in the character of the stone whence it was hewn. Made of syenite,
procured from near Assouan, it must have weighed nearly 900 tons, a
weight so enormous that the possibility of its conveyance for a distance of
some 150 miles can scarcely be credited. Though broken completely,
yet the exterior surface of the figure is perfect, and even now is almost
polished, and the inscriptions on it are singularly sharp and well preserved.
The labour of carving out this Colossus must have been of no slight
difficulty, as the hardness of the material is such that the best tempered
tools alone could be employed.

The mode adopted for transporting these Colossi from the quarry
(where they were probably completely finished) is found in certain
records still extant. Apparently vast numbers of slaves were yoked to
a sledge, in which the Colossus was placed, and inch by inch it was
dragged along a road made expressly for it.

The impressment of huge gangs of labourers to effect transport of a
similar nature has survived in Egypt to within quite modern times.