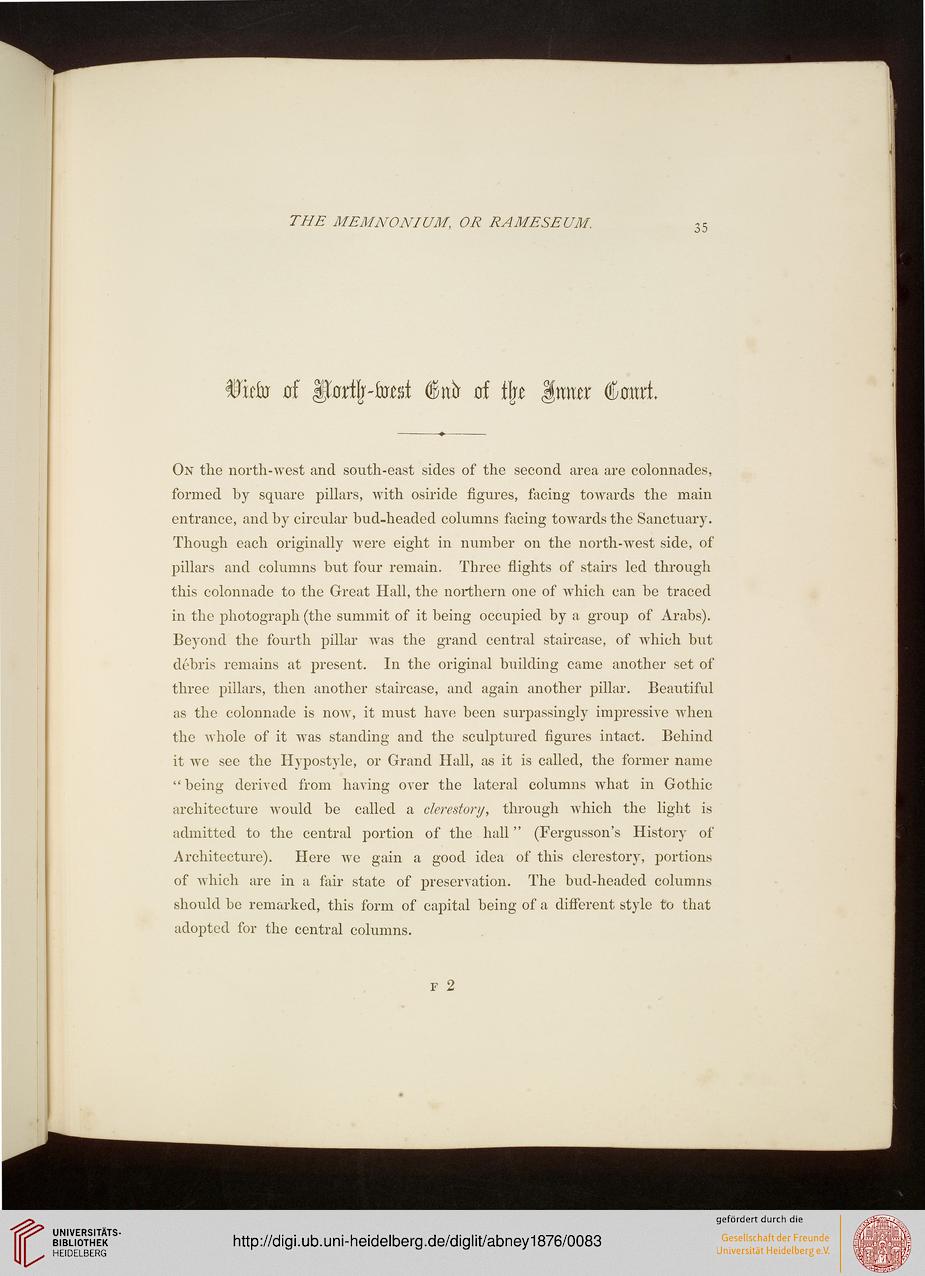 On the north-west and south-east sides of the second area are colonnades,
formed by square pillars, with osiride figures, facing towards the main
entrance, and by circular bud-headed columns facing towards the Sanctuary.
Though each originally were eight in number on the north-west side, of
pillars and columns but four remain. Three flights of stairs led through
this colonnade to the Great Hall, the northern one of which can be traced
in the photograph (the summit of it being occupied by a group of Arabs).
Beyond the fourth pillar was the grand central staircase, of which but
debris remains at present. In the original building came another set of
three pillars, then another staircase, and again another pillar. Beautiful
as the colonnade is now, it must have been surpassingly impressive when
the whole of it was standing and the sculptured figures intact. Behind
it we see the Hypostyle, or Grand Hall, as it is called, the former name
"being derived from having over the lateral columns what in Gothic
architecture would be called a clerestory, through which the light is
admitted to the central portion of the hall" (Fergusson's History of
Architecture). Here we gain a good idea of this clerestory, portions
of which are in a fair state of preservation. The bud-headed columns
should be remarked, this form of capital being of a different style to that
adopted for the central columns.