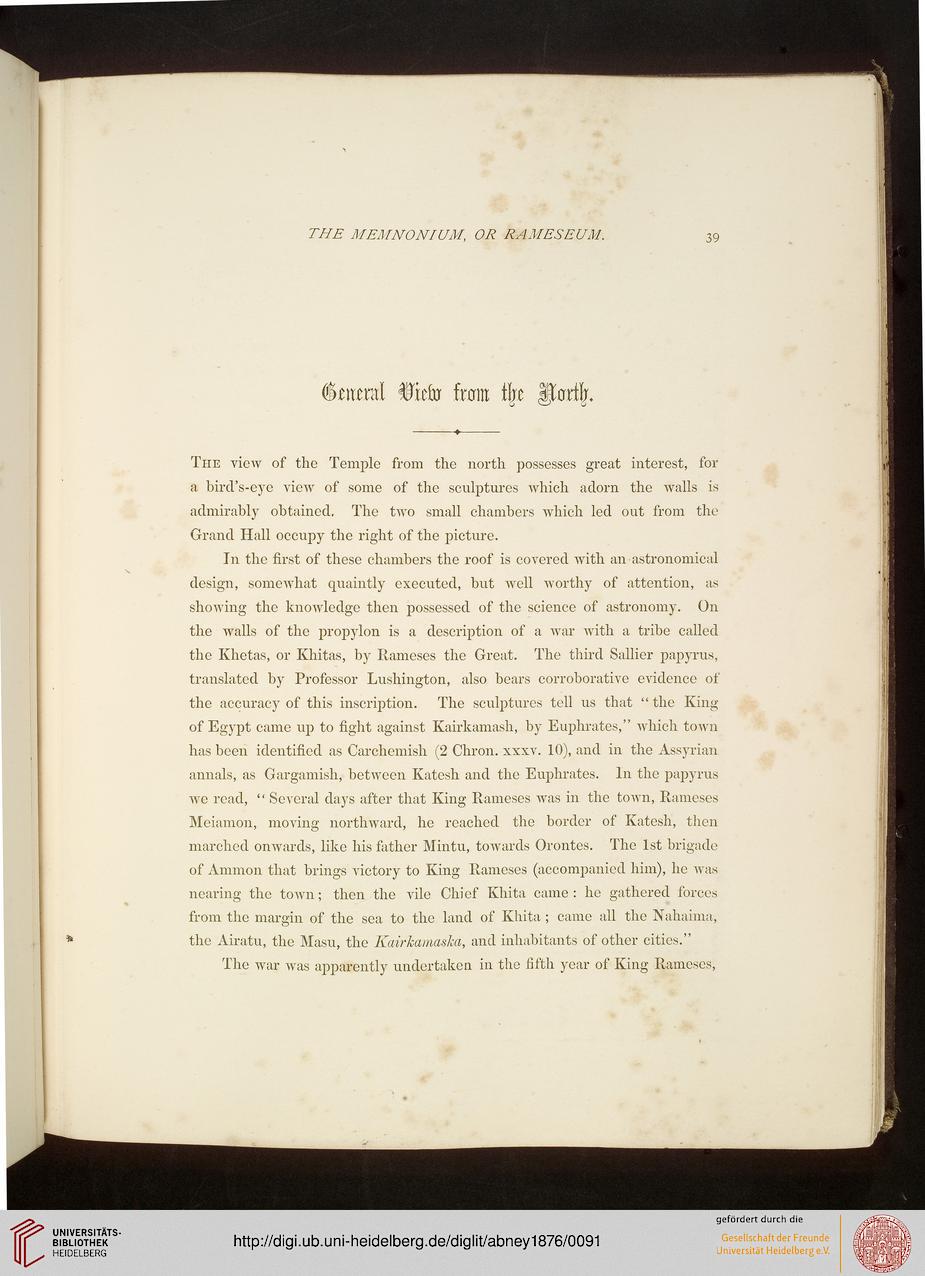 The view of the Temple from the north possesses great interest, for
a bird's-eye view of some of the sculptures which adorn the walls is
admirably obtained. The two small chambers which led out from the
Grand Hall occupy the right of the picture.

In the first of these chambers the roof is covered with an astronomical
design, somewhat quaintly executed, but well worthy of attention, as
showing the knowledge then possessed of the science of astronomy. On
the walls of the propylon is a description of a war with a tribe called
the Khetas, or Khitas, by Rameses the Great. The third Sallier papyrus,
translated by Professor Lushington, also bears corroborative evidence of
the accuracy of this inscription. The sculptures tell us that " the King
of Egypt came up to fight against Kairkamash, by Euphrates," which town
has been identified as Carchemish (2 Chron. xxxv. 10), and in the Assyrian
annals, as Gargamish, between Katesh and the Euphrates. In the papyrus
we read, " Several days after that King Rameses was in the town, Rameses
Mciamon, moving northward, he reached the border of Katesh, then
marched onwards, like his father Mintu, towards Orontes. The 1st brigade
of Amnion that brings victory to King Rameses (accompanied him), he was
nearing the town; then the vile Chief Khita came : he gathered forces
from the margin of the sea to the land of Khita ; came all the Nahaima,
the Airatu, the Masu, the Kairkamaska, and inhabitants of other cities."

The war was apparently undertaken in the fifth year of King Rameses,