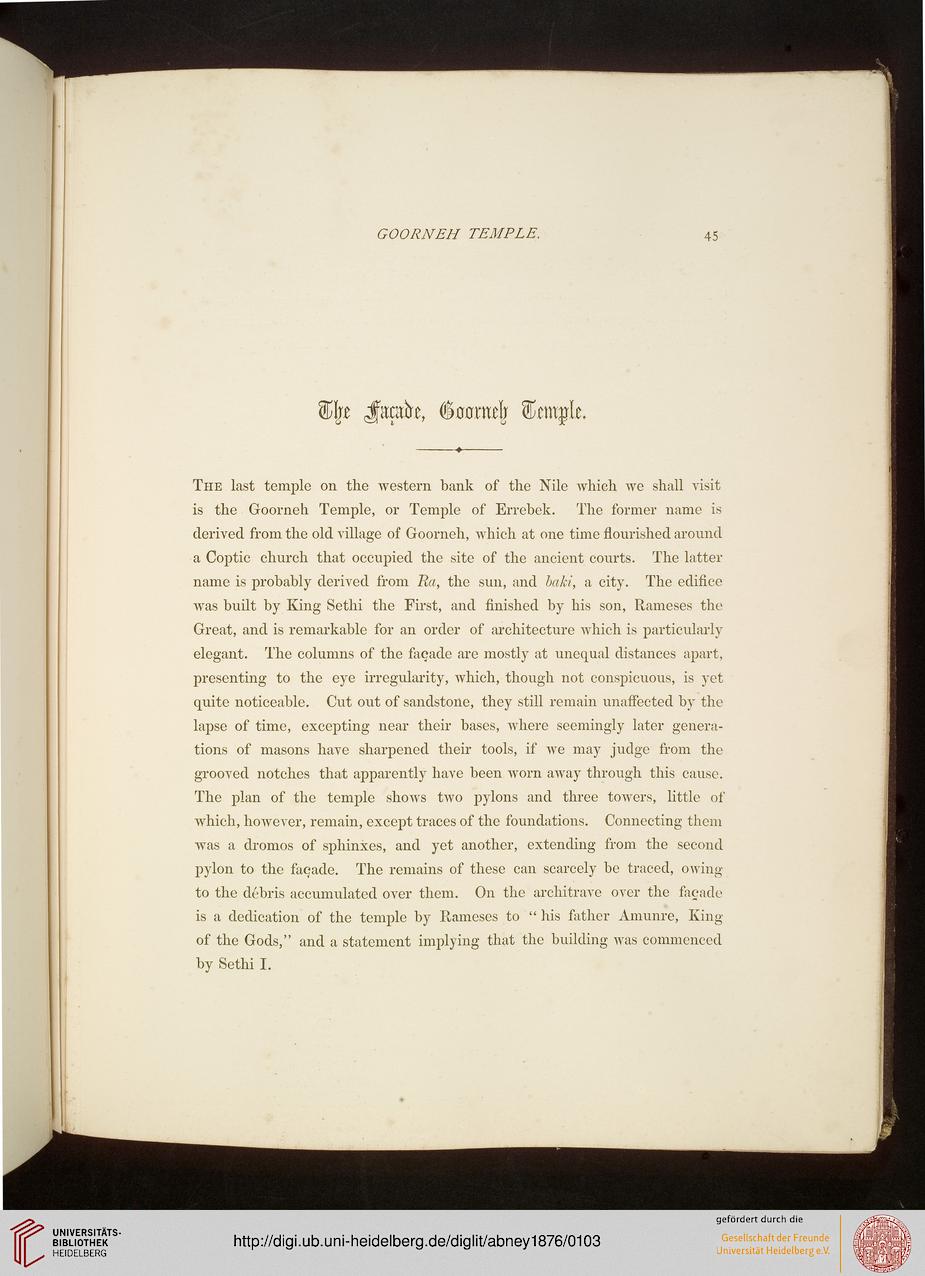 The last temple on the western bank of the Nile Avhich we shall visit
is the Goorneh Temple, or Temple of Errebek. The former name is
derived from the old village of Goorneh, which at one time flourished around
a Coptic church that occupied the site of the ancient courts. The latter
name is probably derived from Ra, the sun, and baki, a city. The edifice
was built by King Sethi the First, and finished by his son, Rameses the
Great, and is remarkable for an order of architecture which is particularly
elegant. The columns of the facade are mostly at unequal distances apart,
presenting to the eye irregularity, which, though not conspicuous, is yet
quite noticeable. Cut out of sandstone, they still remain unaffected by the
lapse of time, excepting near their bases, where seemingly later genera-
tions of masons have sharpened their tools, if we may judge from the
grooved notches that apparently have been worn away through this cause.
The plan of the temple shows two pylons and three towers, little of
which, however, remain, except traces of the foundations. Connecting them
was a dromos of sphinxes, and yet another, extending from the second
pylon to the faqade. The remains of these can scarcely be traced, owing
to the debris accumulated over them. On the architrave over the facade
is a dedication of the temple by Rameses to " his father Amunre, King
of the Gods," and a statement implying that the building was commenced
by Sethi I.