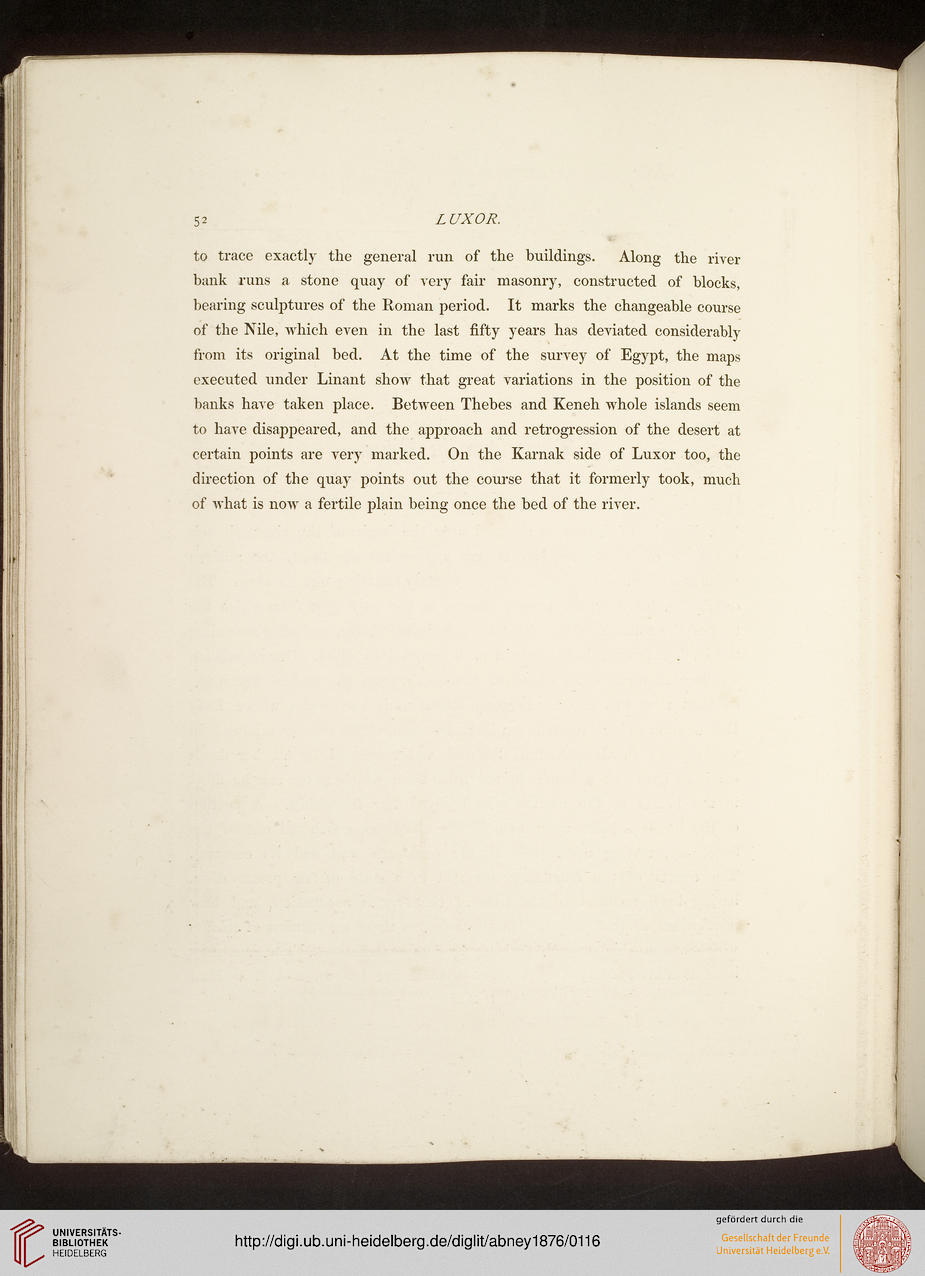 to trace exactly the general run of the buildings. Along the river
bank runs a stone quay of very fair masonry, constructed of blocks,
bearing sculptures of the Roman period. It marks the changeable course
of the Nile, which even in the last fifty years has deviated considerably
from its original bed. At the time of the survey of Egypt, the maps
executed under Linant show that great variations in the position of the
banks have taken place. Between Thebes and Keneh whole islands seem
to have disappeared, and the approach and retrogression of the desert at
certain points are very marked. On the Karnak side of Luxor too, the
direction of the quay points out the course that it formerly took, much
of what is now a fertile plain being once the bed of the river.