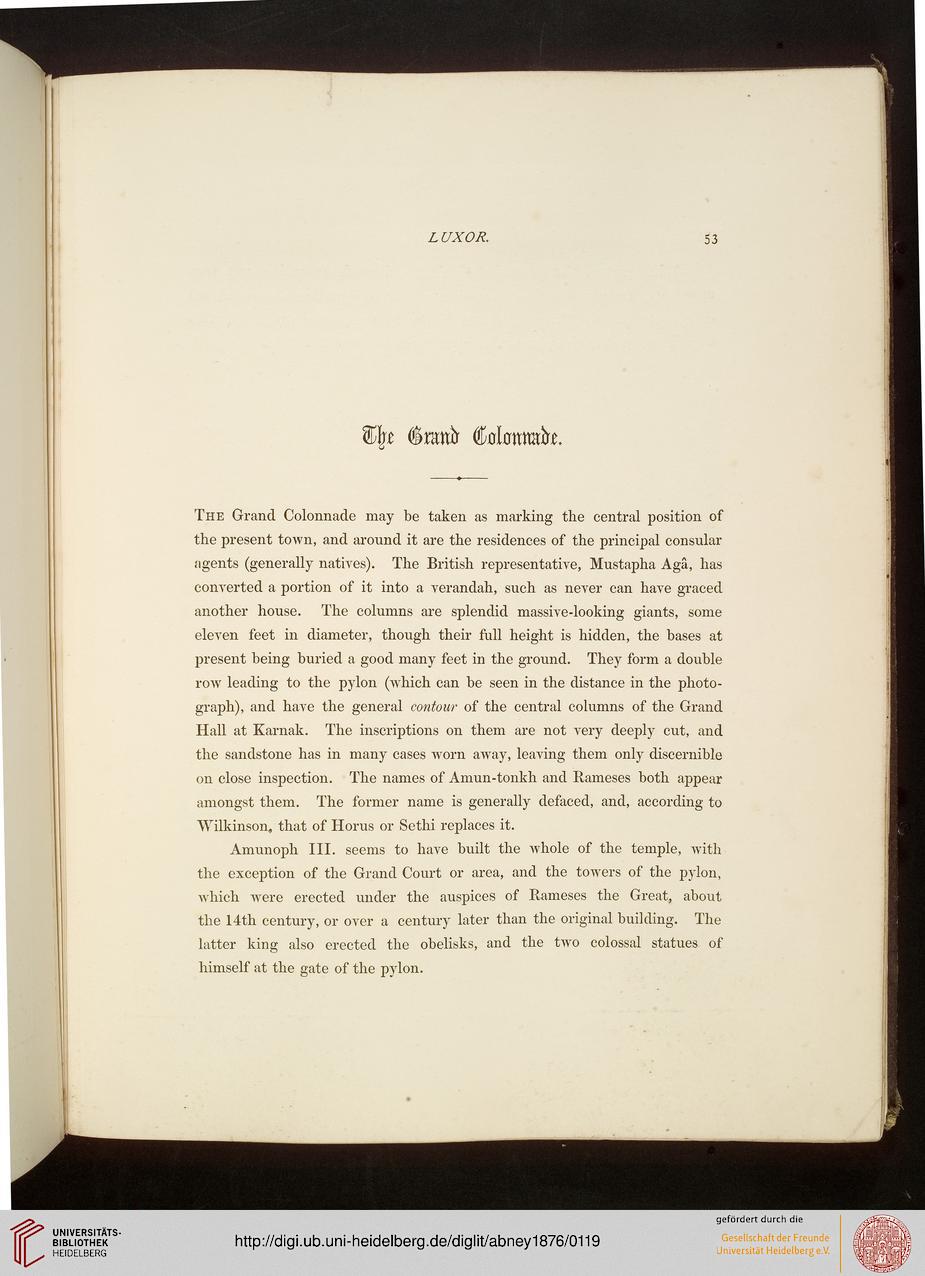 The Grand Colonnade may be taken as marking the central position of
the present toAvn, and around it are the residences of the principal consular
agents (generally natives). The British representative, Mustapha Aga, has
converted a portion of it into a verandah, such as never can have graced
another house. The columns are splendid massive-looking giants, some
eleven feet in diameter, though their full height is hidden, the bases at
present being buried a good many feet in the ground. They form a double
row leading to the pylon (which can be seen in the distance in the photo-
graph), and have the general contour of the central columns of the Grand
Hall at Karnak. The inscriptions on them are not very deeply cut, and
the sandstone has in many cases worn away, leaving them only discernible
on close inspection. The names of Amun-tonkh and Rameses both appear
amongst them. The former name is generally defaced, and, according to
Wilkinson, that of Horus or Sethi replaces it.

Amunoph III. seems to have built the whole of the temple, with
the exception of the Grand Court or area, and the towers of the pylon,
which were erected under the auspices of Rameses the Great, about
the 14th century, or over a century later than the original building. The
latter king also erected the obelisks, and the two colossal statues of
himself at the gate of the pylon.