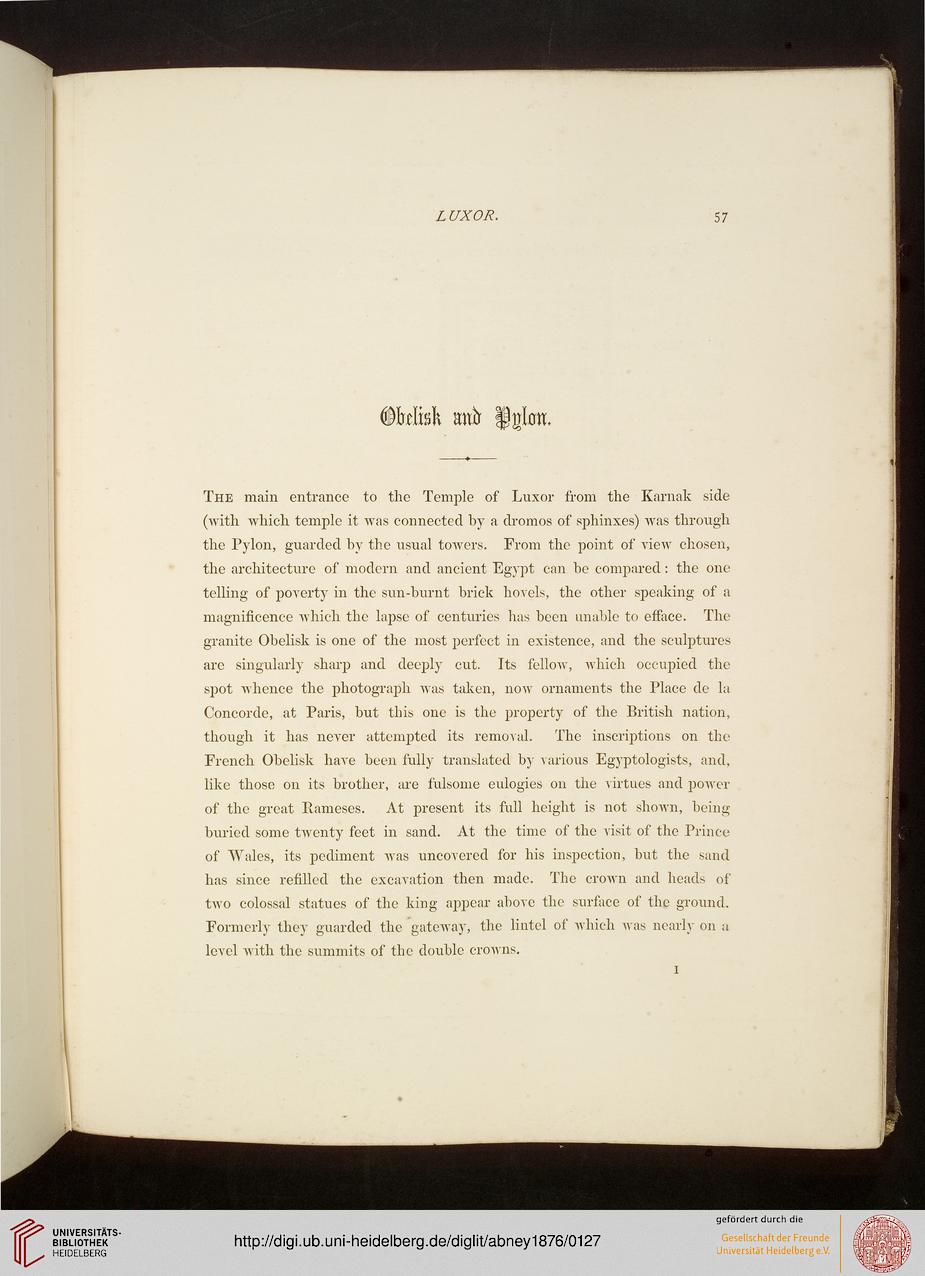 the Pylon, guarded by the usual towers. From the point of view chosen,

the architecture of modern and ancient Egypt can be compared: the one

telling of poverty in the sun-burnt brick hovels, the other speaking of a

magnificence which the lapse of centuries has been unable to efface. The

granite Obelisk is one of the most perfect in existence, and the sculptures

are singularly sharp and deeply cut. Its fellow, which occupied the

Concorde, at Paris, but this one is the property of the British nation,

though it has never attempted its removal. The inscriptions on the

French Obelisk have been fully translated by various Egyptologists, and,

like those on its brother, are fulsome eulogies on the virtues and power

of the great Pameses. At present its full height is not shown, being

buried some twenty feet in sand. At the time of the visit of the Prince

of Wales, its pediment was uncovered for his inspection, but the sand

has since refilled the excavation then made. The crown and heads of

two colossal statues of the king appear above the surface of the ground.

Formerly they guarded the gateway, the lintel of which was nearly on a

level with the summits of the double crowns.