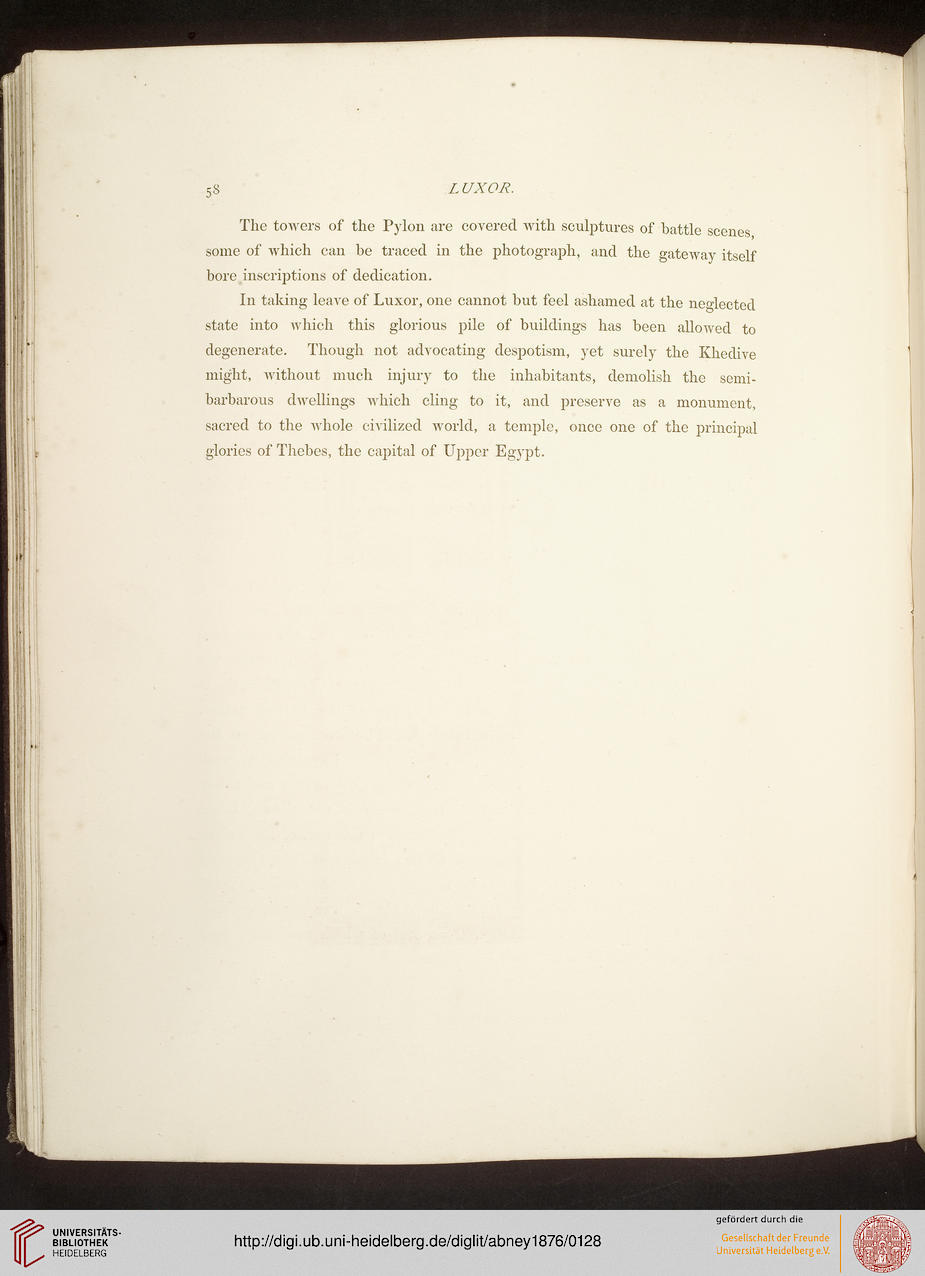 The towers of the Pylon are covered with sculptures of battle scenes
some of which can be traced in the photograph, and the gateway itself
bore inscriptions of dedication.

In taking leave of Luxor, one cannot but feel ashamed at the neglected
state into which this glorious pile of buildings has been allowed to
degenerate. Though not advocating despotism, yet surely the Khedive
might, without much injury to the inhabitants, demolish the semi-
barbarous dwellings which cling to it, and preserve as a monument,
sacred to the whole civilized world, a temple, once one of the principal
glories of Thebes, the capital of Upper Egypt.