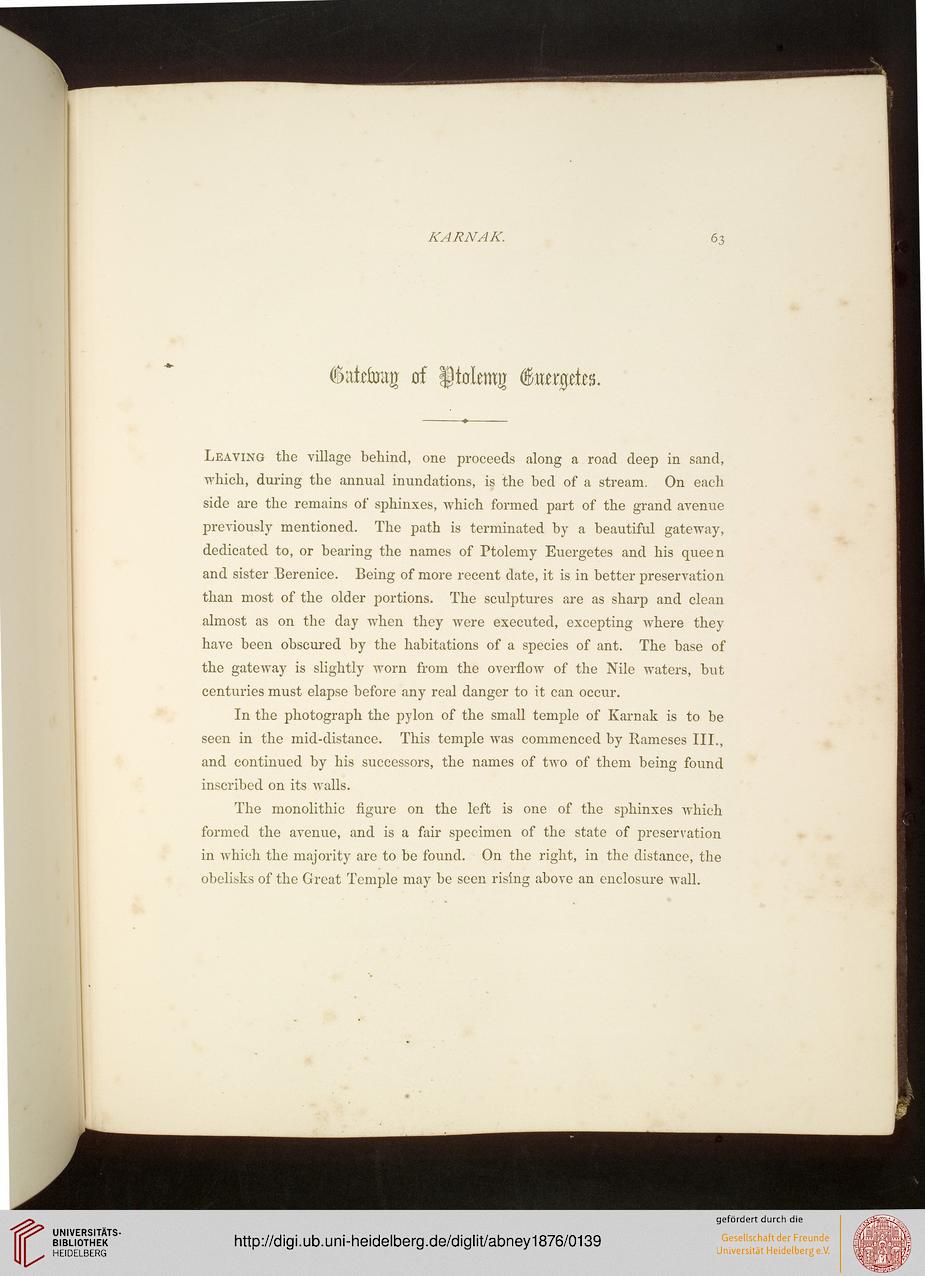 Leaving the village behind, one proceeds along a road deep in sand,
which, during the annual inundations, is the bed of a stream. On each
side are the remains of sphinxes, which formed part of the grand avenue
previously mentioned. The path is terminated by a beautiful gateway,
dedicated to, or bearing the names of Ptolemy Euergetes and his queen
and sister Berenice. Being of more recent date, it is in better preservation
than most of the older portions. The sculptures are as sharp and clean
almost as on the day when they were executed, excepting where they
have been obscured by the habitations of a species of ant. The base of
the gateway is slightly worn from the overflow of the Nile waters, but
centuries must elapse before any real danger to it can occur.

In the photograph the pylon of the small temple of Karnak is to be
seen in the mid-distance. This temple was commenced by Barneses III.,
and continued by his successors, the names of two of them being found
inscribed on its Avails.

The monolithic figure on the left is one of the sphinxes which
formed the avenue, and is a fair specimen of the state of preservation
in which the majority are to be found. On the right, in the distance, the
obelisks of the Great Temple may be seen rising above an enclosure wall.