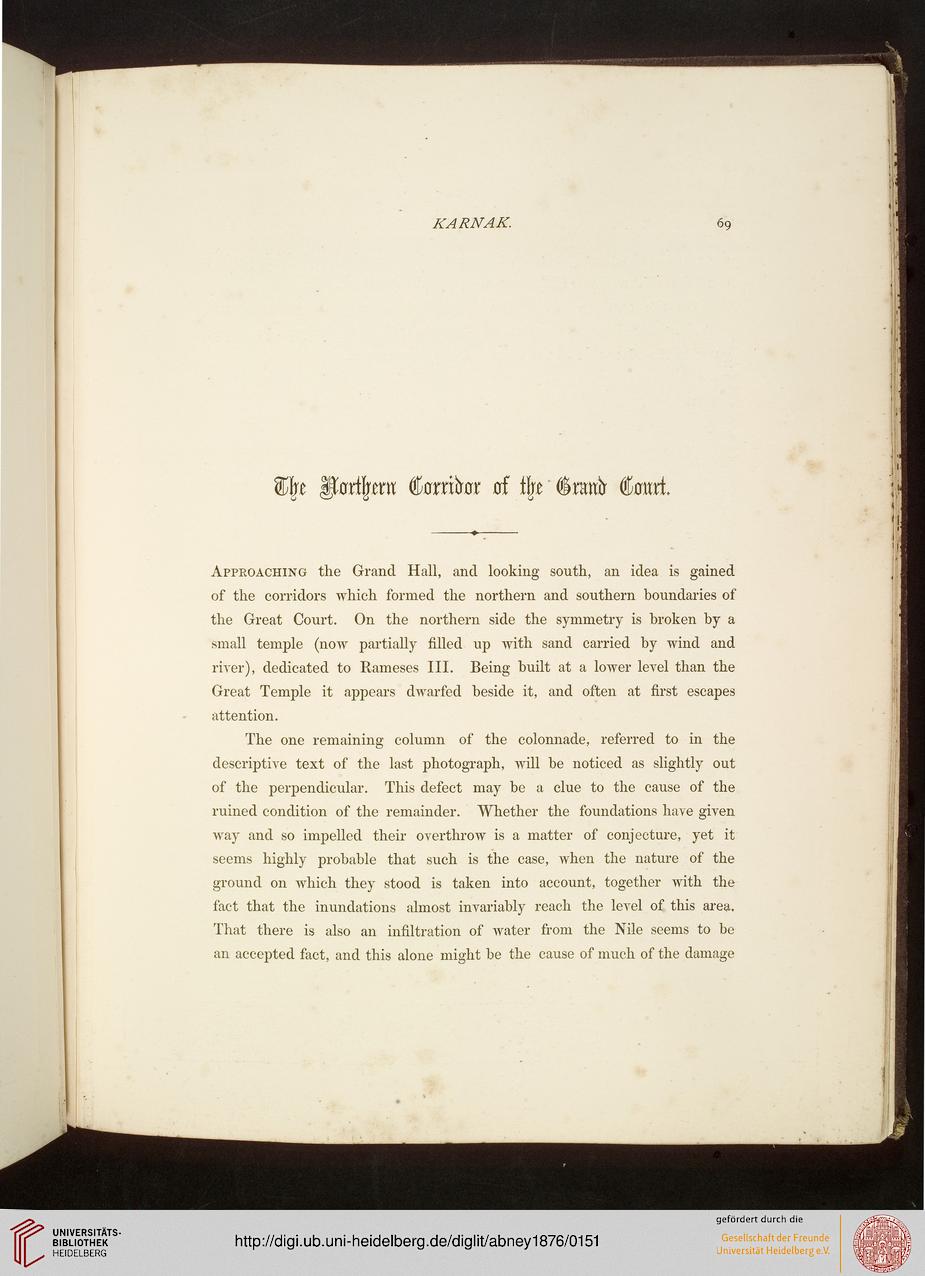 Approaching the Grand Hall, and looking south, an idea is gained
of the corridors which formed the northern and southern boundaries of
the Great Court. On the northern side the symmetry is broken by a
small temple (now partially filled up with sand carried by wind and
river), dedicated to Rameses III. Being built at a lower level than the
Great Temple it appears dwarfed beside it, and often at first escapes
attention.

The one remaining column of the colonnade, referred to in the
descriptive text of the last photograph, will be noticed as slightly out
of the perpendicular. This defect may be a clue to the cause of the
ruined condition of the remainder. Whether the foundations have given
way and so impelled their overthrow is a matter of conjecture, yet it
seems highly probable that such is the case, when the nature of the
ground on which they stood is taken into account, together with the
fact that the inundations almost invariably reach the level of this area.
That there is also an infiltration of water from the Nile seems to be
an accepted fact, and this alone might be the cause of much of the damage