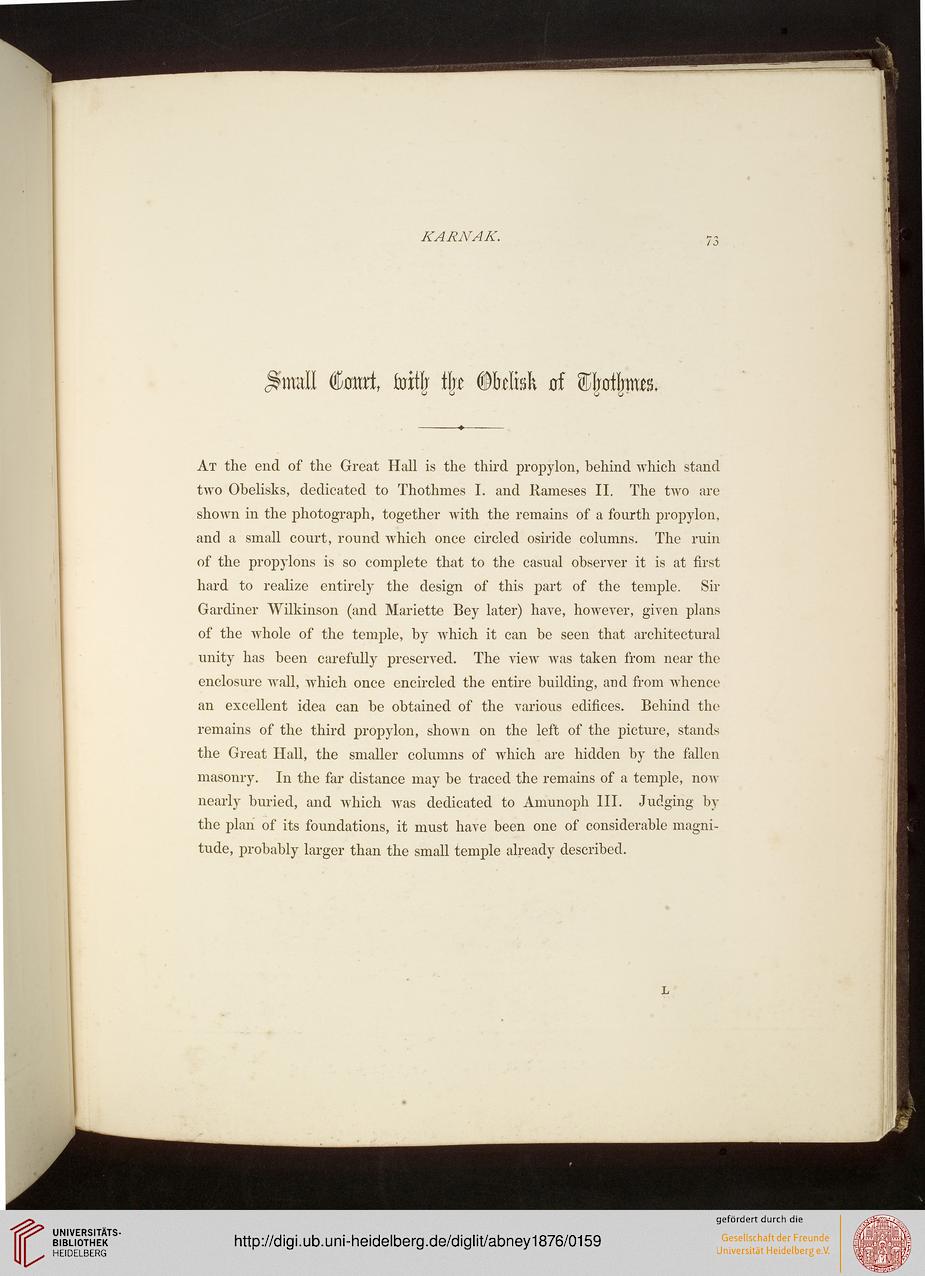 At the end of the Great Hall is the third propylon, behind which stand
two Obelisks, dedicated to Thothmes I. and Barneses II. The two are
shown in the photograph, together with the remains of a fourth propylon,
and a small court, round which once circled osiride columns. The ruin
of the propylons is so complete that to the casual observer it is at first
hard to realize entirely the design of this part of the temple. Sir
Gardiner Wilkinson (and Mariette Bey later) have, however, given plans
of the whole of the temple, by which it can be seen that architectural
unity has been carefully preserved. The view was taken from near the
enclosure wall, which once encircled the entire building, and from whence
an excellent idea can be obtained of the various edifices. Behind the
remains of the third propylon, shown on the left of the picture, stands
the Great Hall, the smaller columns of which are hidden by the fallen
masonry. In the far distance may be traced the remains of a temple, now
nearly buried, and which was dedicated to Amunoph III. Judging by
the plan of its foundations, it must have been one of considerable magni-
tude, probably larger than the small temple already described.