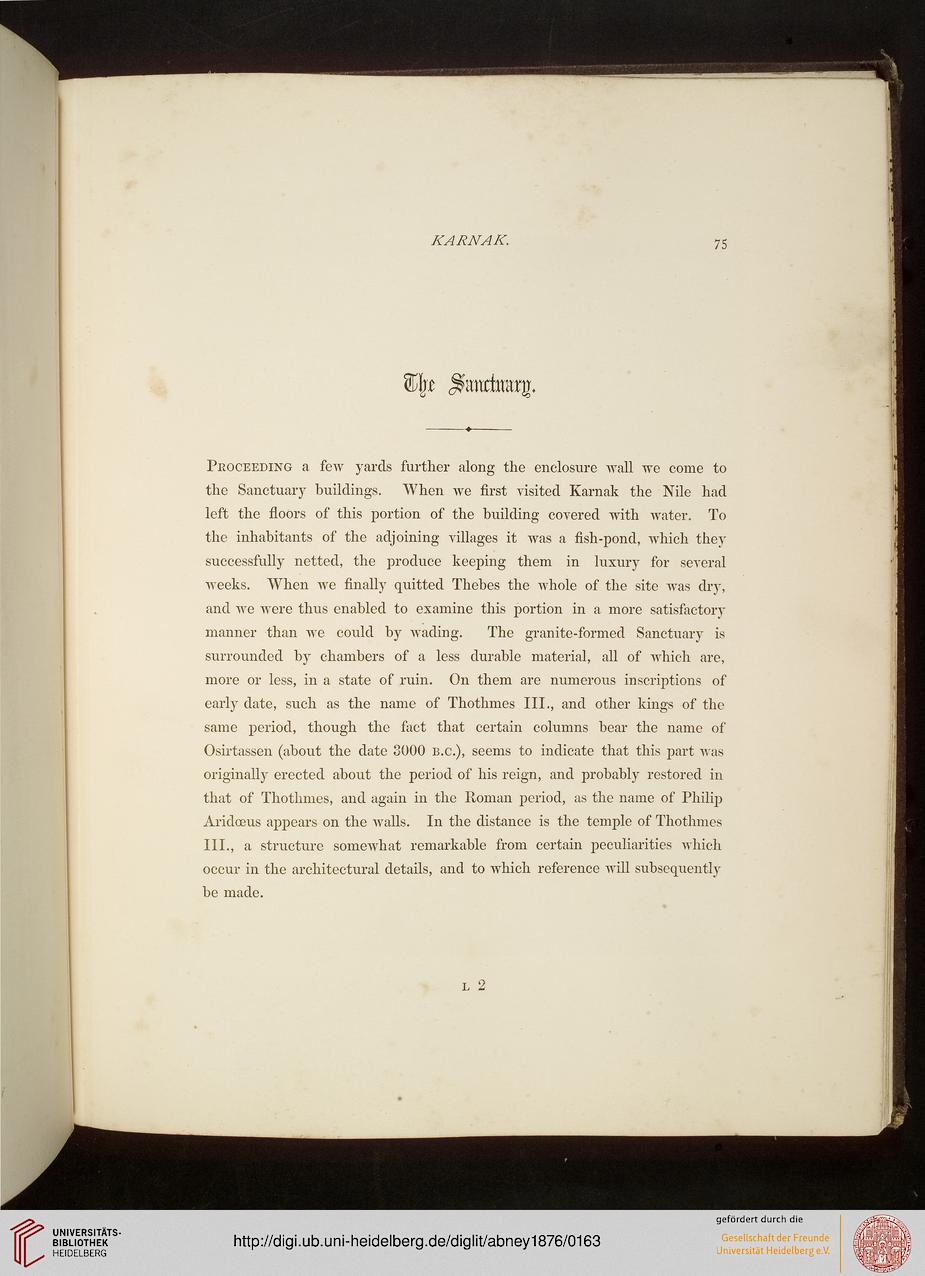 Proceeding a feAv yards further along the enclosure wall we come to
the Sanctuary buildings. When we first visited Karnak the Nile had
left the floors of this portion of the building covered with water. To
the inhabitants of the adjoining villages it was a fish-pond, which they
successfully netted, the produce keeping them in luxury for several
weeks. When we finally quitted Thebes the whole of the site was dry,
and we were thus enabled to examine this portion in a more satisfactory
manner than Ave could by wading. The granite-formed Sanctuary is
surrounded by chambers of a less durable material, all of which are,
more or less, in a state of ruin. On them are numerous inscriptions of
early date, such as the name of Thothmes III., and other kings of the
same period, though the fact that certain columns bear the name of
Osirtassen (about the date 3000 B.C.), seems to indicate that this part was
originally erected about the period of his reign, and probably restored in
that of Thothmes, and again in the Roman period, as the name of Philip
Aridoeus appears on the walls. In the distance is the temple of Thothmes
III., a structure somewhat remarkable from certain peculiarities which
occur in the architectural details, and to which reference will subsequently
be made.