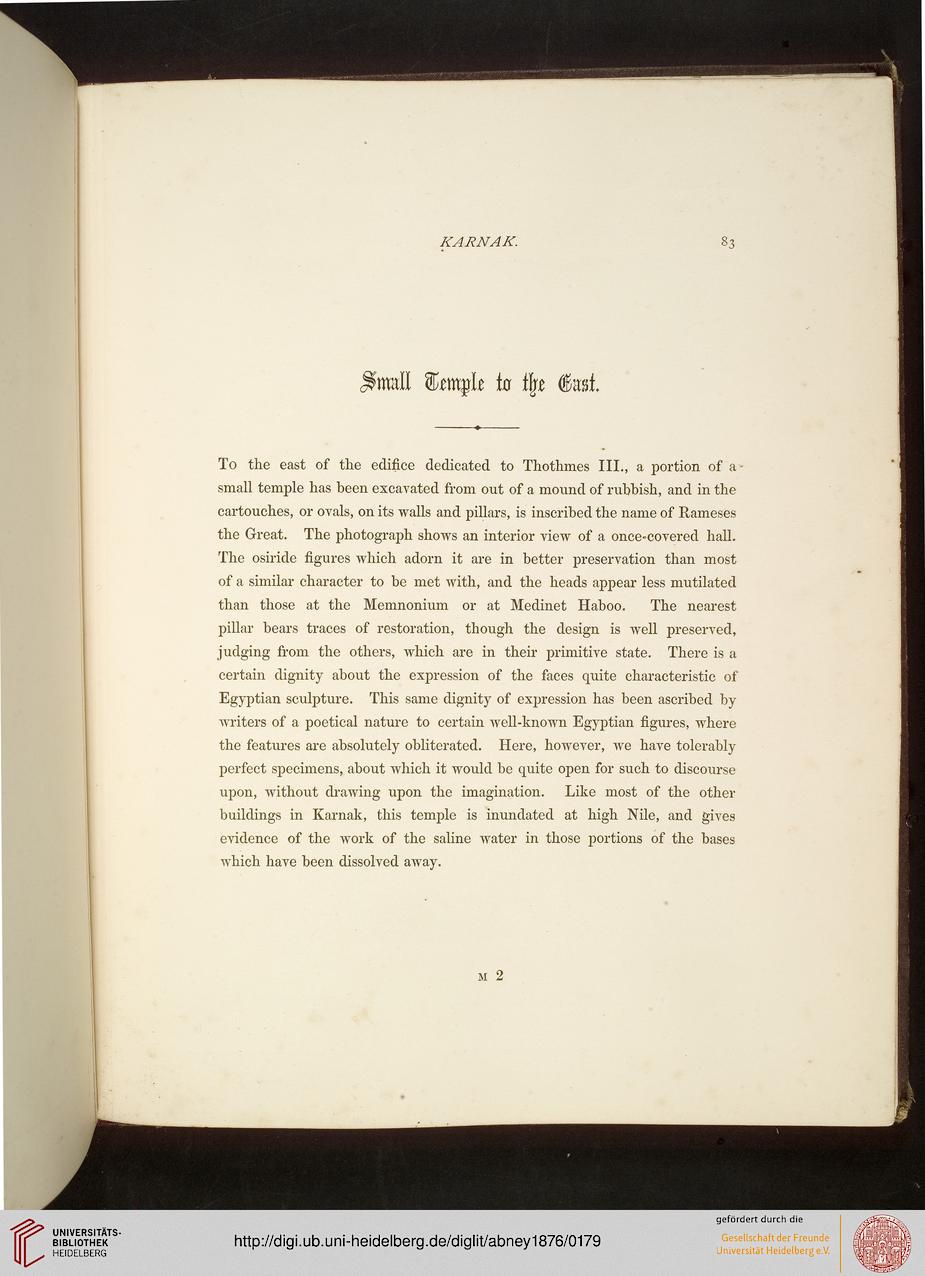 To the east of the edifice dedicated to Thothmes III., a portion of a-
small temple has been excavated from out of a mound of rubbish, and in the
cartouches, or ovals, on its walls and pillars, is inscribed the name of Rameses
the Great. The photograph shows an interior view of a once-covered hall.
The osiride figures which adorn it are in better preservation than most
of a similar character to be met with, and the heads appear less mutilated
than those at the Memnonium or at Medinet Haboo. The nearest
pillar bears traces of restoration, though the design is well preserved,
judging from the others, which are in their primitive state. There is a
certain dignity about the expression of the faces quite characteristic of
Egyptian sculpture. This same dignity of expression has been ascribed by
writers of a poetical nature to certain well-known Egyptian figures, where
the features are absolutely obliterated. Here, however, we have tolerably
perfect specimens, about which it would be quite open for such to discourse
upon, without drawing upon the imagination. Like most of the other
buildings in Karnak, this temple is inundated at high Nile, and gives
evidence of the work of the saline water in those portions of the bases
which have been dissolved away.