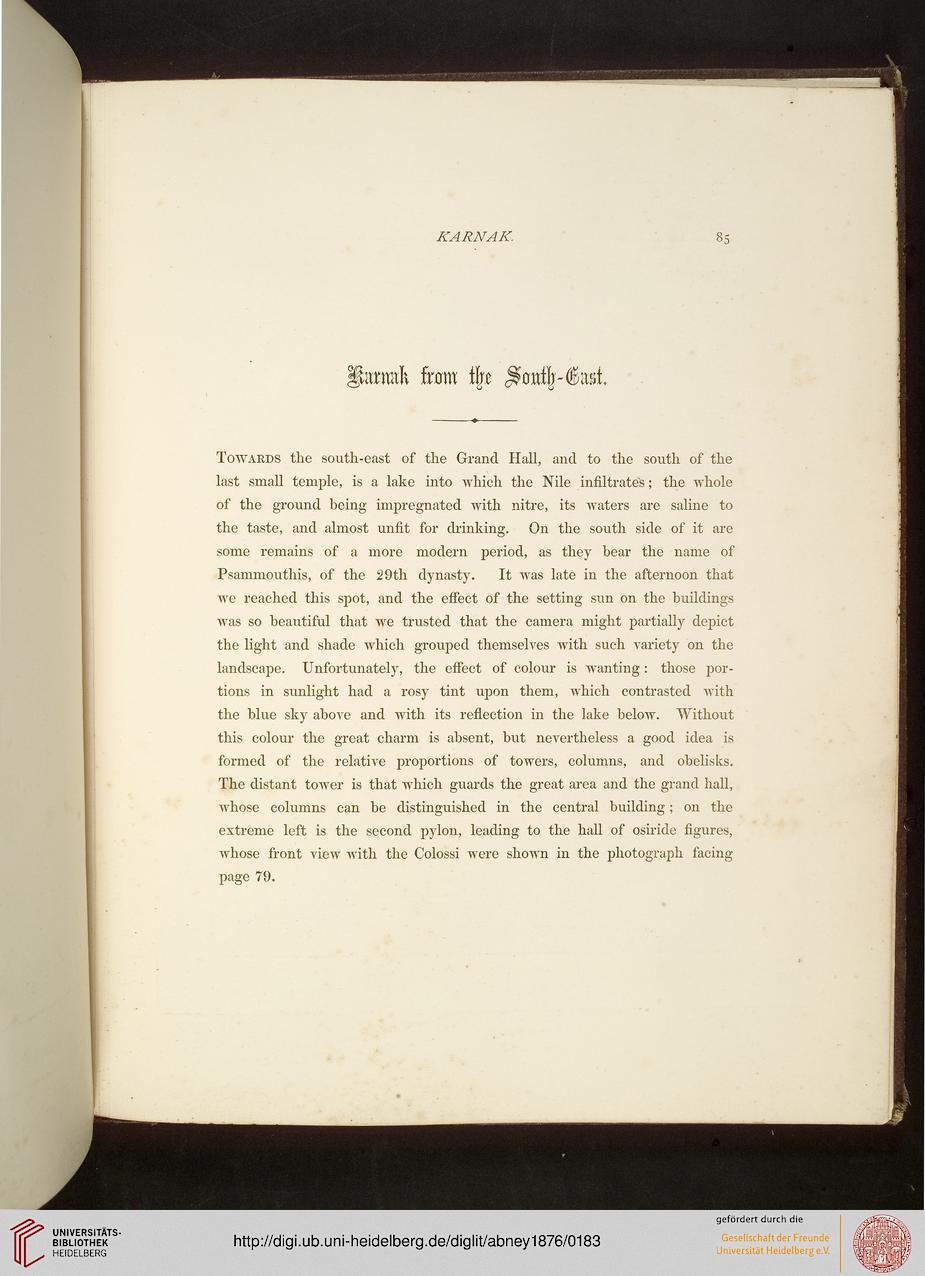 Towards the south-east of the Grand Hall, and to the south of the
last small temple, is a lake into which the Nile infiltrates; the whole
of the ground being impregnated with nitre, its waters are saline to
the taste, and almost unfit for drinking. On the south side of it are
some remains of a more modern period, as they bear the name of
Psammouthis, of the 29th dynasty. It was late in the afternoon that
we reached this spot, and the effect of the setting sun on the buildings
was so beautiful that we trusted that the camera might partially depict
the light and shade which grouped themselves with such variety on the
landscape. Unfortunately, the effect of colour is wanting: those por-
tions in sunlight had a rosy tint upon them, which contrasted with
the blue sky above and with its reflection in the lake below. Without
this colour the great charm is absent, but nevertheless a good idea is
formed of the relative proportions of towers, columns, and obelisks.
The distant tower is that which guards the great area and the grand hall,
whose columns can be distinguished in the central building; on the
extreme left is the second pylon, leading to the hall of osiride figures,
whose front view with the Colossi were shown in the photograph facing
page 79.