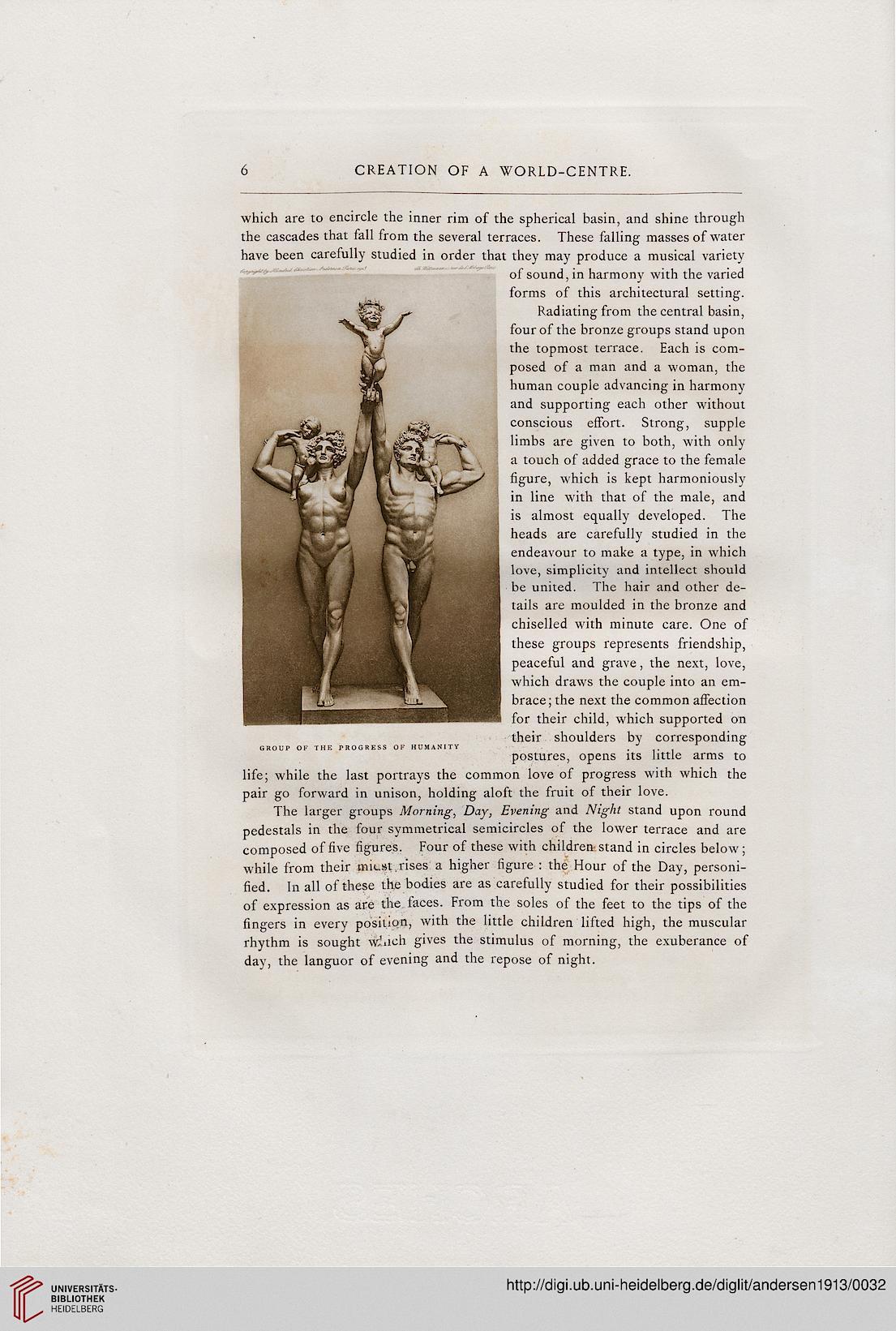 which are to encircle the inner rim of the spherical basin, and shine through
the cascades that fall from the several terraces. These falling masses of water
have been carefully studied in order that they may produce a musical variety

of sound, in harmony with the varied
forms of this architectural setting.

Radiating from the central basin,
four of the bronze groups stand upon
the topmost terrace. Each is com-
posed of a man and a woman, the
human couple advancing in harmony
and supporting each other without
conscious effort. Strong, supple
limbs are given to both, with only
a touch of added grace to the female
figure, which is kept harmoniously
in line with that of the male, and
is almost equally developed. The
heads are carefully studied in the
endeavour to make a type, in which
love, simplicity and intellect should
be united. The hair and other de-
tails are moulded in the bronze and
chiselled with minute care. One of
these groups represents friendship,
peaceful and grave, the next, love,
which draws the couple into an em-
brace; the next the common affection
for their child, which supported on
their shoulders by corresponding

GROUP OF THE PROGRESS OK HUMANITY

postures, opens its little arms to
life; while the last portrays the common love of progress with which the
pair go forward in unison, holding aloft the fruit of their love.

The larger groups Morning, Day, Evening and Night stand upon round
pedestals in the four symmetrical semicircles of the lower terrace and are
composed of five figures. Four of these with children stand in circles below ;
while from their nucst.rises a higher figure : the Hour of the Day, personi-
fied. In all of these the bodies are as carefully studied for their possibilities
of expression as are the faces. From the soles of the feet to the tips of the
fingers in every position, with the little children lifted high, the muscular
rhythm is sought V&uch gives the stimulus of morning, the exuberance of
day, the languor of evening and the repose of night.