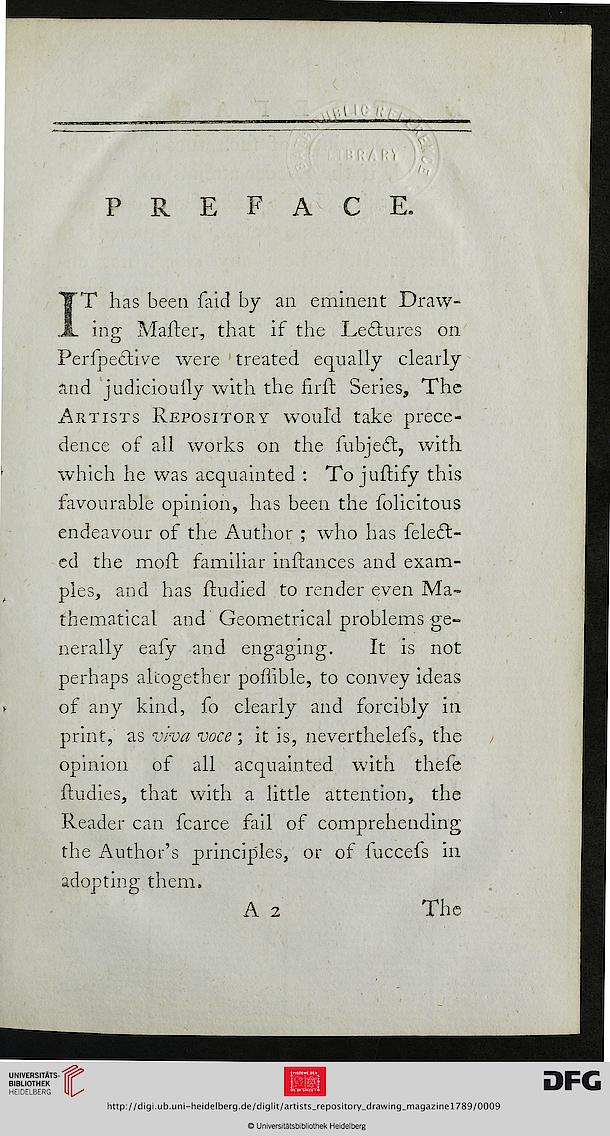 : . id;/, in ; c
A'' ■ />,
PREFACE.
IT has been said by an eminent Draw-
ing Maher, that if the Ledtures on
Perspedtive were treated equally clearly
and judicioully with the hrst Series, The
Artists Repository would take prece-
dence of ail works on the subjebl, with
which he was acquainted : To justify this
favourable opinion, has been the solicitous
endeavour of the Author ; who has selebt-
cd the moh familiar inhances and exam-
ples, and has hudied to render even Ma-
thematical and Geometrical problems ge-»
nerally easy and engaging. It is not
perhaps altogether possible, to convey ideas
of any kind, so clearly and forcibly in
print, as viva voce ; it is, nevertheless, the
opinion of all acquainted with these
{Indies, that with a little attention, the
Reader can scarce fail of comprehending
the Author’s principles, or of success in
adopting them,
A 2