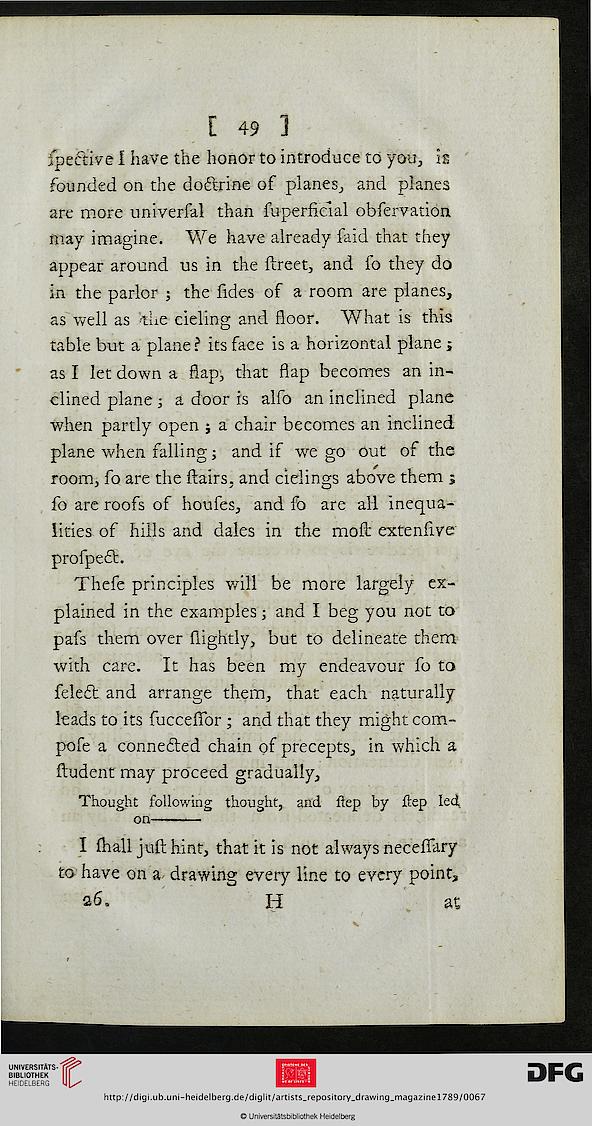 Information about OCR text
[ 49 ]
spective I have the honor to introduce to you. Is
sounded on the doftrine of planes, and planes
are more universal than superfieial observation
may imagine. We have already said that they
appear around us in the street, and so they do
in the parlor the Tides of a room are planes,
as well as -the cieling and ssoor. What is this
table but a plane? its face is a horizontal plane j
as I let down a ssap, that ssap becomes an in-
clined plane a door is also an inclined plane
when partly open ; a chair becomes an inclined
plane when falling; and if we go out of the
room, so are the slairs, and cielings above them ;
so are roofs of houses, and so are all inequa-
lities of hills and dales in the most extensive
prospedt.
These principles will be more largely ex-
plained in the examples; and I beg you not to
pass them over slightly, but to delineate them
with care. It has been my endeavour so to
seledb and arrange them, that each naturally
leads to its successsor ; and that they might com-
pose a connedled chain of precepts, in which a
sludent may proceed gradually.
Thought following thought, and step by step led
on-
I (hall just hint, that it is not always necesiary
to have on a drawing every line to every point,
26. H at