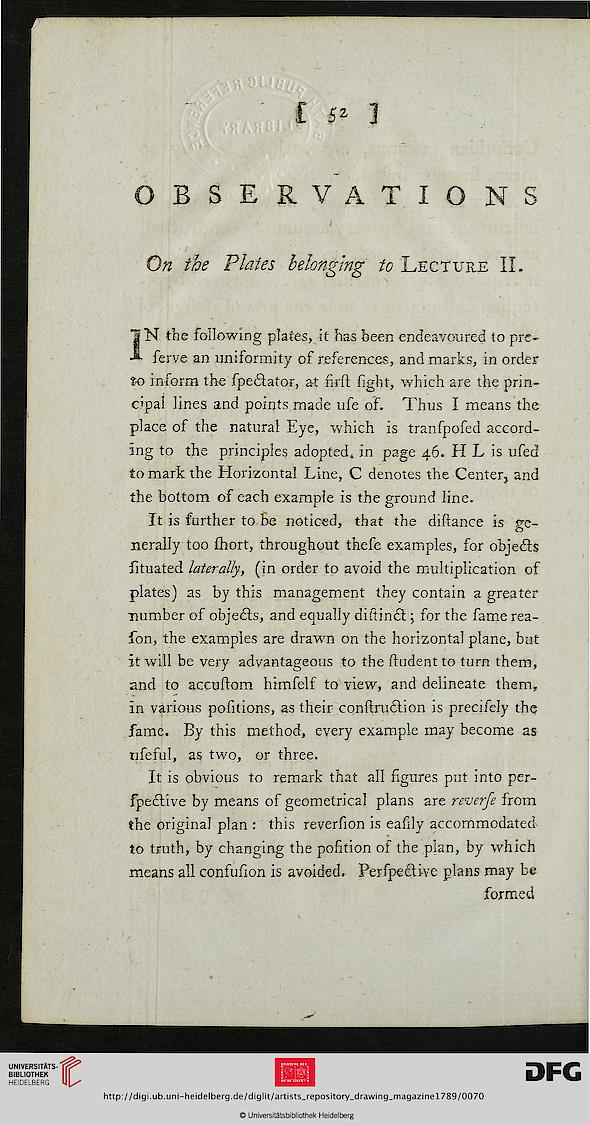 Information about OCR text
I S1 ]

OBSERVATIONS
On the Plates belonging to Lecture IL

1N the following plates, it has been endeavoured to prc-
serve an uniformity of references, and marks, in order
to inform the spedlator, at nrst sight, which are the prin-
cipal lines and points made use of. Thus I means the
place of the natural Eye, which is transposed accord-
ing to the principles adopted, in page 46. H L is used
to mark the Horizontal Line, C denotes the Center, and
the bottom of each example is the ground line.
It is surther to be noticed, that the distance is ge-
nerally too short, throughout these examples, for objedts
situated later ally, (in order to avoid the multiplication of
plates) as by this management they contain a greater
number of objects, and equally distindt; for the same rea-
son, the examples are drawn on the horizontal plane, but
it will be very advantageous to the student to turn them,
and to accustom himself to view, and delineate them,
in various positions, as their constru&ion is precifely the
same. By this method, every example may become as
useful, as two, or three.
It is obvious to remark that all figures put into per-
fpedlive by means of geometrical plans are reverfe from
the original plan : this reversion is eafily accommodated
to truth, by changing the position of the plan, by which
means all confusion is avoided. Perspedlive plans may be
formed