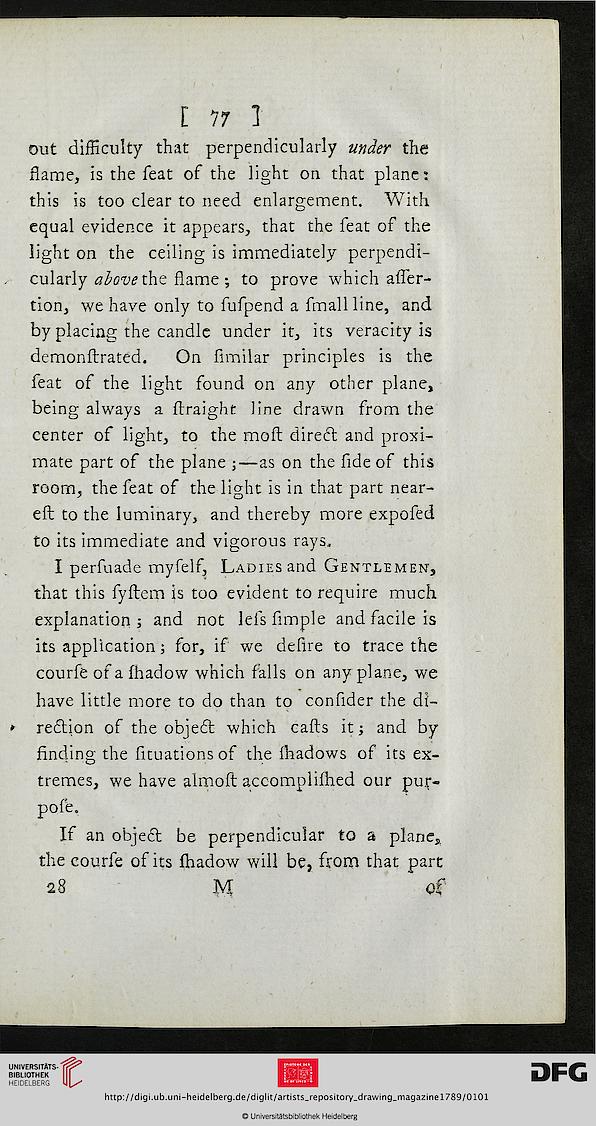 Information about OCR text
[ 77 1
out difficulty that perpendicularly under the
dame, is the seat of the light on that plane:
this is too clear to need enlargement. With
equal evidence it appears, that the seat of the
light on the ceiling is immediately perpendi-
cularly above the ssame ; to prove which alTer-
tion, we have only to suspend a smallline, and
by placing the candle under it, its veracity is
demonstrated. On similar principles is the
seat of the light found on any other plane,
being always a straight line drawn from the
center of light, to the molt direct and proxi-
mate part of the plane ;—as on the side of this
room, the seat of the light is in that part near-
est to the luminary, and thereby more exposed
to its immediate and vigorous rays.
I persuade myself. Ladies and Gentlemen,
that this system is too evident to require much
explanation ; and not lei's Ample and facile is
its application; for, if we desire to trace the
course of a shadow which falls on any plane, we
have little more to do than to consider the di-
redtion of the objedt which casts it; and by
finding the situationsof the lhadows of its ex-
tremes, we have almost accomplilhed our pur-
pose.
If an objedt be perpendicular to a plane,,
the course of its shadow will be, from that part
28 M os