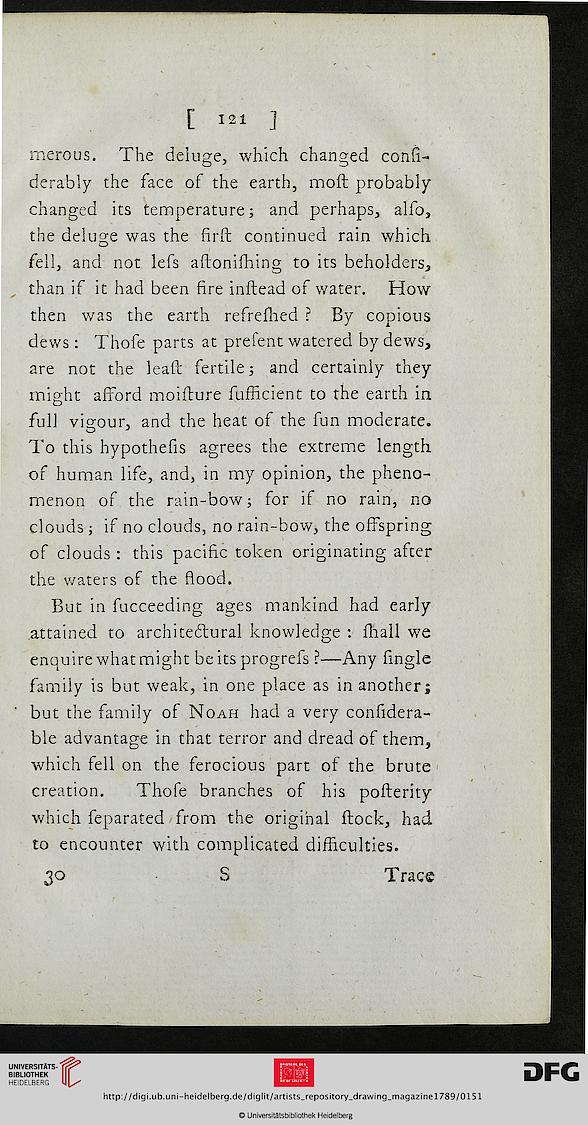 Information about OCR text
[ 121 ]
merous. The deluge, which changed consi-
derably the face of the earth, mod probably
changed its temperature; and perhaps, aid),
the deluge was the first continued rain which
fell, and not less adonissiing to its beholders*
than if it had been fire indead os water. How
then was the earth refrefned ? By copious
dews: Those parts at present watered by dews*
are not the lead fertile 3 and certainly they
might assord moislure sufficient to the earth in
full vigour, and the heat of the sun moderate,
O J
To this hypothesis agrees the extreme length
of human life, and, in my opinion, the pheno-
menon os the rain-bow 3 for if no rain, no
clouds 3 if no clouds, no rain-bow, the offspring
of clouds : this pacific token originating after
the waters of the flood.
But in succeeding ages mankind had early
attained to architectural knowledge : sliall we
enquire what might be its progress ?—Any singlc
family is but weak, in one place as in another;
but the family of Noah had a very considera-
ble advantage in that terror and dread of them*
which fell on the ferocious part of the brute
creation. Those branches of his poderity
which separated from the original slock, had
to encounter with complicated difficulties.
30 S Trace