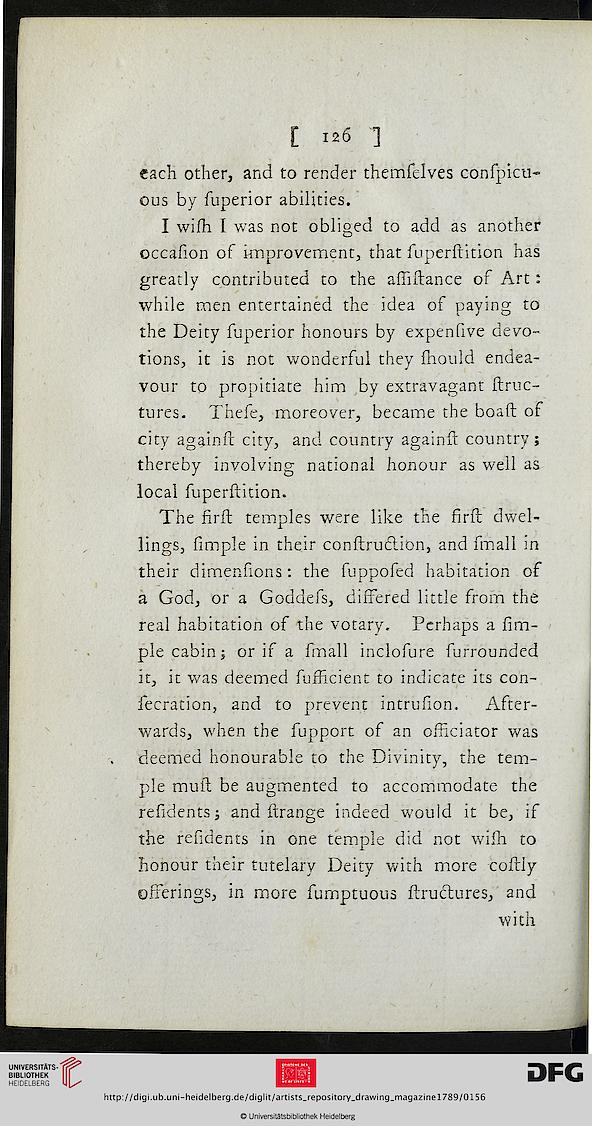 Information about OCR text
C 126 ]
each other, and to render themselves conspicu-
ous by superior abilities.
I wish I was not obliged to add as another
occasion of improvement, that superstition has
greatly contributed to the asiistance of Art:
while men entertained the idea os paying to
the Deity superior honours by expensive devo-
tions, it is not wonderful they should endea-
vour to propitiate him by extravagant struc-
tures. These, moreover, became the boast of
city again st city, and country againft country;
thereby involving national honour as well as
local superstition.
The first temples v/ere like the first dwel-
lings, simple in their construdtion, and small in
their dimensions: the supposed habitation of
a God, or a Goddess, disfered little from the
real habitation of the votary. Perhaps a sim-
ple cabin; or is a small inclosure surrounded
it, it was deemed susficient to indicate its con-
secration, and to prevent intrusion. After-
wards, when the support of an cfficiator was
deemed honourable to the Divinity, the tem-
ple mull be augmented to accommodate the
residents; and strange indeed would it be, if
the residents in one temple did not wish to
honour their tutelary Deity with more costiy
osferings, in more sumptuous struclures, and
with