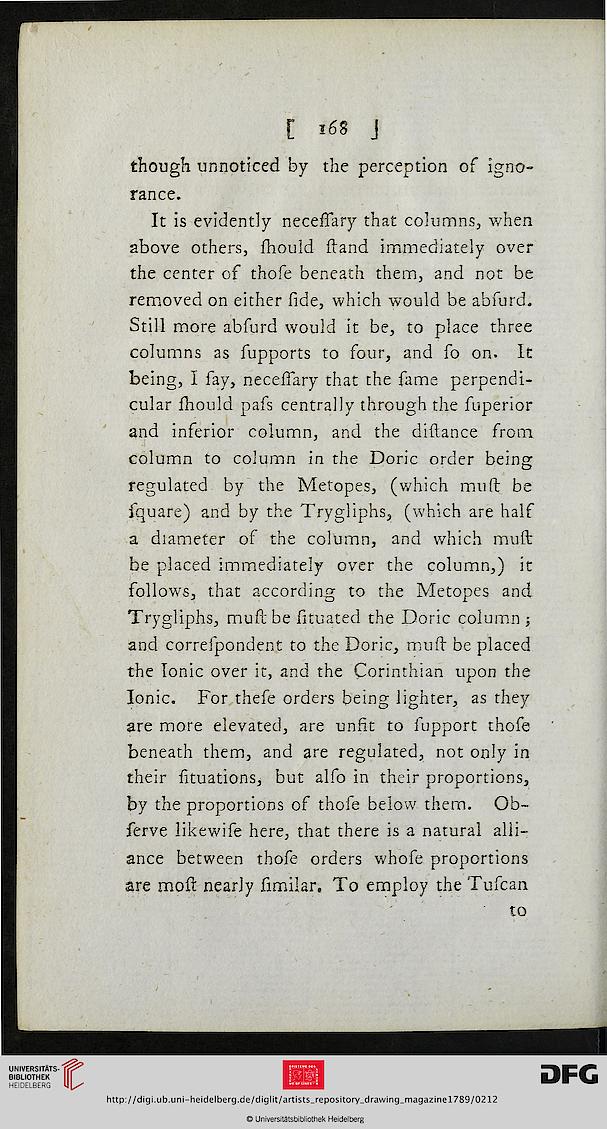 Information about OCR text
[ 168 J
though unnoticed by the perception of igno-
rance.
It is evidently necesFary that columns, when
above others, should stand immediately over
the center of those beneath them, and not be
removed on either side, which would be abfurd.
Still more absurd would it be, to place three
columns as supports to four, and so on. It
being, I say, necestary that the same perpendi-
cular should pass centrally through the superior
and inferior column, and the distance from
column to column in the Doric order being
regulated by the Metopes, (which mud be
square) and by the Trygliphs, (which are hals
a diameter of the column, and which must
be placed immediately over the column,) it
follows, that according to the Metopes and
Trygliphs, must be situated the Doric column ;
and correspondent to the Doric, must be placed
the Ionic over it, and the Corinthian upon the
Ionic. For these orders being lighter, as they
are more elevated, are unfit to support those
beneath them, and are regulated, not only in
their situations, but also in their proportions,
by the proportions of those below them. Ob-
serve likewise here, that there is a natural alli-
ance between those orders whose proportions
are most nearly similar. To employ the Tuscan
to