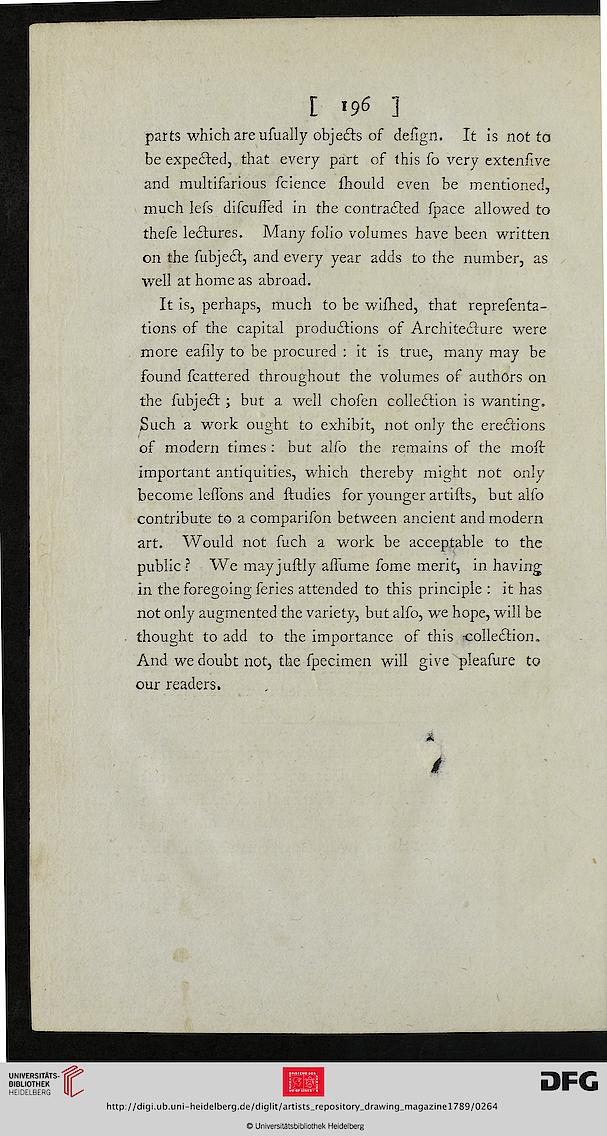 Information about OCR text
[ >96 ]
parts which are usually objects of design. It is not to
be expected, that every part of this so very extensive
and multifarious science should even be mentioned,
much less discusfed in the contracted space allowed to
these lectures. Many folio volumes have been written
on the subjedt, and every year adds to the number, as
•well at home as abroad.
It is, perhaps, much to be wished, that representa-
tions of the capital productions of Architecture were
more easily to be procured : it is true, many may be
sound scattered throughout the volumes os authors on
the subject ; but a well chosen collection is v/anting.
Such a work ought to exhibit, not only the erections
of modern times : but also the remains of the most
important antiquities, which thereby might not only
become lessons and studies for younger artists, but also
contribute to a comparison between ancient and modern
art. Would not such a work be acceptable to the
public ? We mayjustly alTume some merit, in having
in the foregoing series attended to this principle : it has
not only augmented the variety, but also, wre hope, will be
thought to add to the importance of this collebtion.
And we doubt not, the specimen will give pleasure to
our readers.
a
i