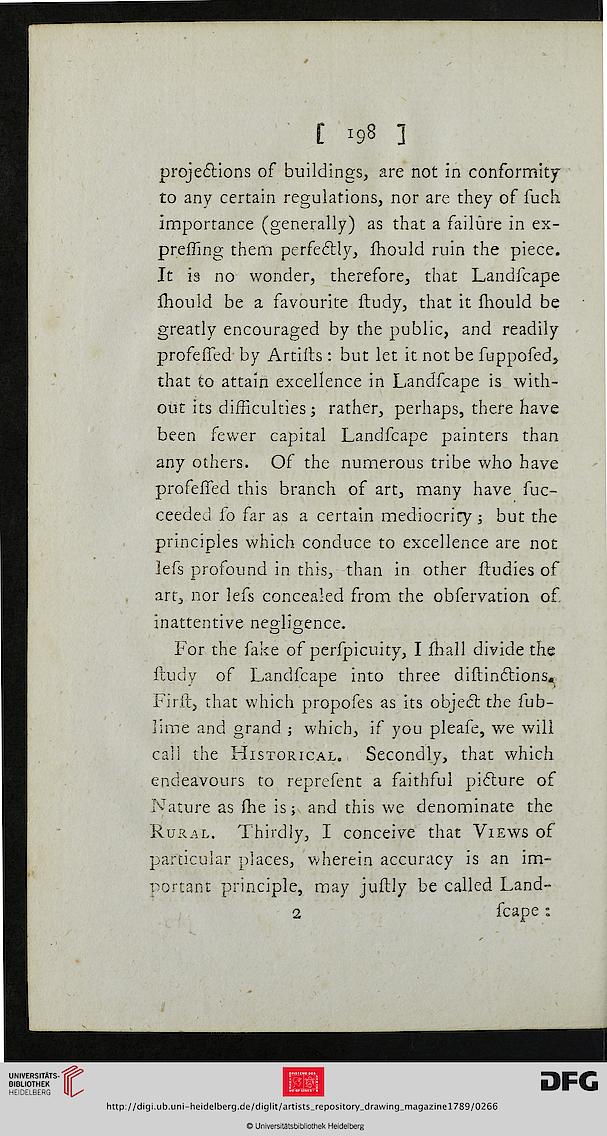 Information about OCR text
[ 'SB ]
projedtions of buildings, are not in conformity'
to any certain regulations, nor are they of such
importance (generally) as that a failure in ex-
p re ssing them persectly, should ruin the piece.
It is no wonder, therefore, that Landscape
should be a favourite study, that it should be
greatly encouraged by the public, and readily
prosessed by Artists : but let it not be supposed,
that to attain excellence in Landscape is with-
out its difficulties; rather, perhaps, there have
been sewer capital Landscape painters than
any others. Of the numerous tribe who have
professed this branch of art, many have suc-
ceeded so far as a certain mediocrity; but the
principles which conduce to excellence are not
less profound in this, than in other studies of
art, nor less concealed from the observation of
inattentive negligence.
O O
For the sake of perspicuity, I Jshall divide the
study of Landscape into three distinftions*
First, that which proposes as its objebt the sub-
lime and grand ; which, if you please, we will
call the Historical. Secondly, that which
endeavours to represent a faithful picture of
Nature as she is; and this we denominate the
Rural. Thirdly, I conceive that Views of
particular places, wherein accuracy is an im-
portant principle, may justly be called Land-
2 scape: