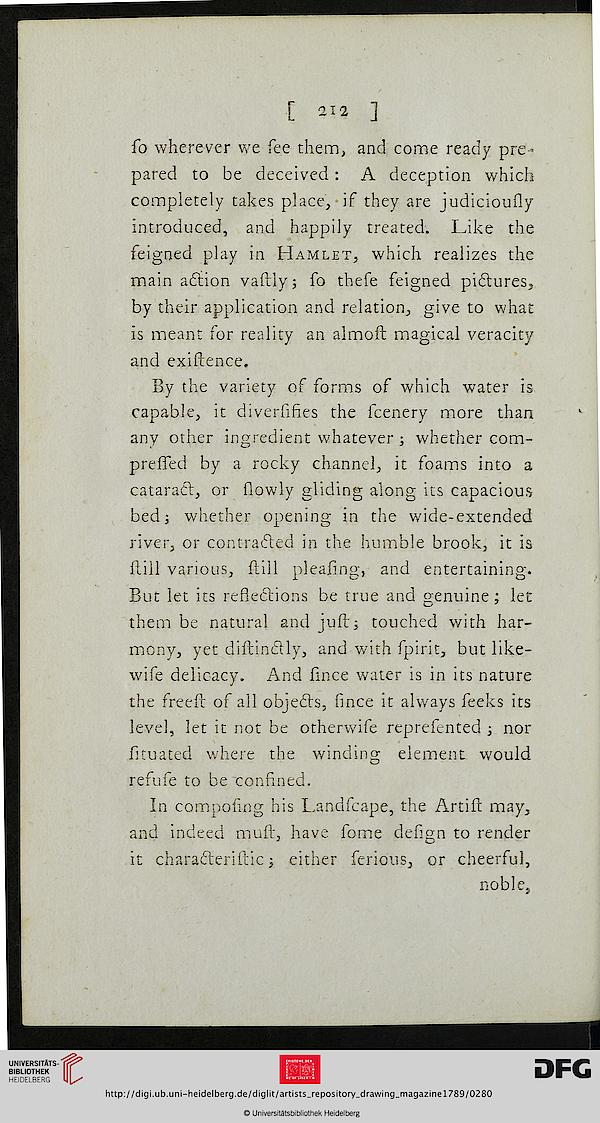 Information about OCR text
[ ]
so wherever we see them, and come ready pre-
pared to be deceived: A deception which
completely takes place, if they are judicioussy
introduced, and happily treated. Like the
feigned play in Hamlet, which realizes the
main adtion vastly; so these feigned pidtures,
by their application and relation, give to what
is meant sor reality an almost magical veracity
and exigence.
By the variety of forms of which water is
capable, it diversifies the scenery more than
any other ingredient whatever 3 whether com-
pressed by a rocky channel, it foams into a
cataract, or slowly gliding along its capacious
bed 3 whether opening in the wide-extended
river, or contracted in the humble brook, it is
still various, {till pleating, and entertaining.
But let its ressections be true and genuine: let
them be natural and just; touched with har-
mony, yet distindtly, and with spirit, but like-
wise delicacy. And smce water is in its nature
the freesfc of all objedts, since it always seeks its
level, let it not be otherwise represented 3 nor
situated where the winding element would
refuse to be confined.
In composing his Landscape, the Artist may,
and indeed must, have sorne design to render
it charadteristic 3 either serious, or cheerful,
noble,