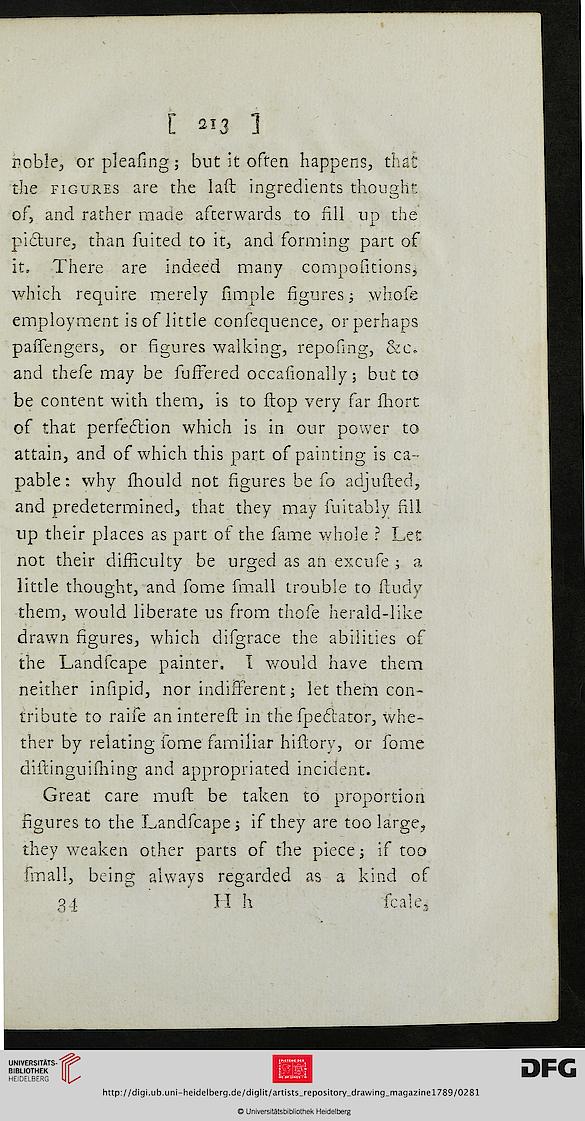 Information about OCR text
[ 213 ]
noble, or pleasing; but it often happens, that
the figures are the last ingredients thought
of, and rather made afterwards to sill up the
picture, than suited to it, and forming part of
it. There are indeed many compositions,
which require merely simple figures; whole
employment is of little consequence, or perhaps
passengers, or figures walking, reposing, &c.
and these may be buffered occasionally; but to
be content with them, is to slop very far short
of that perfection which is in our power to
attain, and of which this part of painting is ca-
pable: why should not figures be so adjusted,
and predetermined, that they may suitabiy fill
up their places as part of the same whole ? Let
not their difficulty be urged as an excuse ; a
little thought, and some small trouble to study
them, would liberate us from those herald-like
drawn figures, which disgrace the abilities of
the Landscape painter, I would have them
neither insipid, nor indisserent; let them con-
tribute to raise an interesb in the speCtator, whe-
ther by relating some familiar history, or some
diifinguidling and appropriated incident.
Great care muss be taken to proportion
sigures to the Landscape j if they are too large,
they weaken other parts of the piece; if too
small, being always regarded as a kind of
34 II h scale.